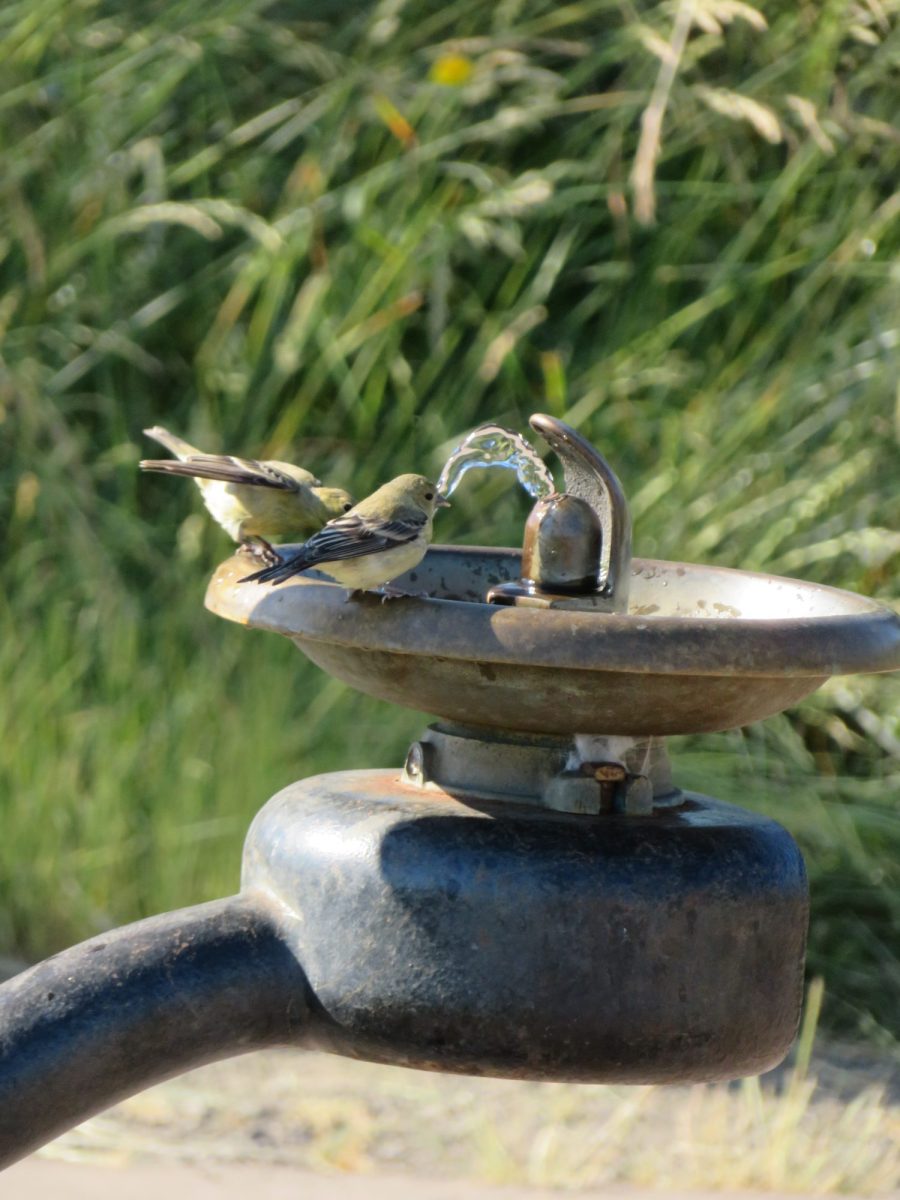 Returning from the windy coast, we spent several days hanging out in Portland during a heat wave. Max, Simon and their moms live in a tidy little house in southeast Portland.

The neighborhood features gorgeous flowers that brightened up our morning dog walks. Ah, to gardening in a climate with rain!

We made the ritual pilgrimage to Powells Books, which hasn’t changed a whit in decades…

then enjoyed a beverage in the neighborhood local, A Proper Pint.

Portland was caught up in the heat wave then blanketing the American West, so our outdoor activities were somewhat circumscribed. On Saturday, we visited a local nursery (where the staff were spraying all of the plants hourly to keep them alive in the heat) and stopped at a Dollar Store for ice cube trays so we could make pupsicles for some very hot dogs. Then we bailed out of the afternoon oven by visiting the Lake Theater and Cafe to watch the new “Downton Abbey: A New Era” flick. It was a fun time in a very funky setting – even if we did have to ensure 30 minutes of old Elvis the Pelvis outtakes while waiting for our film to begin. (The Elvis movie was showing before and after our gig. Gotta say, Elvis was a real heartthrob as a youngster starting out on his road to fame.)

After the film, Adonica toured us through the Lewis and Clark campus, where she has worked for a couple of decades. The campus was built around a 63 acre estate (Fir Acres) owned by the wealthy Lloyd Frank family. The family mansion now houses the college’s President and assorted administrative offices. The grounds were gorgeous in the slanting light of early evening.

On Monday morning, we set out for a hike with the dogs at the Powell Butte Nature Park, located on the southeast side of Portland. The park is set in the crater of an extinct volcano, and has stunning views of several mountain peaks surrounding Portland, including Mt. Hood, Mt. Rainier, Mt. Adams and Mt. St. Helens. It’s a lovely spot, with lots of birding.

We had to cut the walk short because the morning got hot so very fast. Leaving the dogs to their pupsicles, we lunched at a Mexican Restaurant, The Matador. Great food, lively service and a lovely atmosphere.

Yearning to walk somewhere shady, we indulged a shared passion – at least for Spencey and me – and visited Portland’s pioneer cemetery, Lone Fir. I think Adonica was a convert to taphophilia after wandering the grounds.

And now, to end on a quintessentially Portland note…