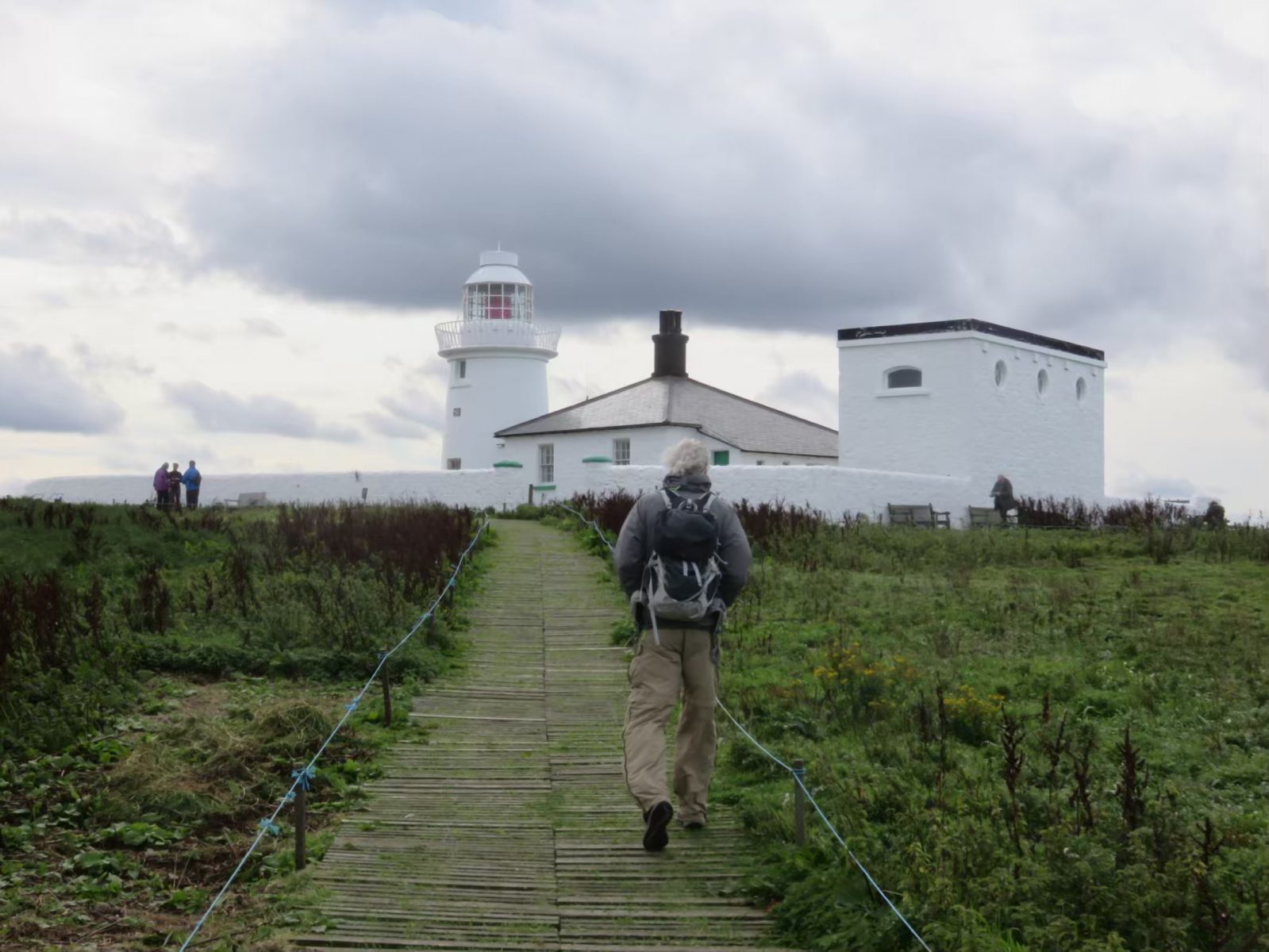 Sunday was bright and the seas were mild so the boats were running out of Seahouses Harbor. We  took a cruise ‘round the Farne Islands.

But people come to Farne for the wildlife: 23 species of seabirds nest here over the summer, along with two species of seal. Here’s a National Trus shot of Inner Farne on a summer day when the birds are resident.

Almost all are gone by now, only shags and black-backed gulls present in any noticeable numbers.

We saw a couple of puffins in the water, fueling up on fish before heading north to arctic waters, and a few razorbills were hanging out on abandoned nesting sites.

Quite a few seals were lounging about.

Landing is allowed on Inner Farne, the puffin nesting site and home for the rangers – who vigilantly protect and study the nesting birds.

The burrows of ground nesting birds like puffins, are packed in among these grassy hummocks like high density apartments.

Back in Seahouses harbor, the harbor watchers are out munching their fish and chips.

Seahouses High Street is below- all 2 blocks of it.