The Fest ended on Monday night with great fanfare and another amazing evening event, featuring rousing music and wonderful food, this time at the Meridien Hotel on Jaipur’s northern outskirts.

I am still processing the many extraordinary experiences over the festival’s jam-packed five days. Highlights popping up in my head:

I downloaded the Zombies, Run app, to whit:
“A city full of zombies. A rogue general armed with a nuclear bomb. The biggest race of your life.”
Yep, that would motivate me to exercise.

Cavorting on the dance floor with a host of eminent authors – including Alexander McCall Smith, a lovely gentleman and all-around good sport. 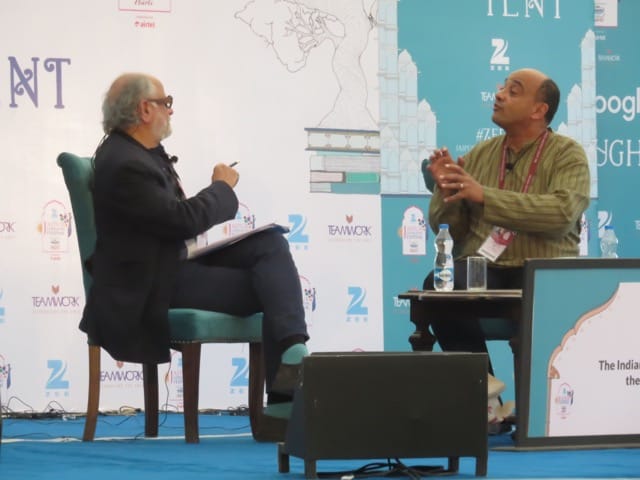 Kwame Anthony Appiah’s (The Honor Code: How Moral Revolutions Happen) thoughtful discussion of the psychology and morality behind honor killings:
Kwame
” Honor is linked to identity: personal, national, family…Honor and morality are not the same. People who undertake honor killing understand that it is morally wrong, but humiliation and the need for respect and identity drives the response…Revolutions are not about changing minds. The arguments are there up front. The revolution comes with changing habits.” 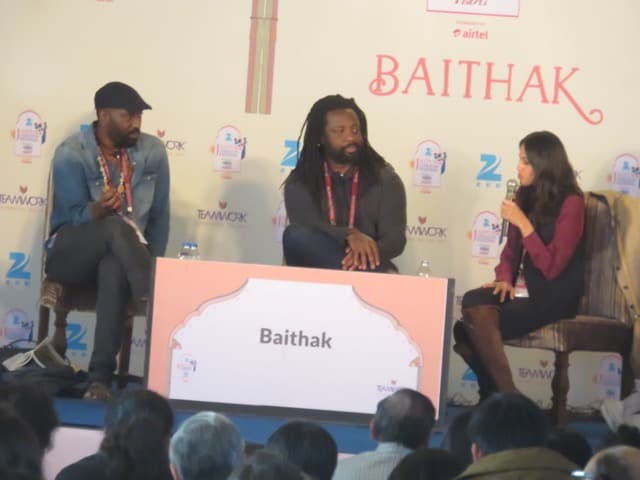 Kei Miller (winner of the Forward prize for poetry for his collection, The Cartographer Tries to Map A Way to Zion) and Marlon James (Booker Prize winner for A Brief History of Seven Killings) discussing the Jamaican cultural renaissance.  Marlon on writing and the experience of displacement: “People forget how much of a motivator boredom is…I had to leave Jamaica to pursue the life of a writer.”
Kei on the experience of exile from one’s homeland: “Kingston is London insufficiently imagined…Colonists everywhere desperately try to hold on to the place they left, trying to recreate it. But the new landscape always resists…The exile’s experience is of a divided self…constantly trying on different versions of yourself….My books migrated to London before I did.”
Marlon: “The Jamaican is more Jamaican in New York – Jamaicans policing Jamaican-ness” relating an experience of changing clothes on the run as he moved through the boroughs of NYC in order to fit in to the cultural environment). 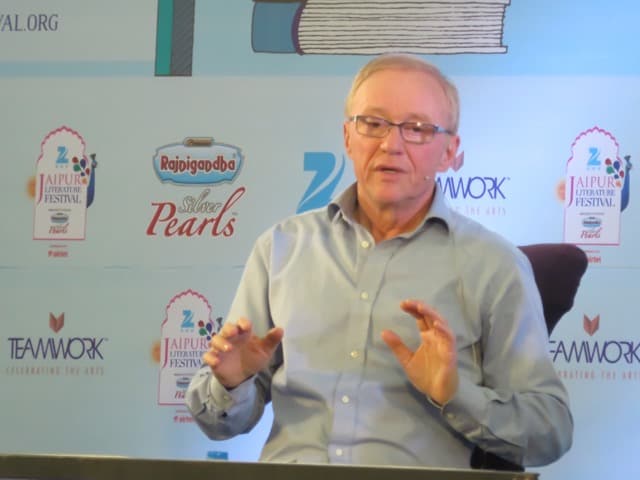 David Grossman: “Every language chooses for its worst curses the language of the conqueror..” On writer’s block and being stuck while writing To the End of the Land: “I finally wrote her [the book] a letter. I realized that I needed to surrender to her. I became the characters…writing allows you to become another human being. Writers see everything from several points of view – writing prevents you from not to congealing in one’s own reality….The ability to change the point of view makes one a writer…”

Cornelia Funke’s “Breathable Book” app based on MirrorWorld. It is a new approach to graphic novels and absolutely exquisite: gorgeously illustrated in a kind of Japanese screen 3D, featuring stories from the Mirror World universe. Dragon World is due to come out soon in this format – can’t wait!
http://mirrorworldnovels.com/app

Irving Finkel’s astonishing ability to make even cuneiform writing accessible and engaging.
– Recipe for exorcising a ghost (found on a Mesopotamian tablet): The ghost depicted is an unhappy lady. She obviously needs a lover. Here is the image of the ghost, followed by a male lover in hand shackles so he can’t escape (!)

Samira Korollos’ wonderful performance of ancient Egyptian myths. As an ancient Egyptophile, I am pleased to report that her session was packed to the gills – young people crammed 8 deep all around the perimeter. Yes!!! 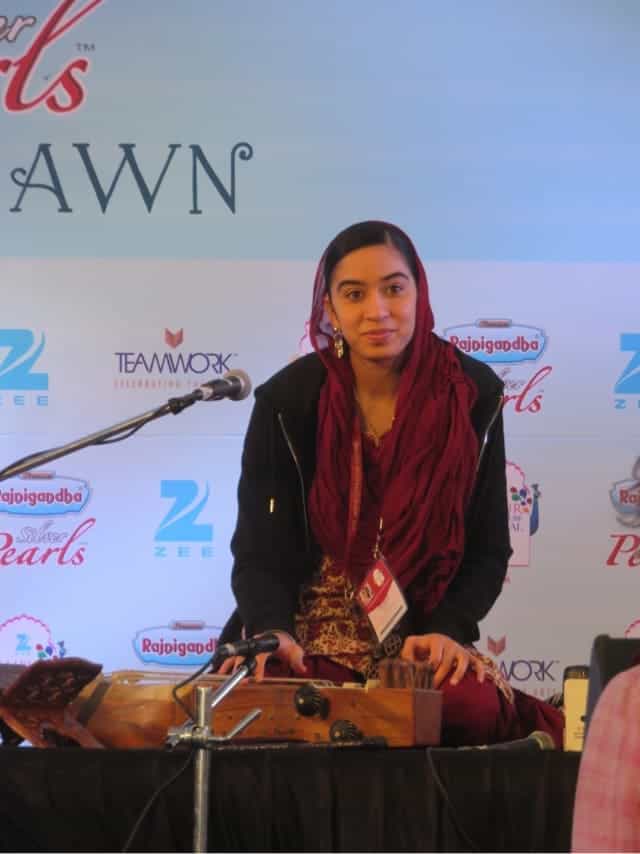 And then there is the context for the Festival, the larger context that is India today. It is a place of profound contradictions, filled with astonishing beauty and horrific squalor, high-paced modernity and ancient traditions existing side by side.  Below are contrasting views from our lodging: A wedding party in the hotel’s poolside lounge, and the desperately poor squatters living in the empty lot across the street.

Every day I saw these kids kicking around in the fill dirt in an empty lot that will soon be converted to another ultra-modern, ultra-expensive building. These kids will never see the inside of a classroom – one of core reasons why the JLF is a free festival in India. Sanjoy relates an experience from an early festival, when a father living in conditions like this brought his son to JLF, explaining, “I’ll never be able to buy him a book. But I thought if he could hear a story, it could change his life.”

Deep gratitude to the organizations – profit and non-profit – extending a helping hand to these kids – and to Teamwork Arts for making social and environmental change integral to JLF.