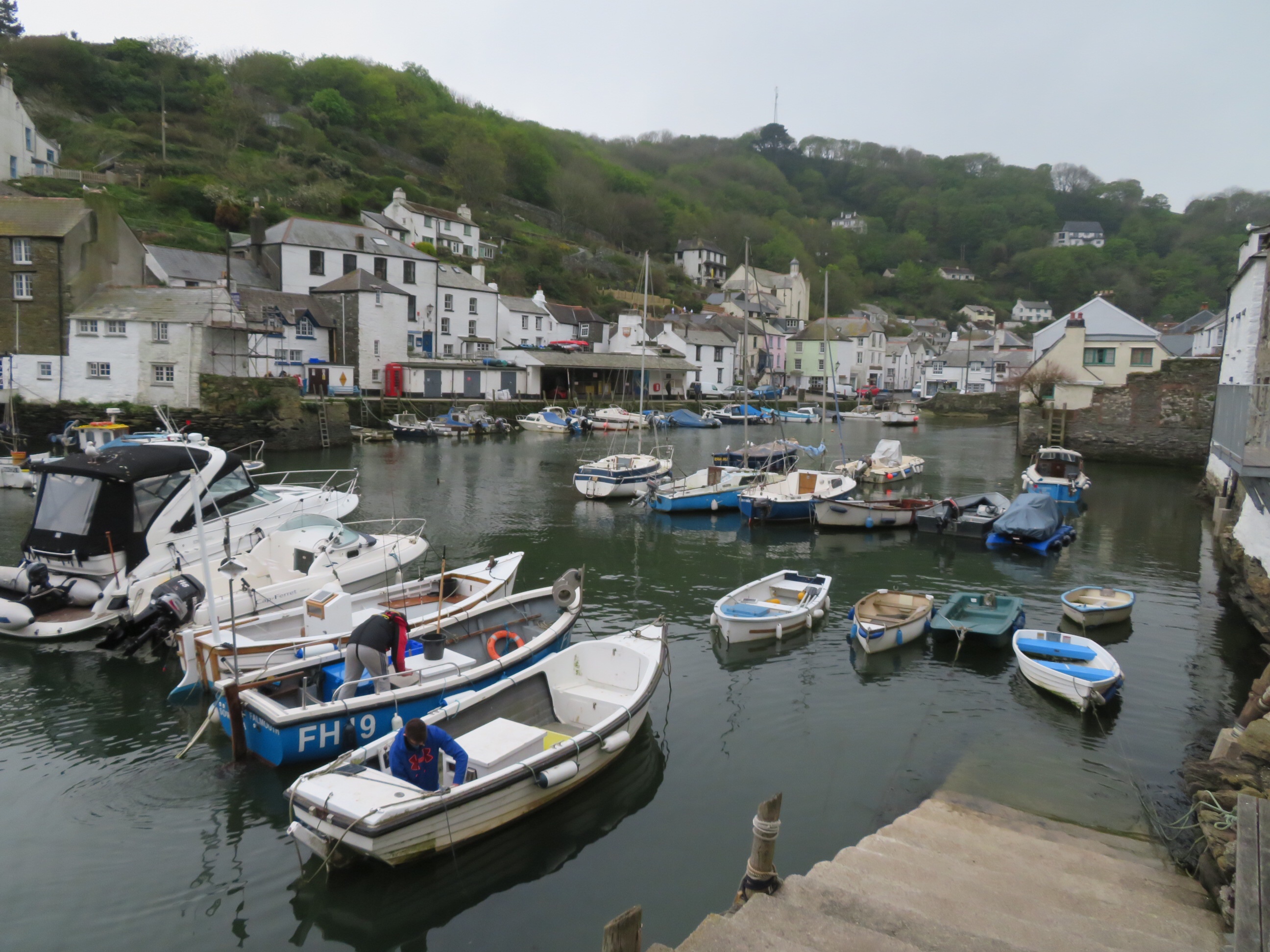 Polruan, across the harbor, lives in a different historical time zone than Fowey. Accessibility is by passenger ferry.

Polruan has a Dr. Who telephone box that functions as (gasp) a telephone box, with socialist inspired transportation assists to promote citizen engagement in democracy.

Although I’m not sure such a system would be much of an “assist” for departures following the end of Boulder City Council meetings, since they seldom seem to end…

No WiFi or USB charging on this bus – and a driver who wouldn’t take our bus pass, probably because he’d never seen one before.

There was, however, a dog assist plus passengers who could have stepped from the pages of a DuMaurier novel.

It was a hair-raising journey down hedgerow lanes so near to the sides of the bus that we could have picked bouquets of wildflowers along the way.

Our objective was the seaside town of Looe, departure point for the coastal walk to Polperro.

The coastal route to Polperro.

We were fortunate in our timing: this route reopened only two weeks ago, following a major landslip and repairs at Talland Bay.

We were fortunate to share a taxi back to Polruan with an Aussie couple who were pooped after walking the much more difficult Polruan to Polperro segment. After half a pint at the Lugger Inn Polruan (conveniently located on the Polruan quay adjacent to the passenger ferry), we dined at the Lugger Inn Fowey where Crystal was presented with a most enormous seafood stew.

2 thoughts on “Looe to Polperro”