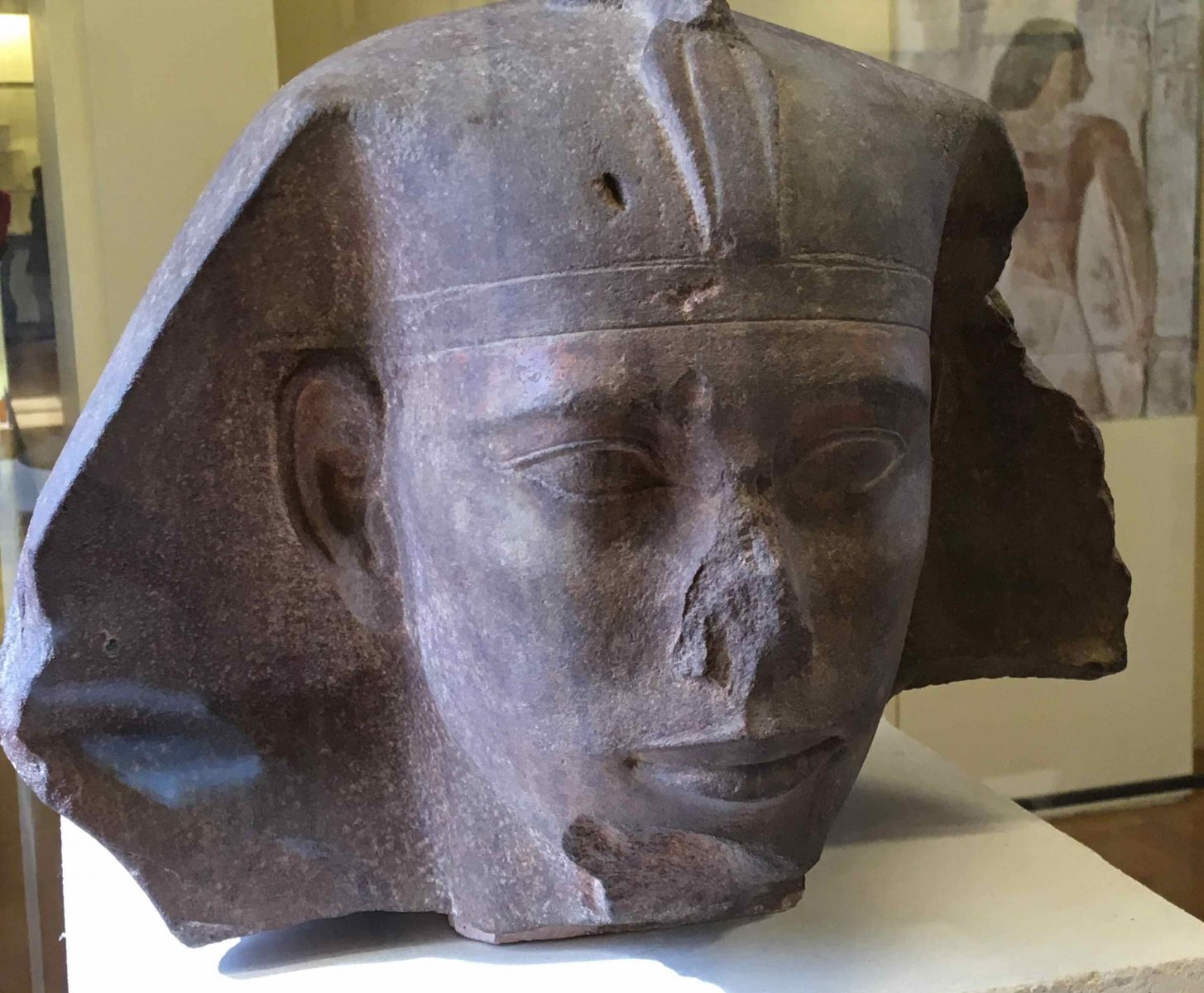 Bright and early Saturday morning, we were on line waiting for entry to the Louvre.

The Louvre Museum was cobbled together from 3 royal palaces, making it the most ornate museum one is likely to visit and a royal pain in the whatsis to navigate.

Some people visit the Louvre to see well known pieces of European art.

Those obsessed with ancient Egypt don’t bother with all that art history stuff – besides, I’d seen the Major Art on previous visits, when the Egyptian galleries were (predictably) closed. This time, those glorious Kmt galleries were open – at least until they had a security scare and threw us all out.  Sigh.

Join me in wandering through highlights of one of the world’s largest collections of ancient Egyptian art and artifacts.

The Seated Scribe (above) is one of the masterpieces housed in the Louvre. It’s from Saqqara, dating from the 4th Dynasty (c. 2500 BCE, concurrent with all those massive pyramids.)

The tomb chapel of Akhethotep (below) was also located at Saqqara (before the French dismantled it and shipped it in bits to the Louvre). It dates to the 5th Dynasty (c. 2400 BCE) and the reign of Djedfre. Akhethotep was a Big Man, one of Djedfre’s viziers. His chapel contains especially fine reliefs depicting scenes from everyday life. All of these people would magically have come to life to serve Akhethotep in the afterlife.

Some 400 years before Djedfre (and all those pyramids) Egyptian rulers were still being buried with their human retainers (instead of using the magically re-animated images and models found in later tombs). Wadj (a.k.a Djet), the Serpent, was buried with 174 people – mostly women.  (Djet ruled for less than 10 years, so his entourage was small compared to his predecessor Djer, who was accompanied into the afterlife by at least 318 people.)  When excavating Wadj’s tomb, Flinders Petrie noted that “on the southern walls of Djet’s servants’ graves their names were written in red ink to make it easier to put the dead bodies into the graves that had been allotted to them in advance.”

Grave goods from the earliest Egyptian tombs, above.

By ~2000 BCE, models of everyday life began appearing in tombs – again, all ready for magical reanimation, to serve the deceased in the afterlife.

One of the Louvre’s most famous items is the zodiac ceiling taken from the beautiful temple of Dendereh. It’s tucked into a little palace anteroom (off the main path and unsigned, for those interested in finding it.) This ceiling shows a map of the heavens c. 1st century BCE, illustrated with Greco-Egyptian imagery of the constellations – today’s astrology.  Other ceilings in Dendereh depict the heavens in traditional Egyptian style. There are many scholarly arguments about which symbols represent which constellations – here’s the Louvre’s take.