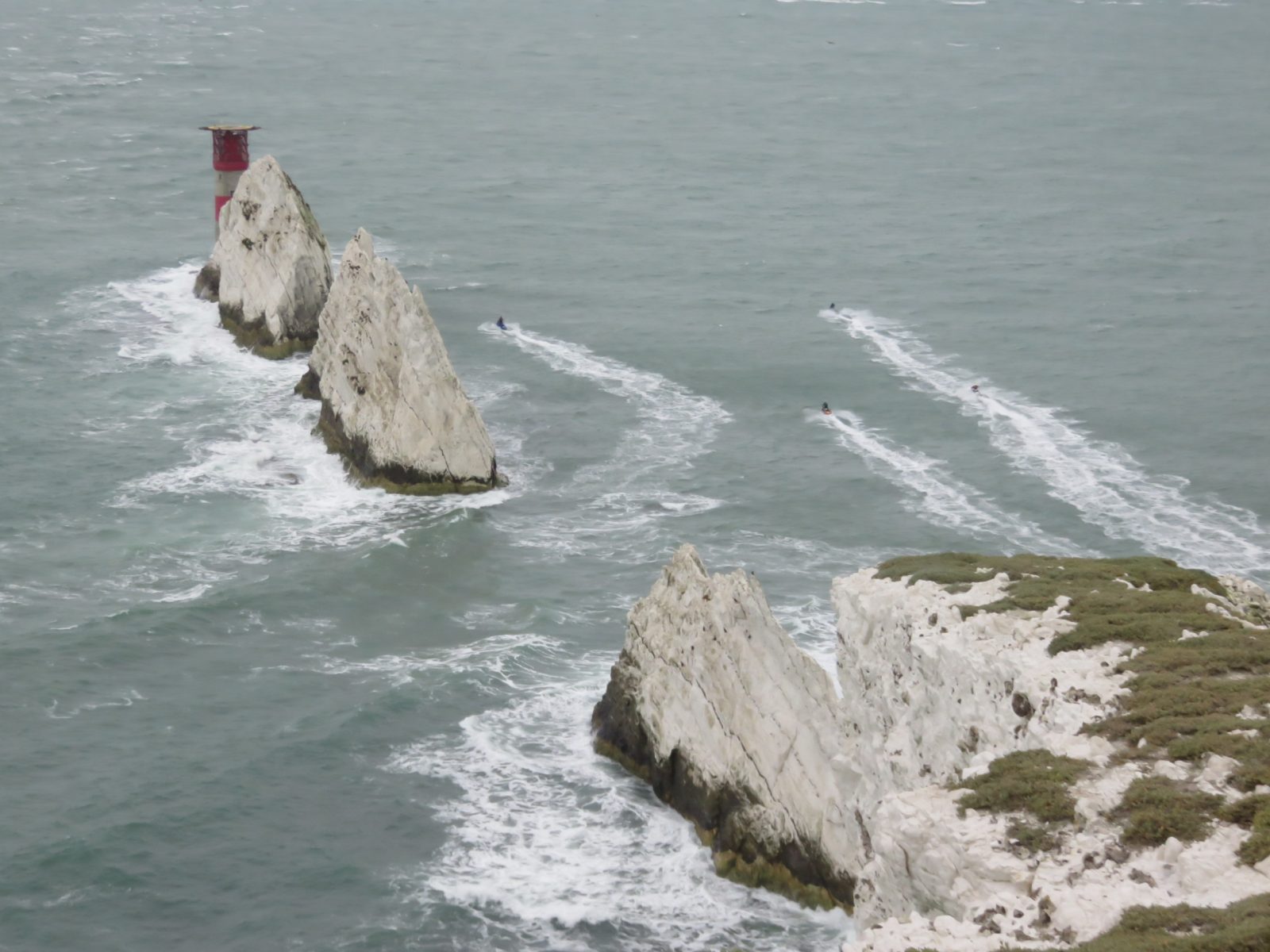 On Sunday – our last day on the Isle – we hustled out along Freshwater’s West Highdown to view the Needles before the rain set in. The geology here is chalk and slippy sediments, making for lots of “landslips” and erosion. The stunning chalk fragments known as the Needles are remnants of a much longer headland, now crumbled into the sea. 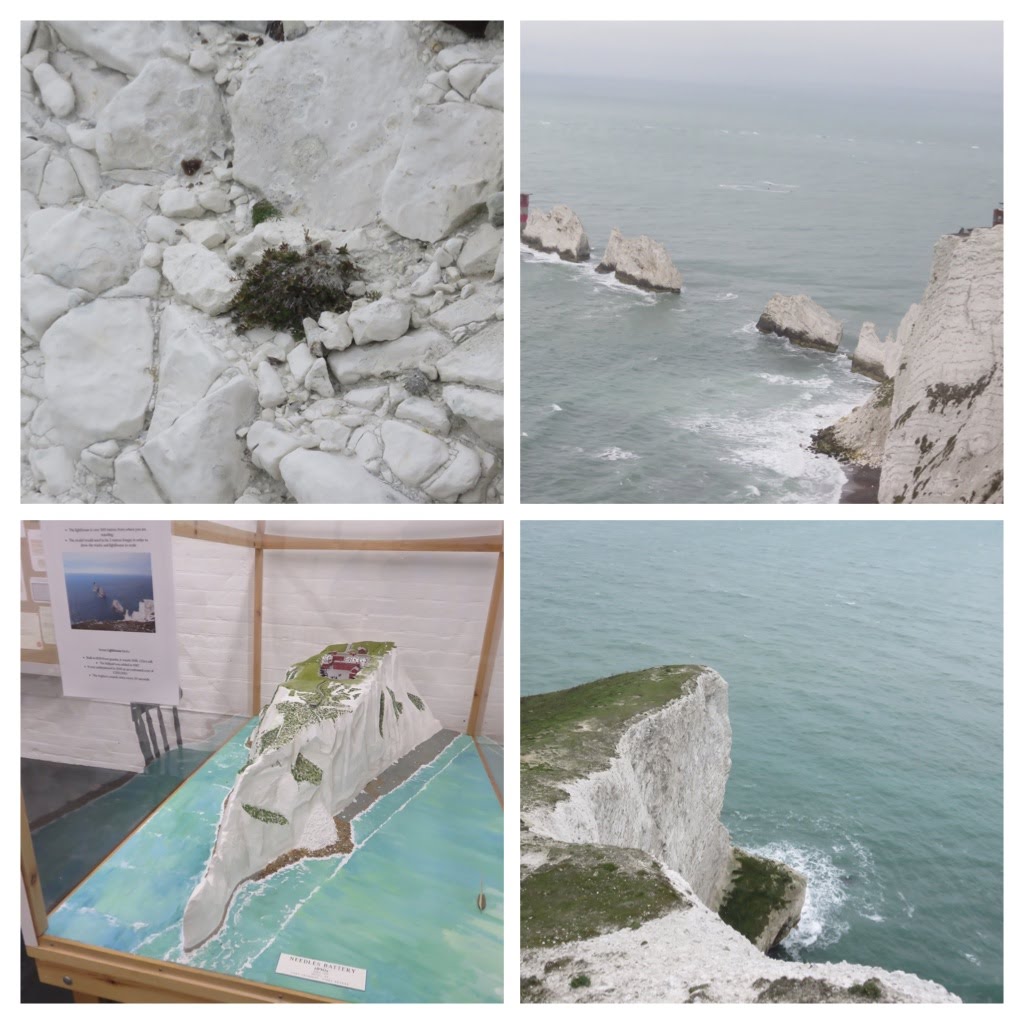 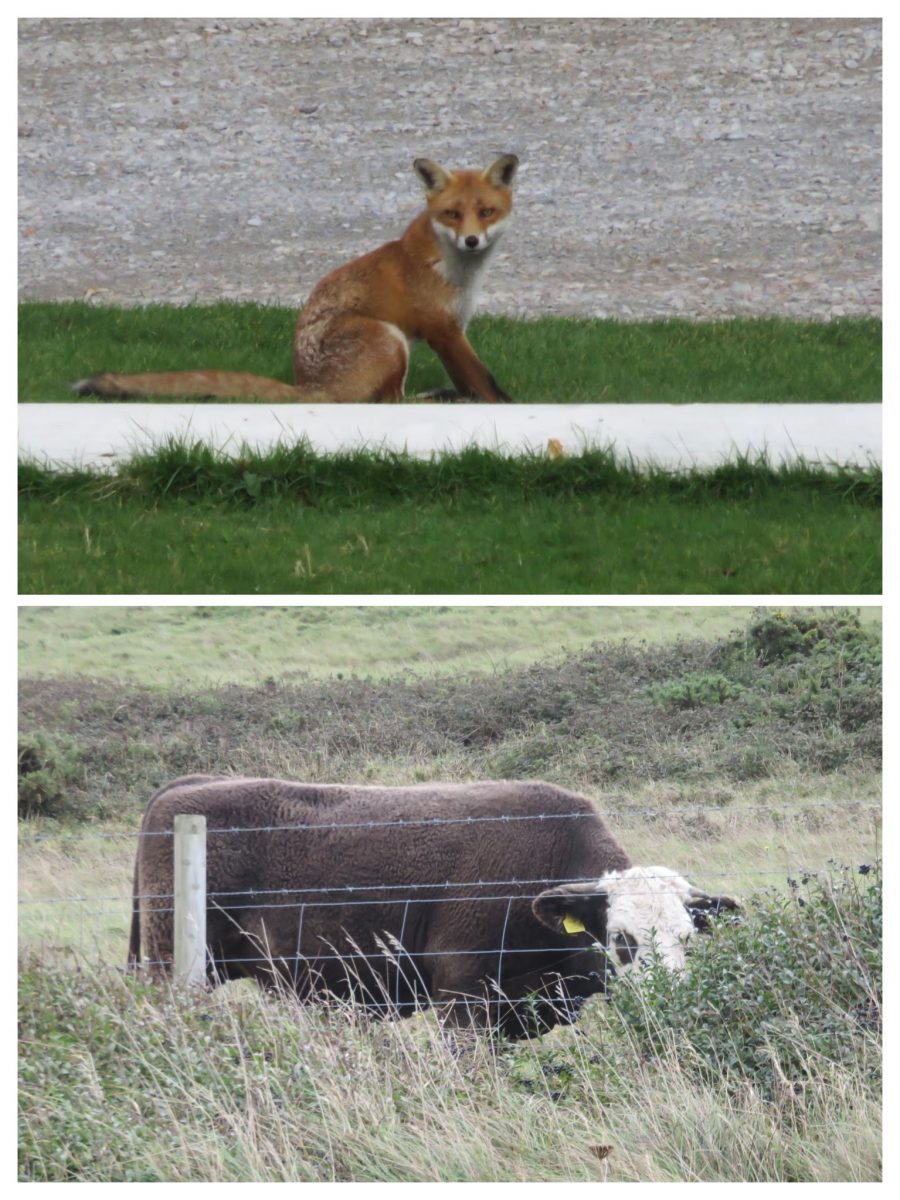 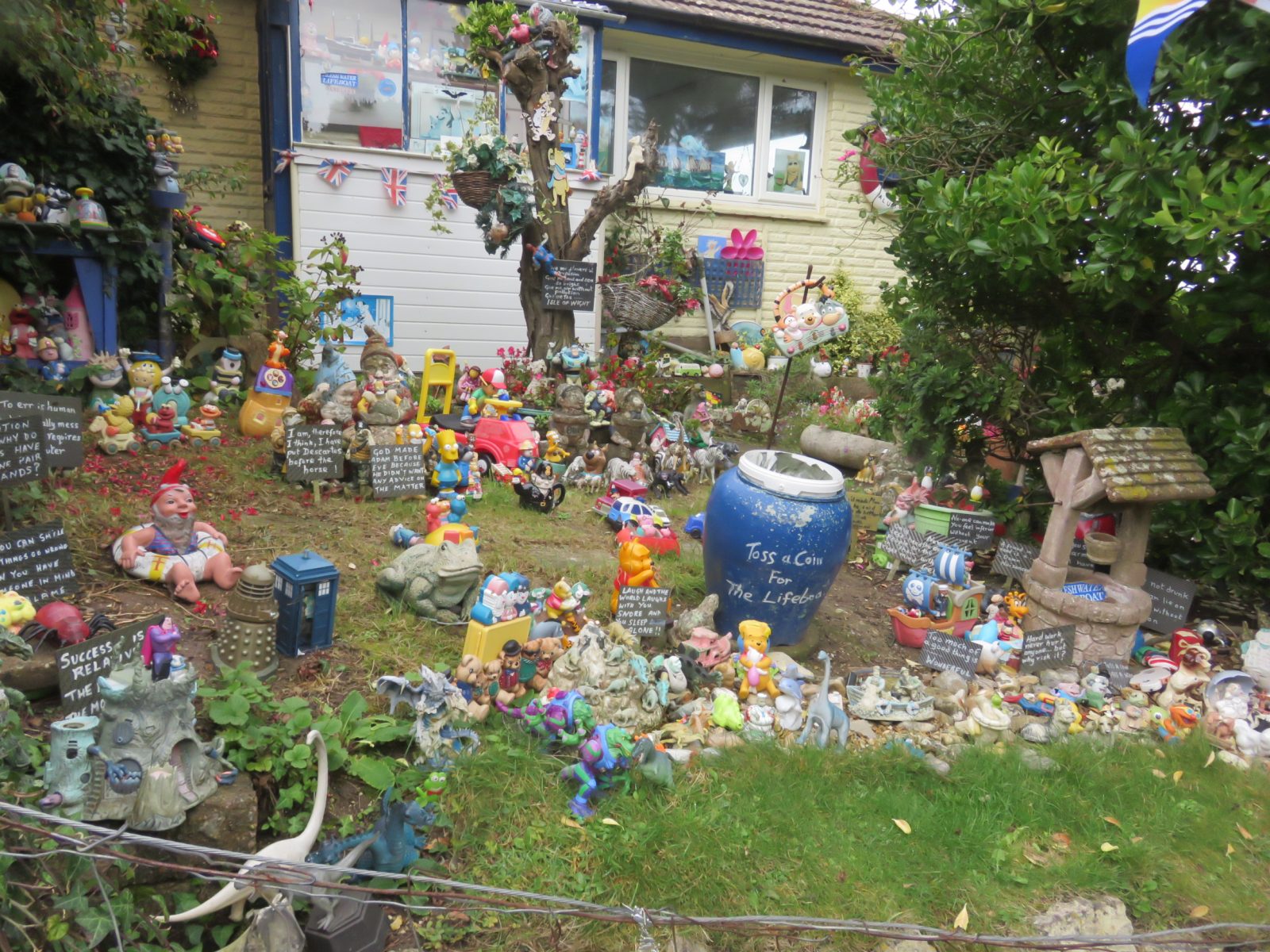 Like many British headlands, this one was fortified with Big Guns, most recently in WWII. 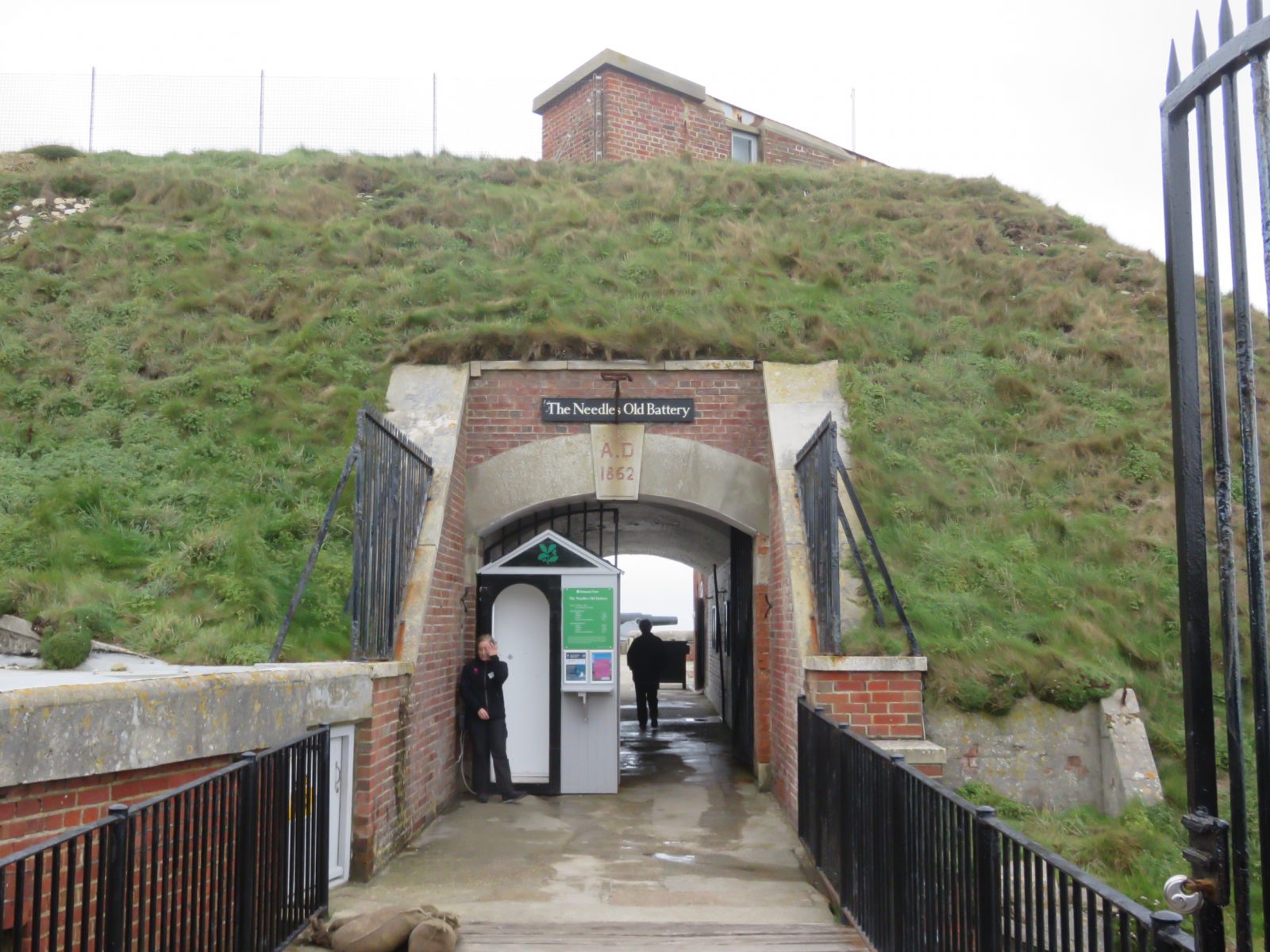 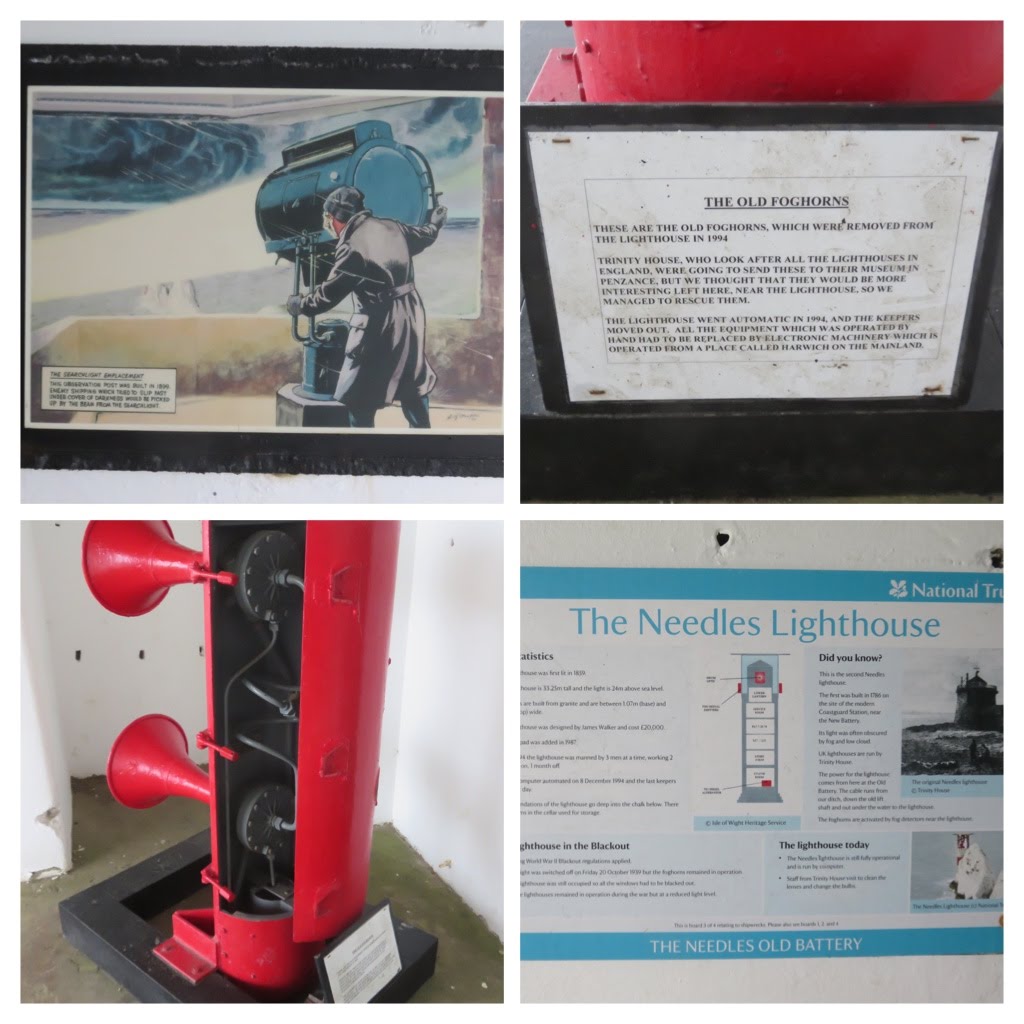 The Old Battery’s searchlight emplacement offers the best Needles’ views – accessed through a tiny circular stair and long tunnel to the edge of the cliff. 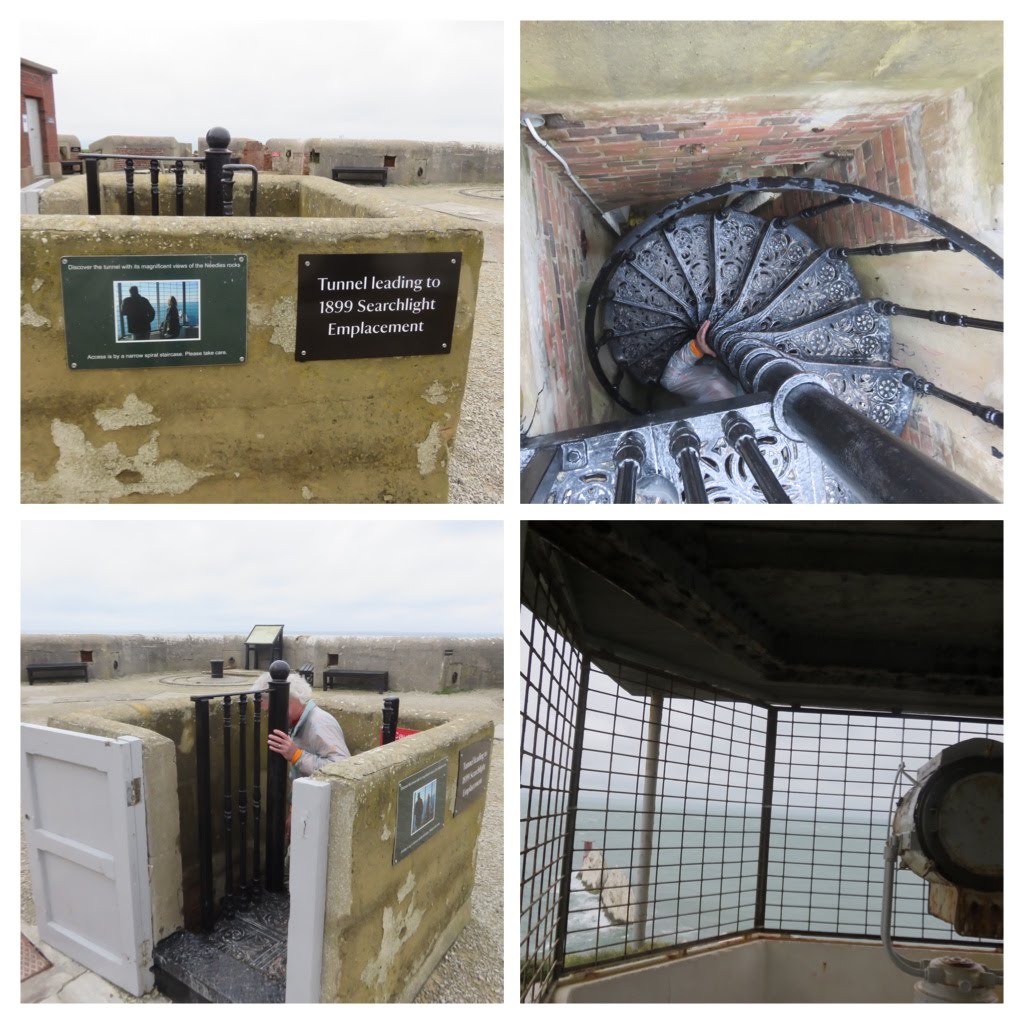