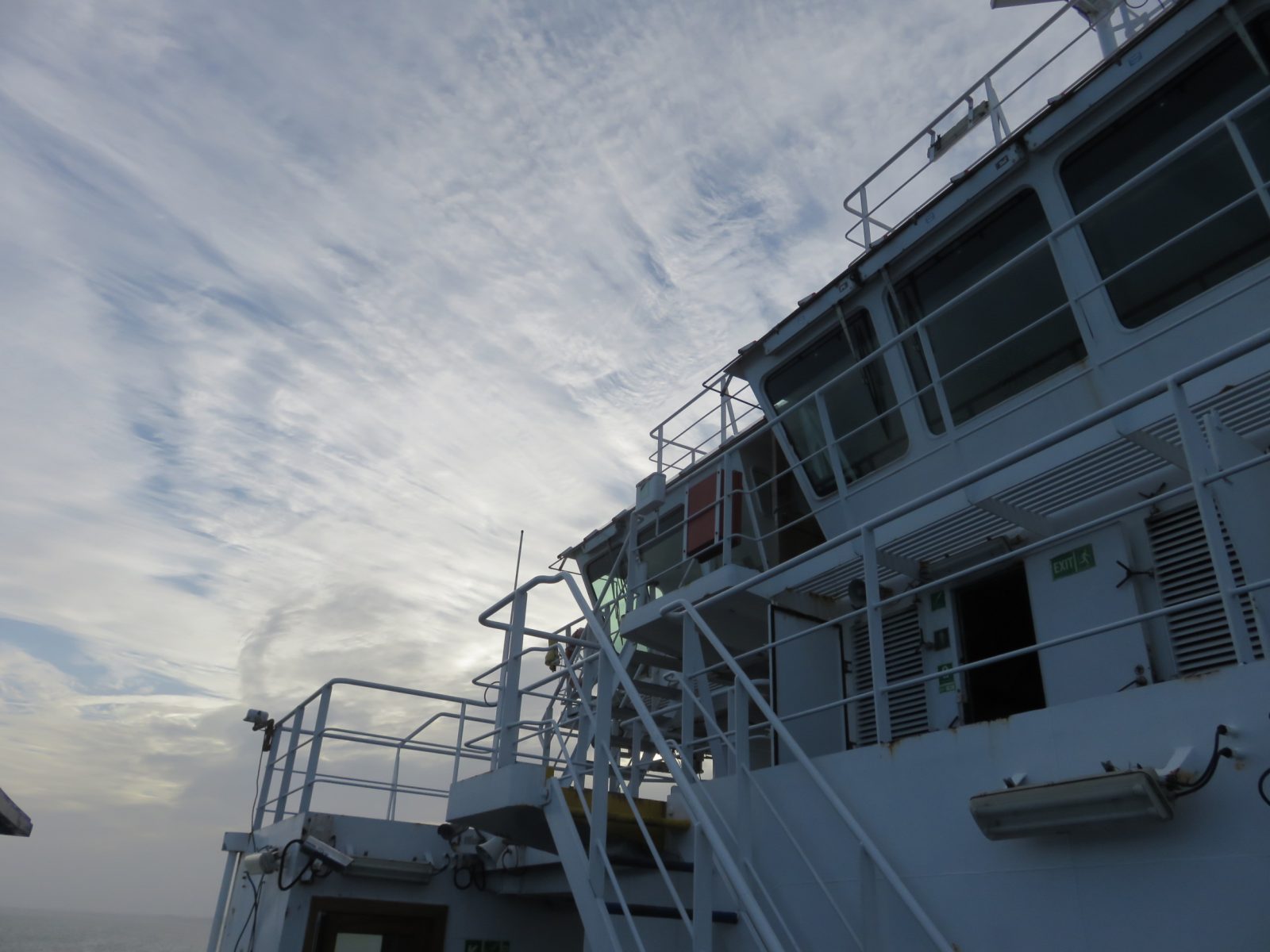 A gorgeous early morning ferry ride from Yarmouth to Lymington (on the mainland). 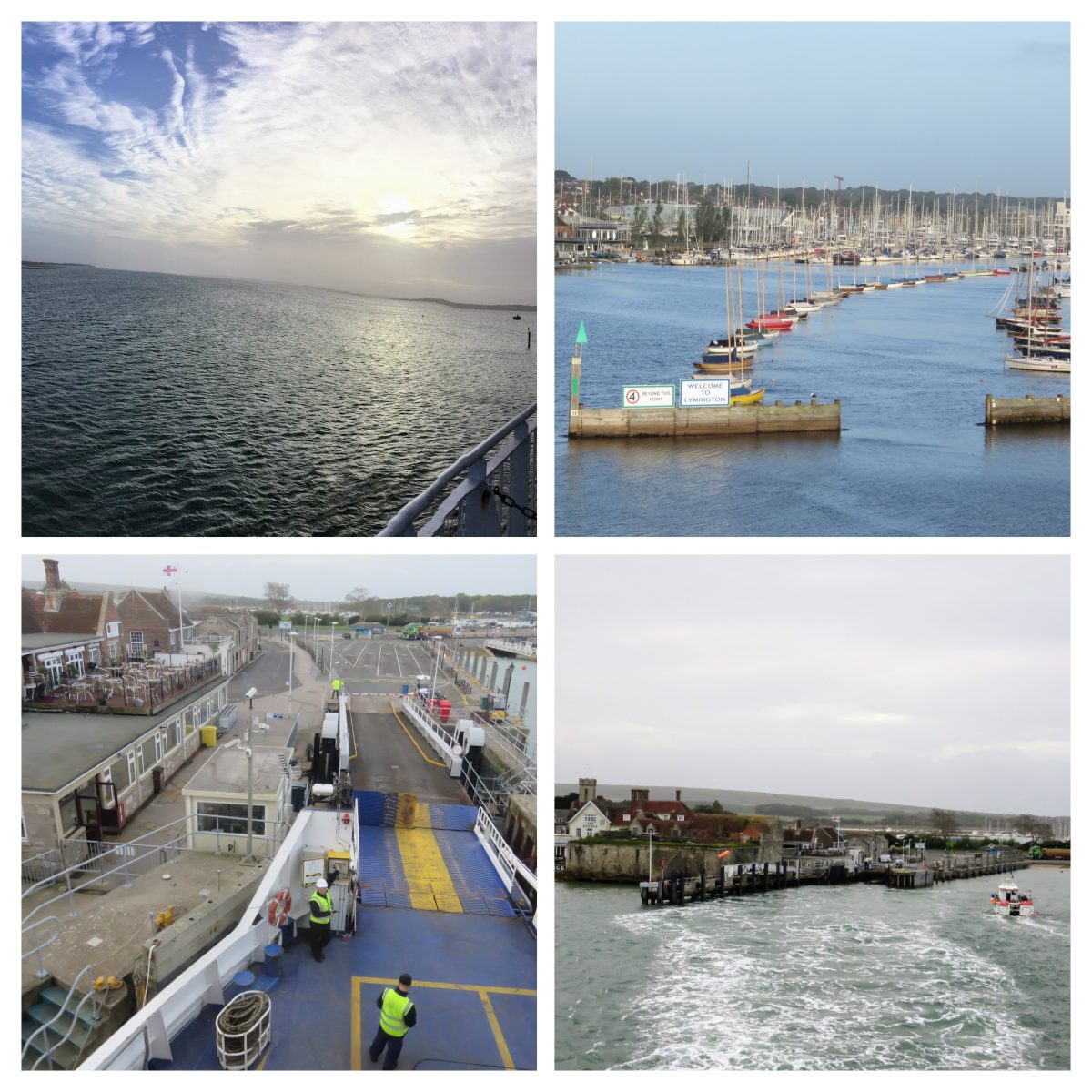 Then on to Winchester Cathedral (the only cathedral immortalized in pop music with bassoon riffs), dating back to Saxon times. We had a fabulous guided tour by Hal, one of the platoon of volunteers offering tours every 20 minutes. 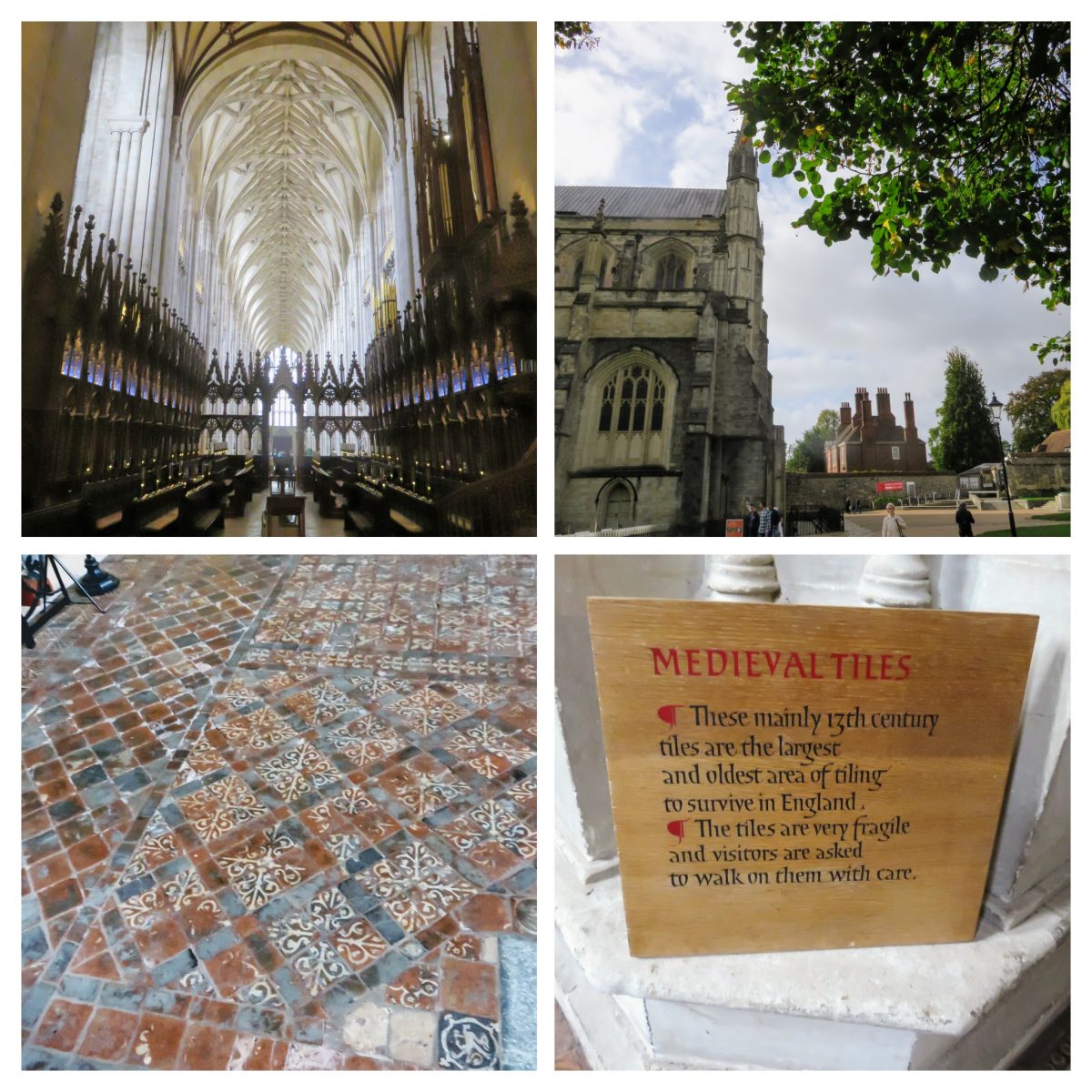 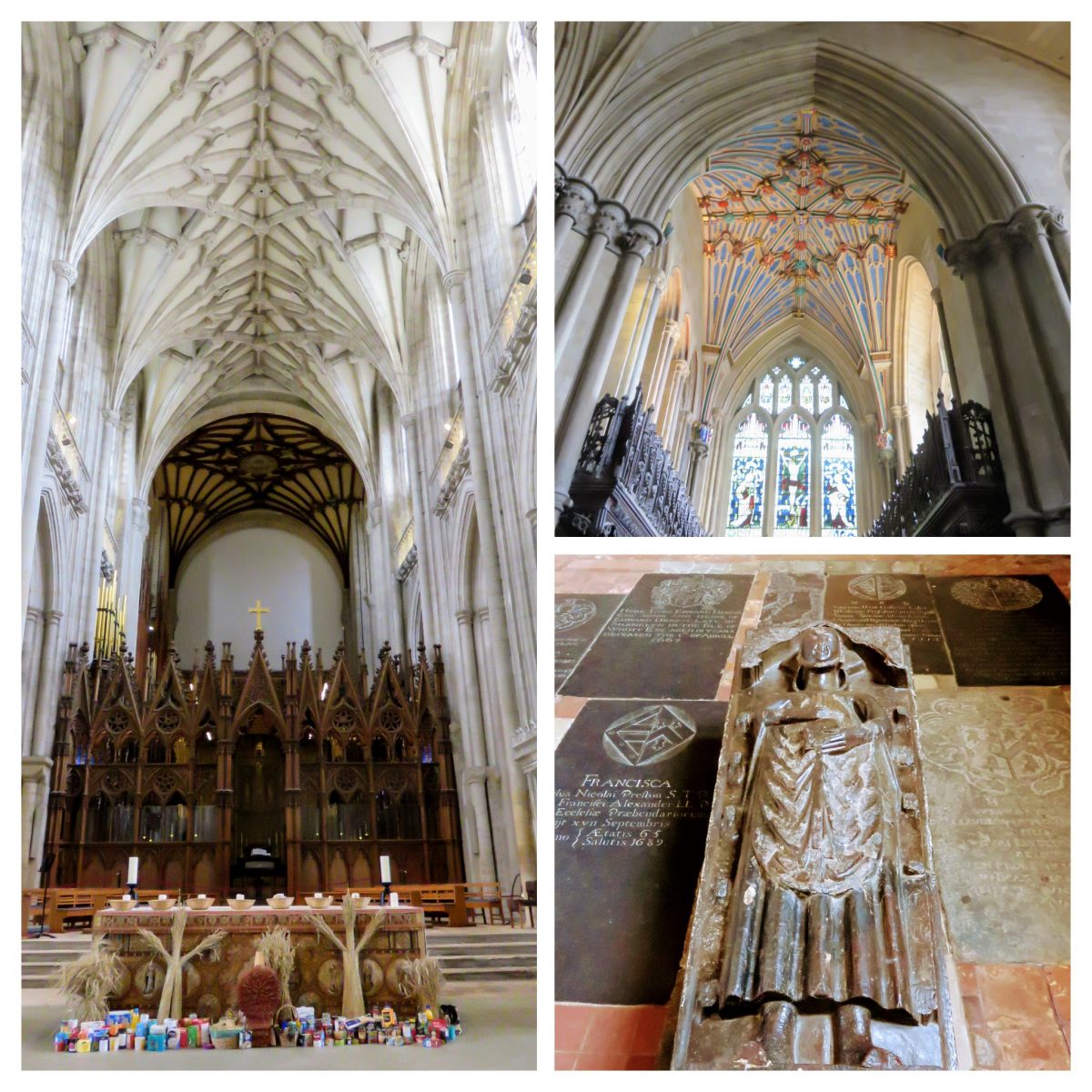 Jane Austin is buried here, along with most of the pre-William the Conqueror Saxon rulers. The latters’ bones were once in their own private boxes (for carrying round in procession – very Egyptian). But the Parliamentary forces broke the boxes and scattered the bones. Now they are all jumbled together. There’s reportedly a study underway to determine whose bones are whose, preparation for a great exhibition on the founding of the nation next year. 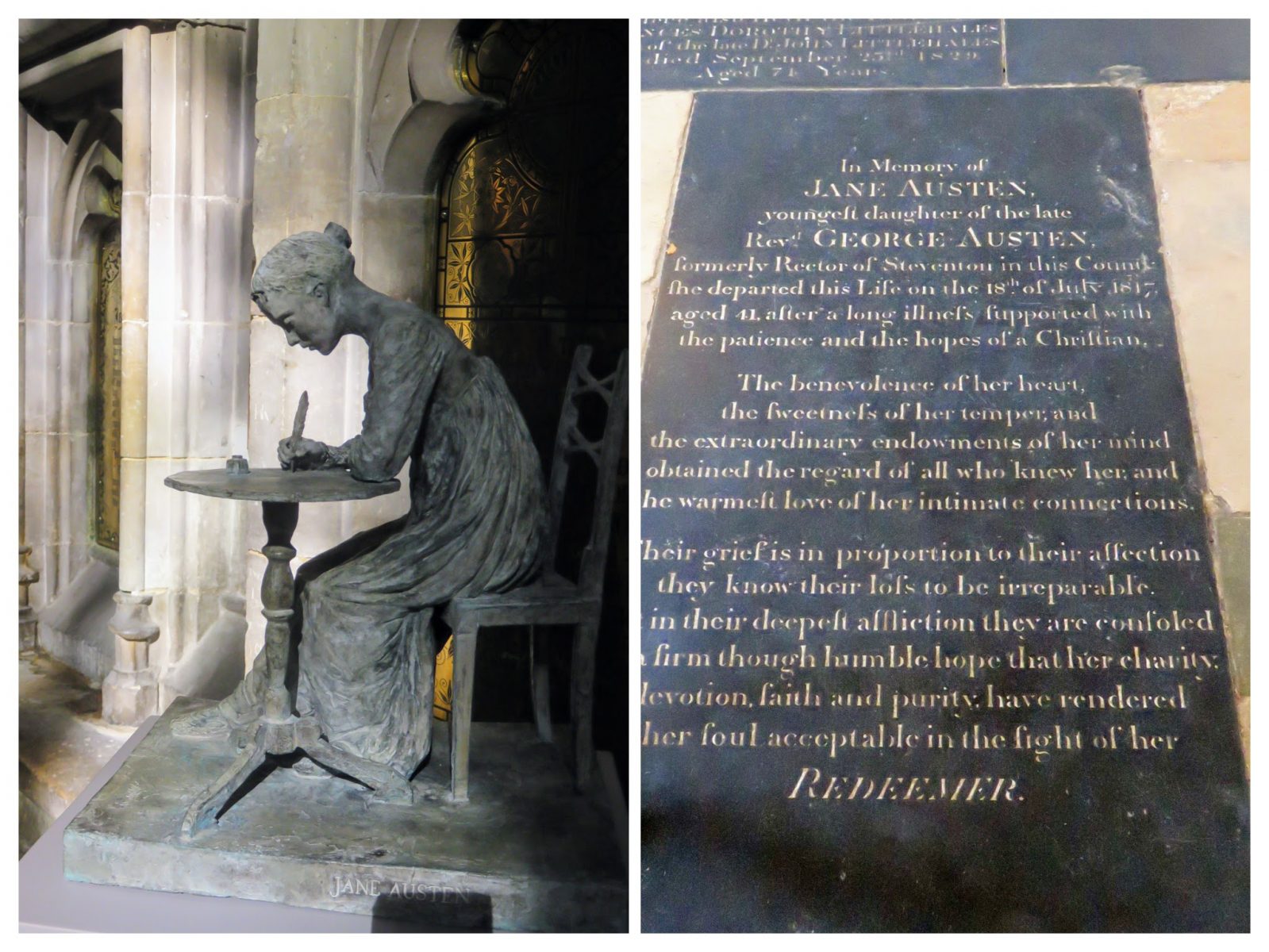 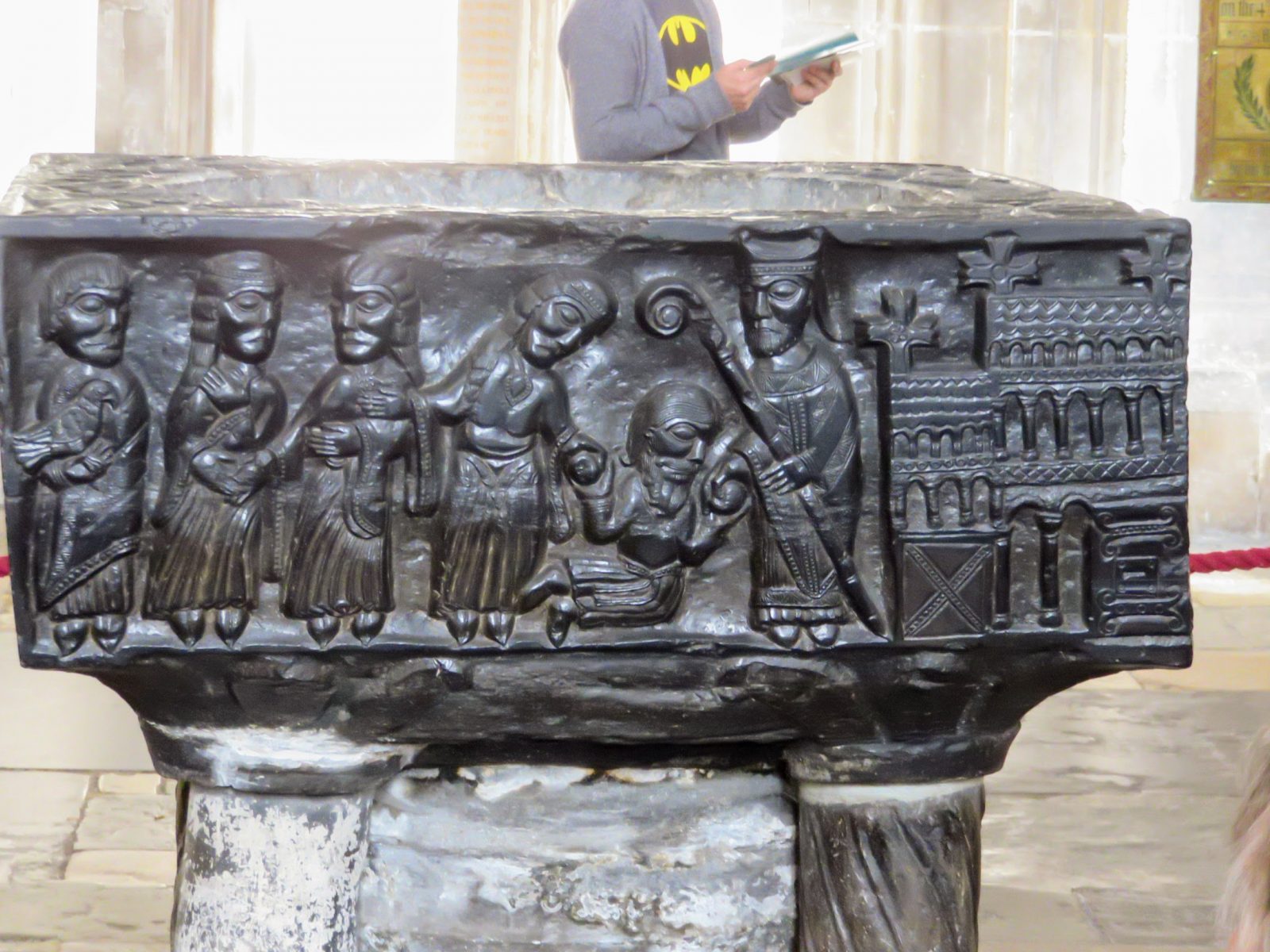 The Romans built a city here on the site of an existing Briton trading center. The Romans re-routed the river, and Winchester Cathedral was built on top of where the river was. Not surprisingly, all that stone equals compression of the beech logs sunk in peat that formed the foundation. A late 19th century rescue operation involved a single diver – memorialized in the cathedral – diving into pitch black water to clear the peat and stack thousands of bags of concrete beneath to shore up the foundations. 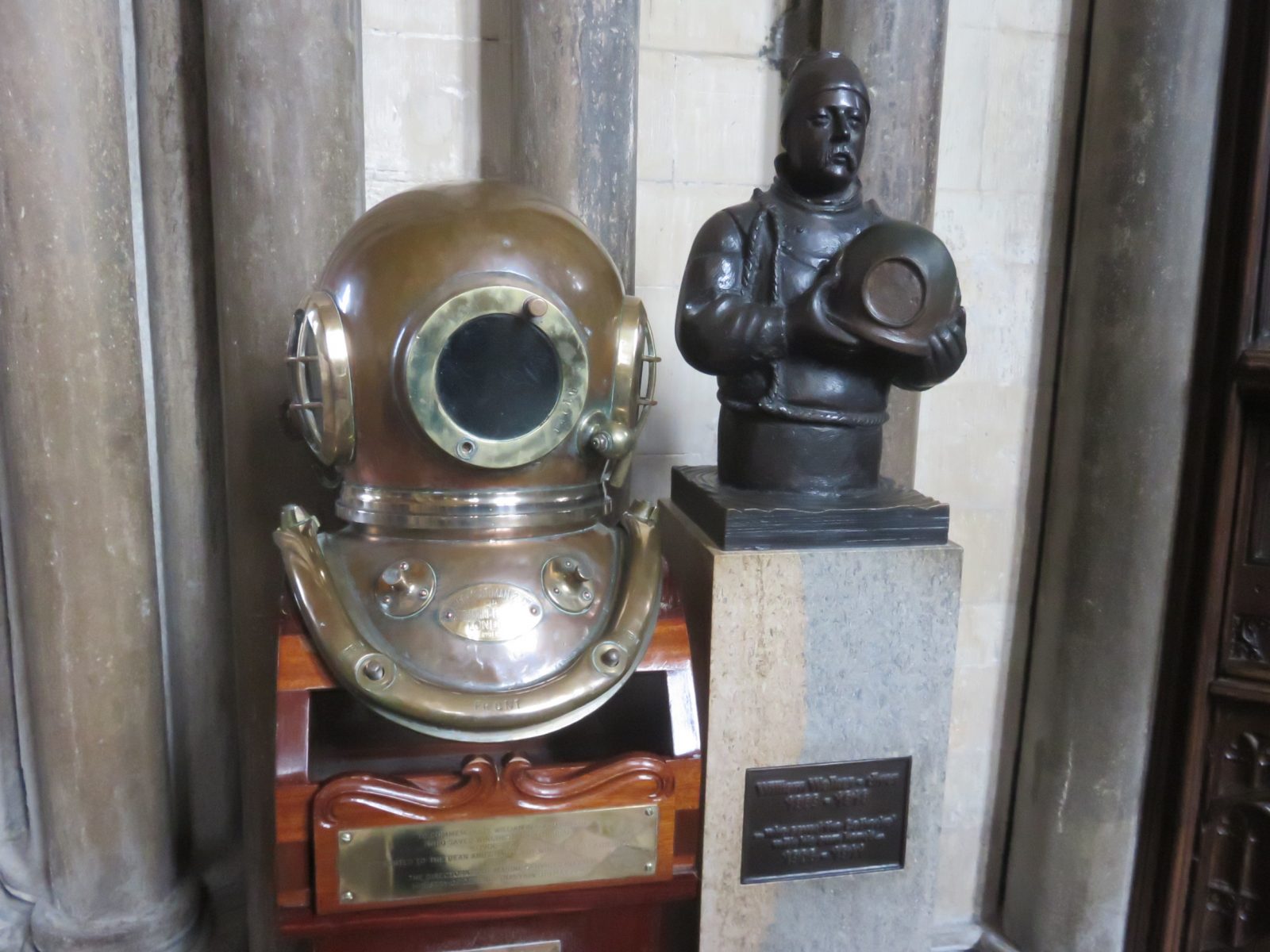