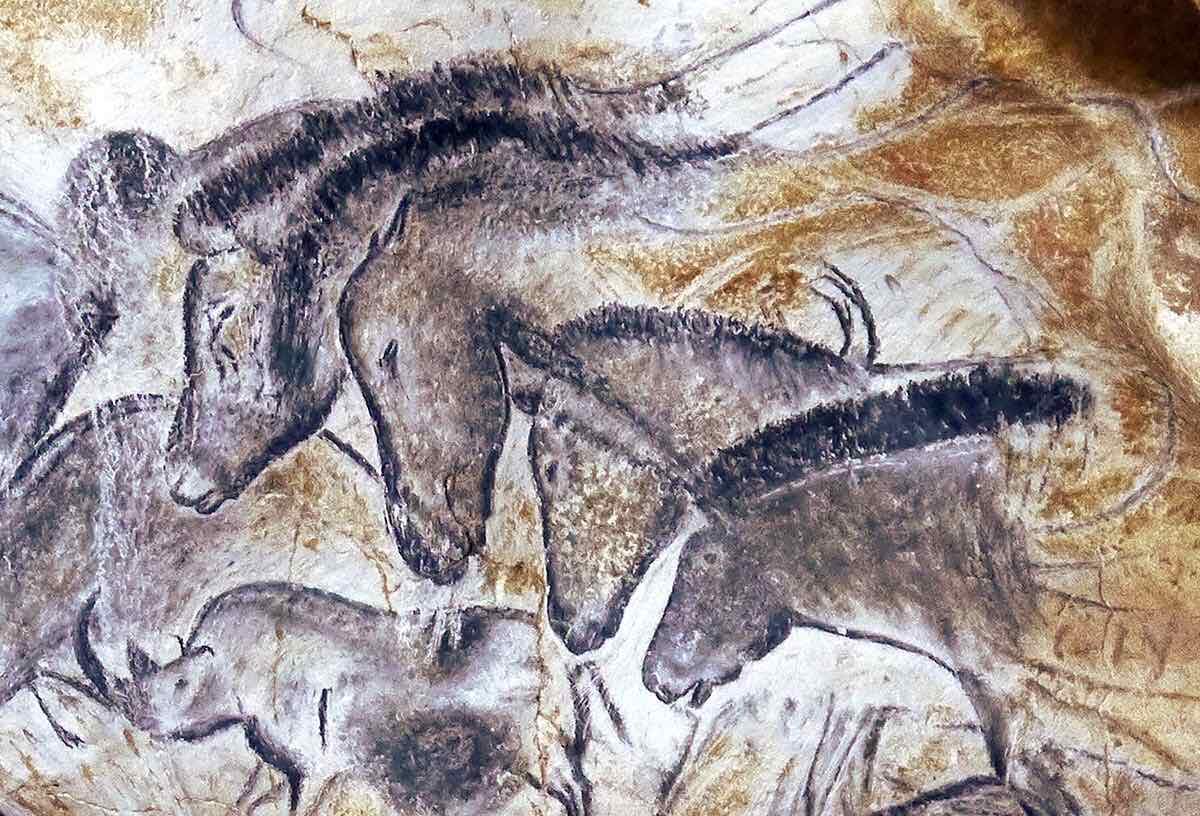 On Monday we drove about 1.25 hours north of Avignon to the Ardeche, a region of mountains, limestone cliffs pocked with caves, and remnants of Roman engineering. 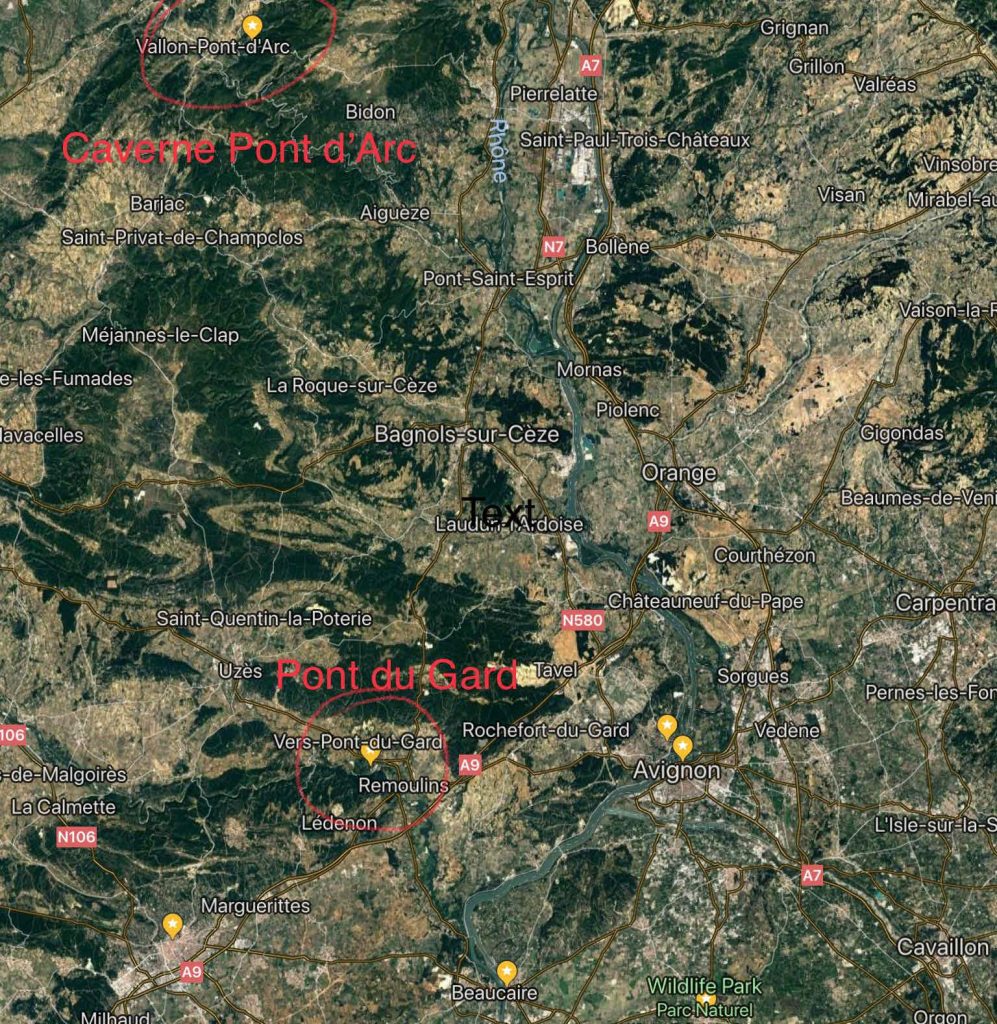 We went first to the Caverne Pont d’Arc, an exact replica of  the oldest  and best preserved prehistoric cave drawings in the world. 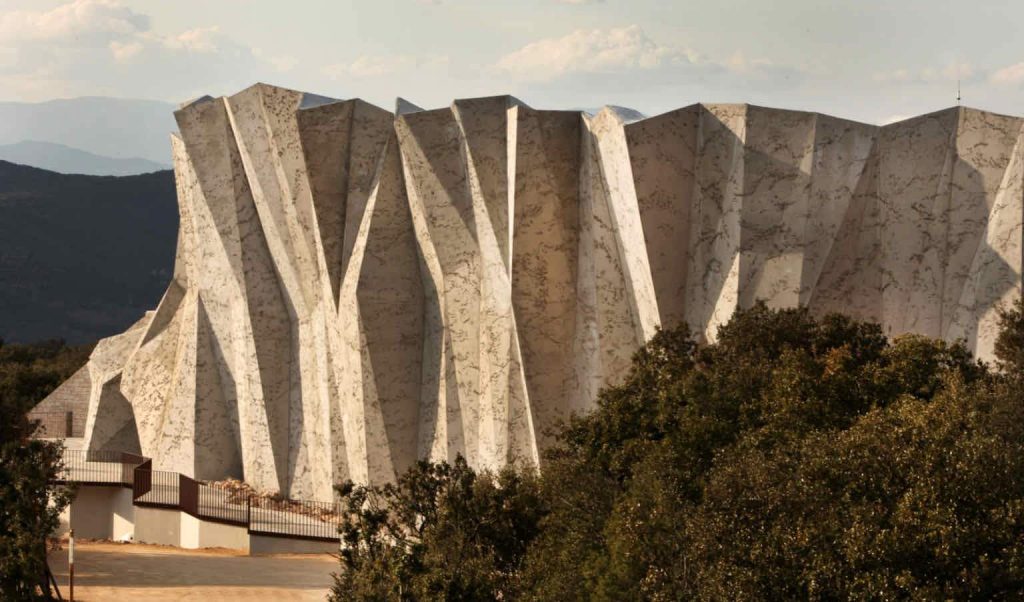 The real cave (located a few miles away from the replica on the Ardeche Riverz) contains more than 1000 images drawn by early homo sapiens from a culture known as the Aurignacians sometime between 36,000-20,000 BCE.  A group of spelunkers stumbled stumbled across the real cave in 1994.  (Werner Herzog filmed a documentary about the cave and its discovery which is streamable on You Tube here  Cave of Forgotten Dreams)   There’s also a decent short video about the cave and creation of the replica here Caverne Pont d’Arc video 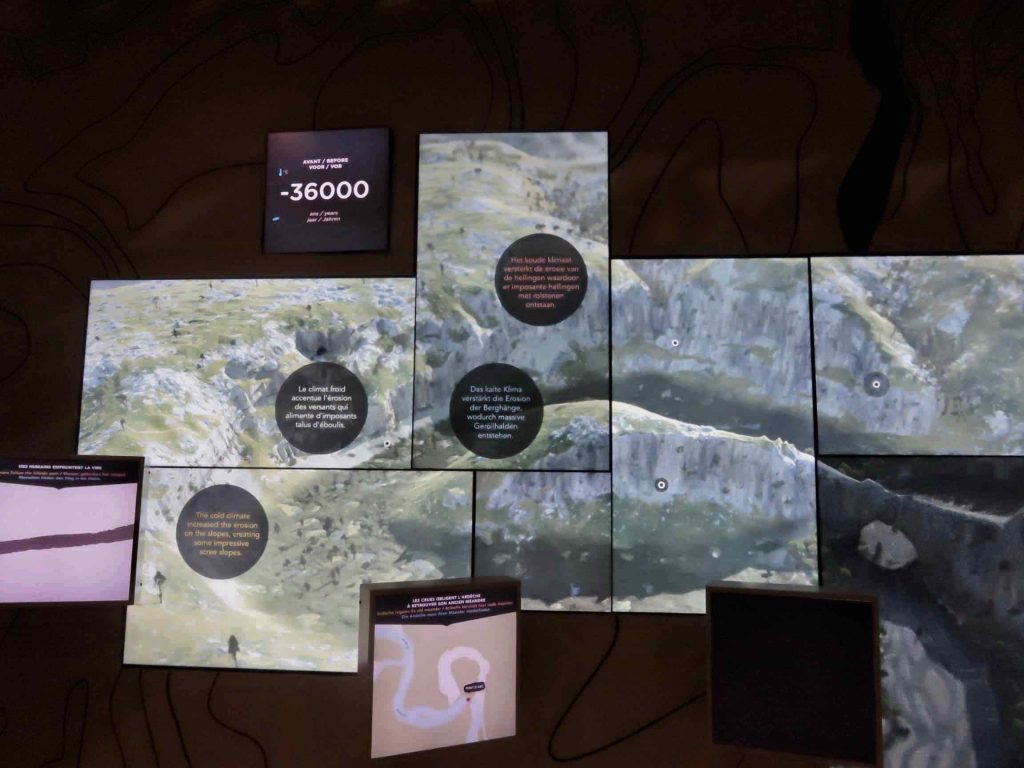 The cave was sealed off by a series of rockfalls about 20,000 years ago, creating a pristine environment which preserved the paintings in all their original detail and color. (Note: photography is not allowed inside, so these images are drawn from the website’s photos gallery). The drawings and paintings were made with a variety of styles and techniques. There are handprints that create an image in outline (kind of like the Impressionists’ pointillist style). 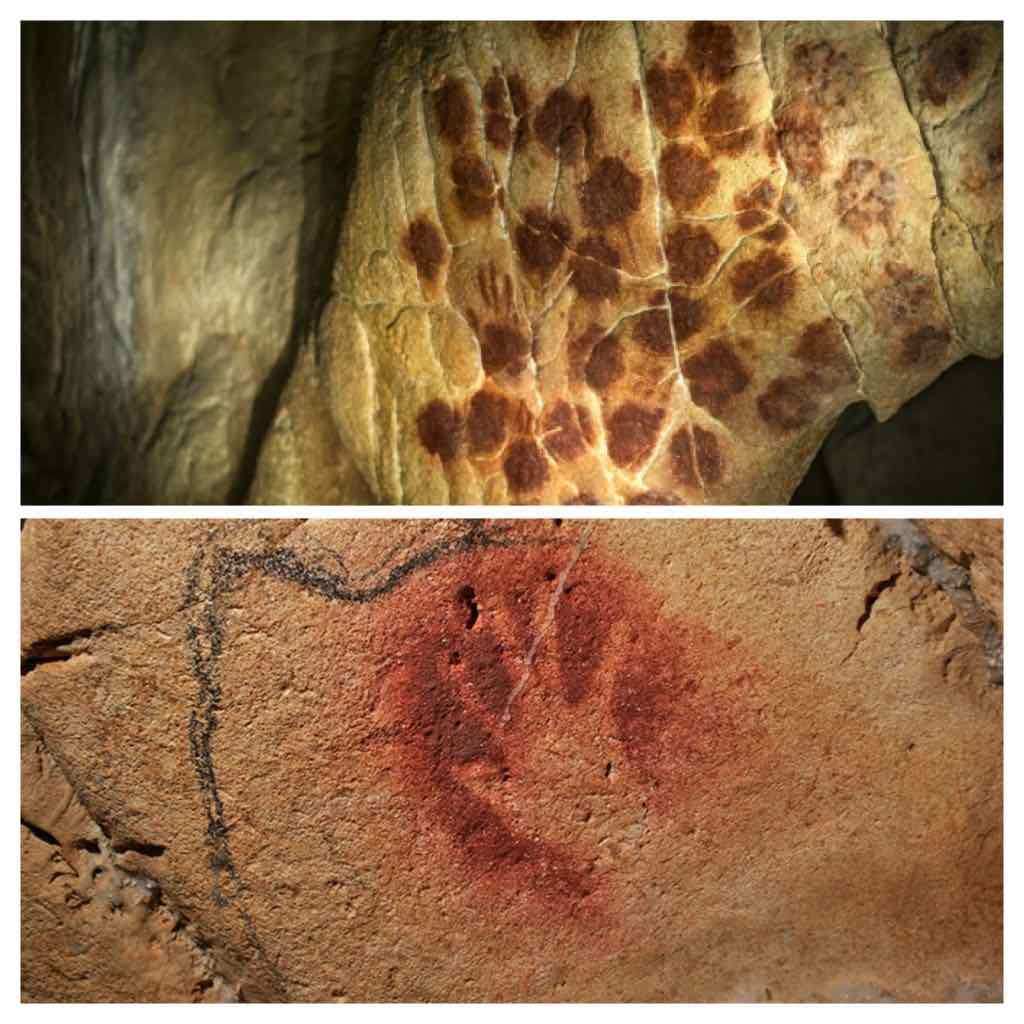 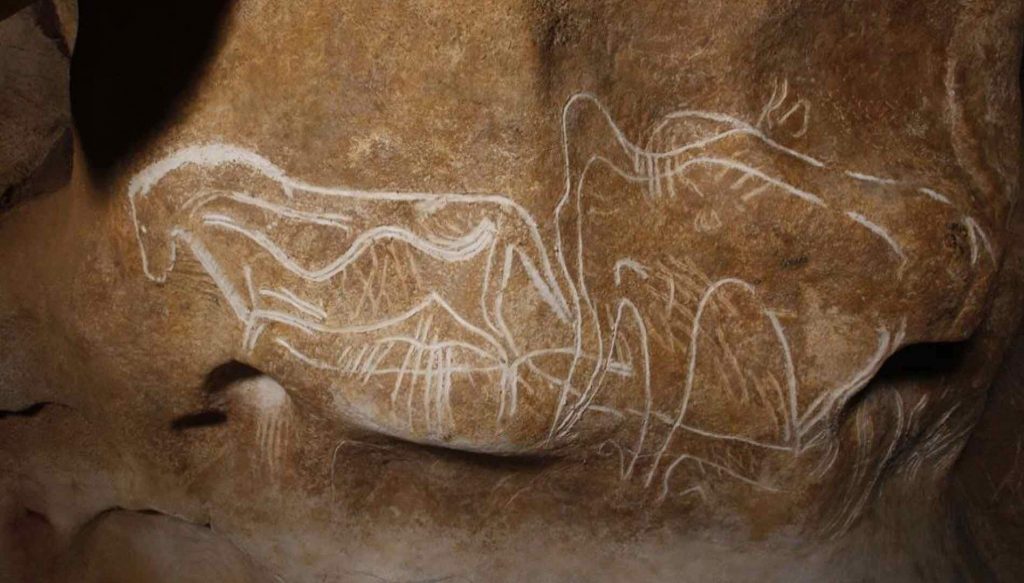 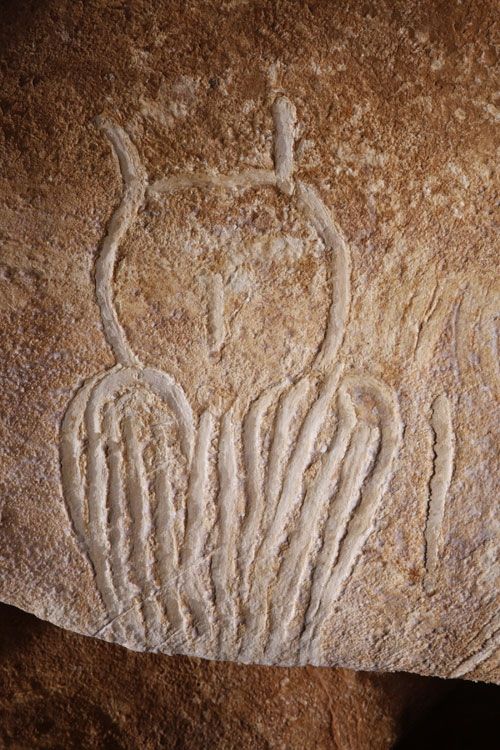 Charcoal and red ochre sketches that take advantage of the cave’s contours and coloring to create amazingly life-like images.

The cave was totally dark when these paintings were created, so all of this art was created by torchlight.  The replica’s lighting re-creates that effect – along with the original cave’s formations. 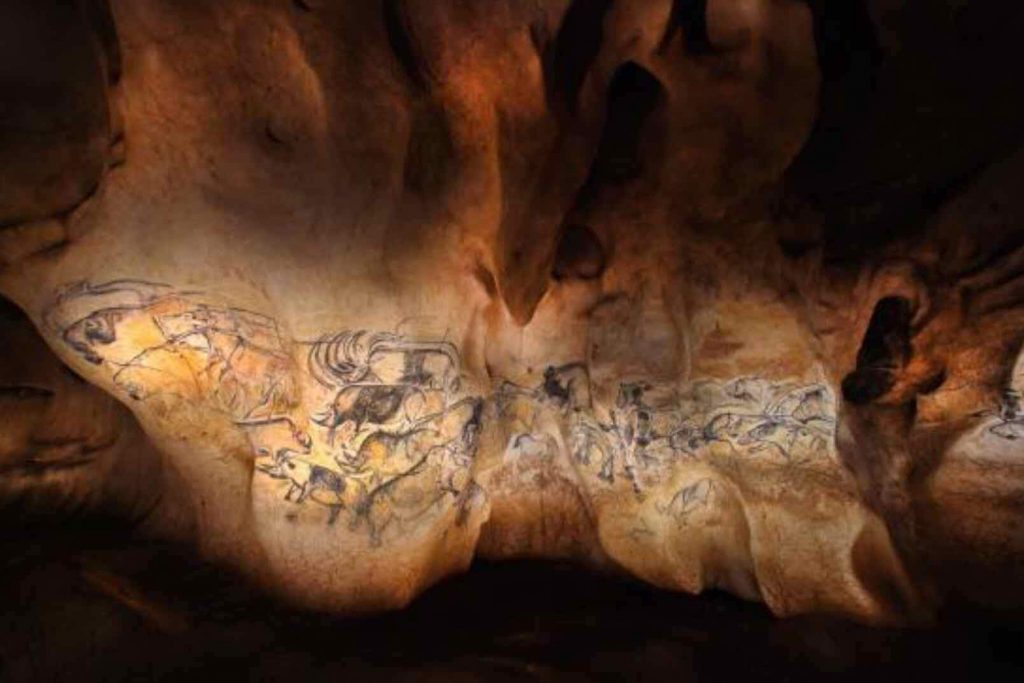 This panel represents what appears to be a stampede of various species by a pride of lions. Note the intensity of the lions’ gaze. 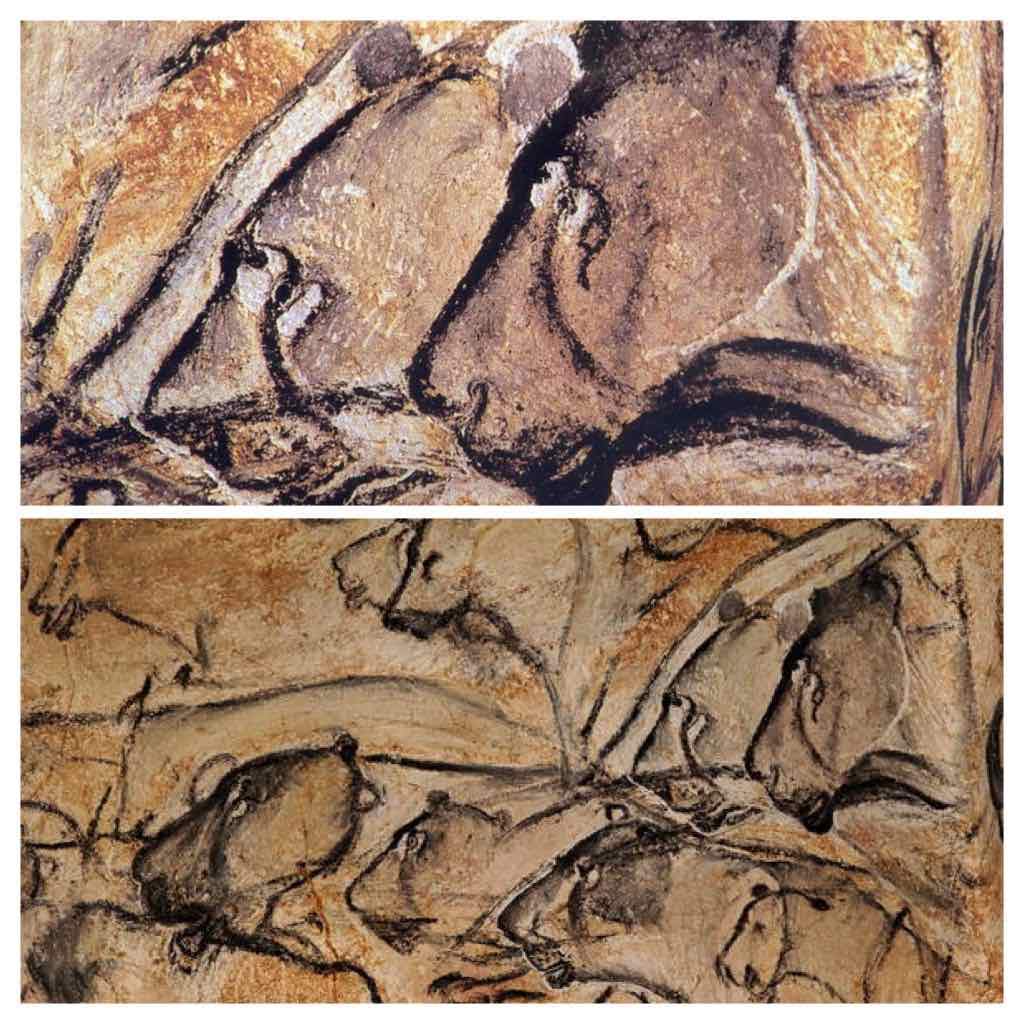 Left of the lions are a herd of horses and bison in flight (nearly trampling a panicked baby mammoth in the lower left). 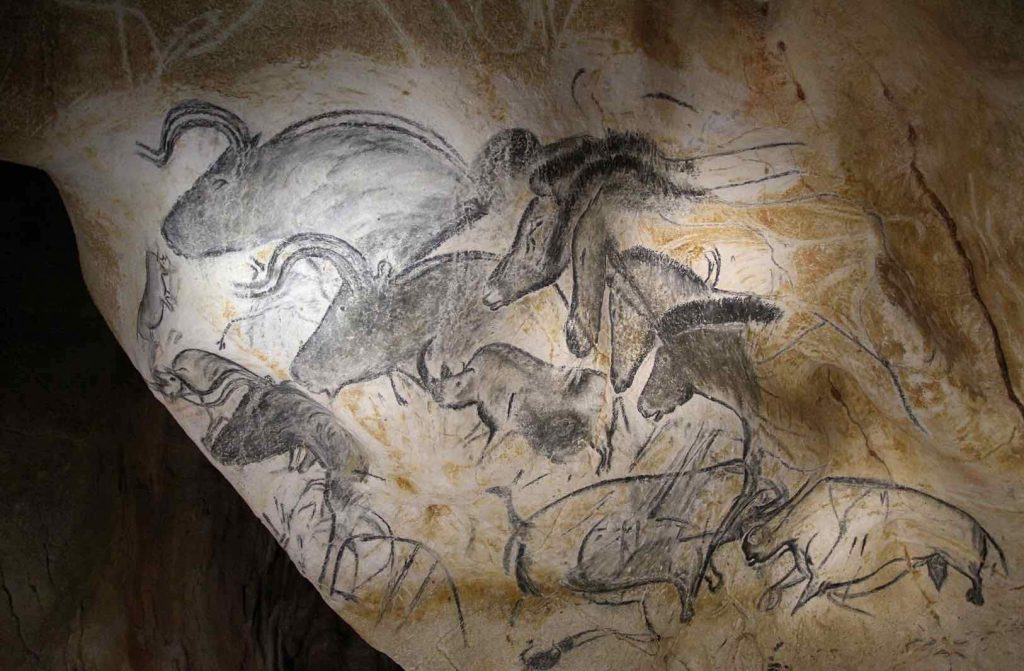 Agitated wooly rhinos and cave bears are on the other side of the cave wall’s “valley.” 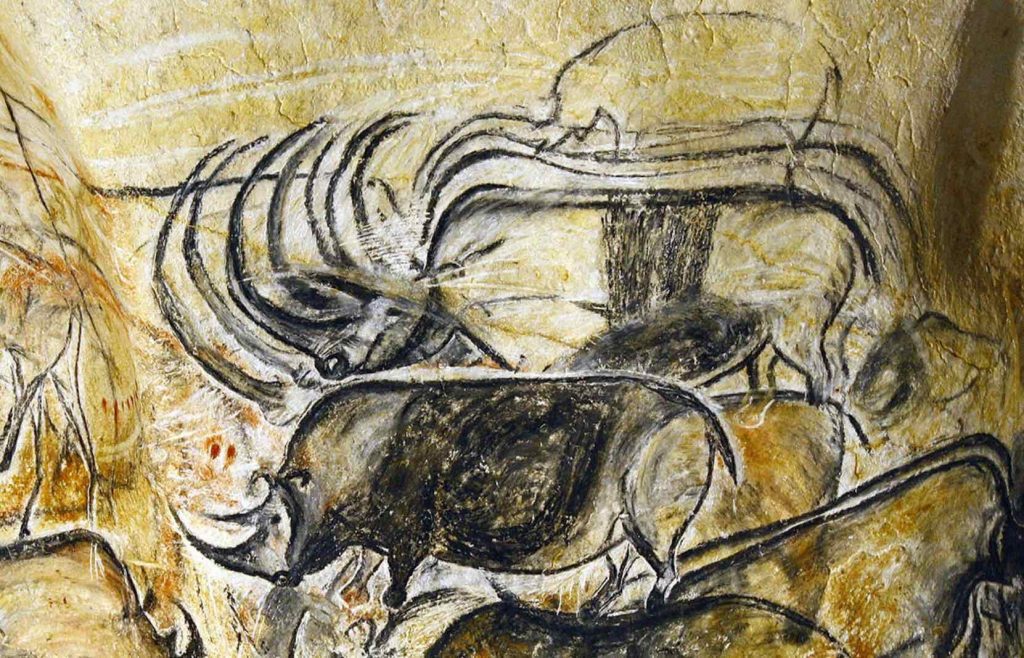 The cave’s only inhabitants were hibernating cave bears, judging by the hundreds of cave bear skeletons found.  Humans appear to have used the cave for ritual purposes, including placement of a cave bear skull on what looks like some kind of altar. 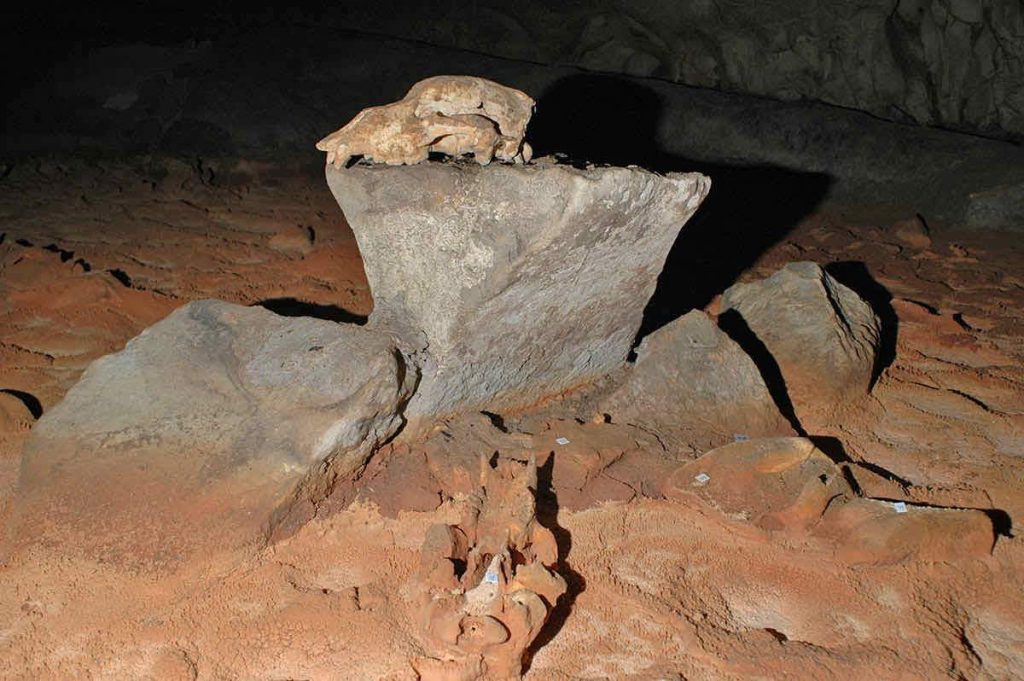 Outside the replica cave, the site contains excellent exhibits and a host of educational opportunities for kids. I thought the exhibits (static dioramas and lots of interactive touch screens) were very effective at giving visitors a sense of  Aurignacian culture and the physical world these people reflected in their art. 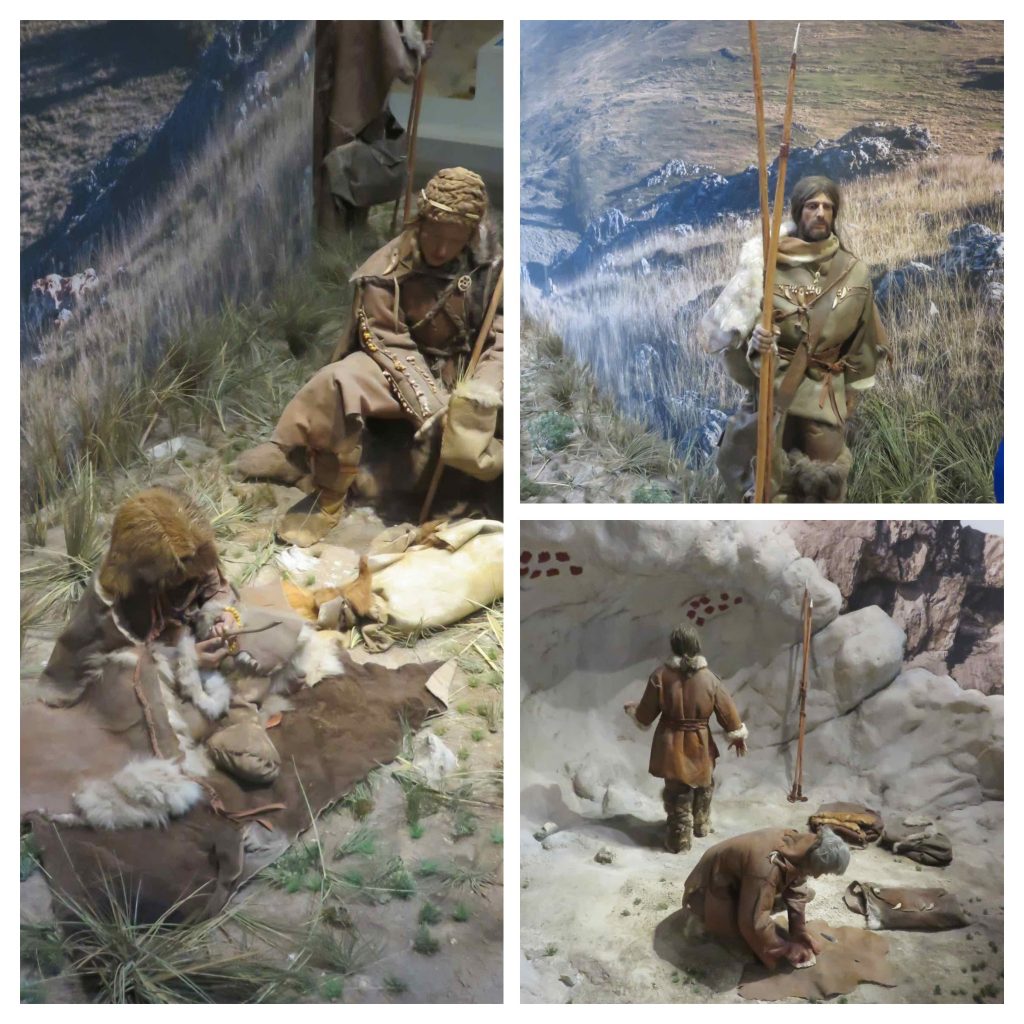 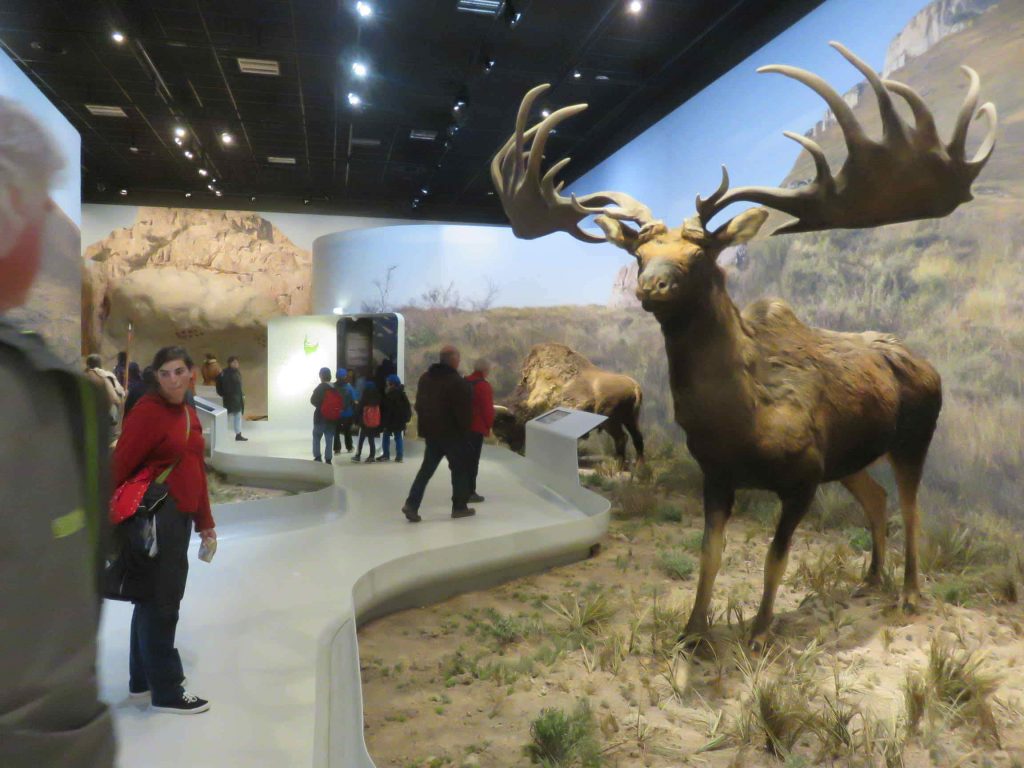 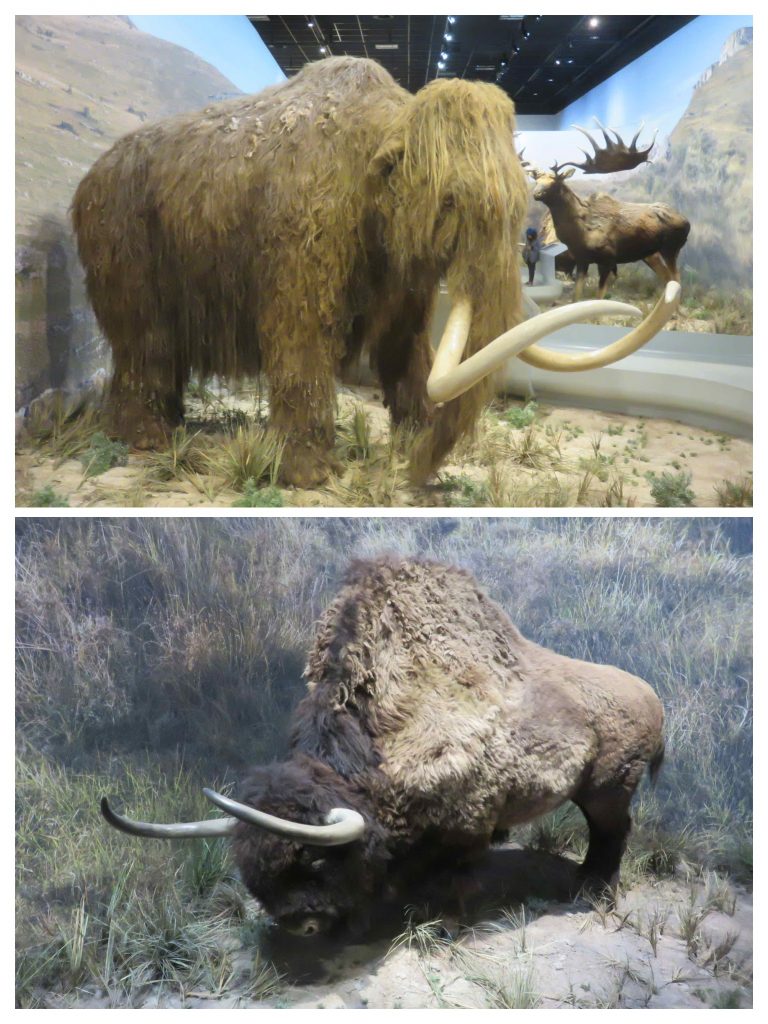 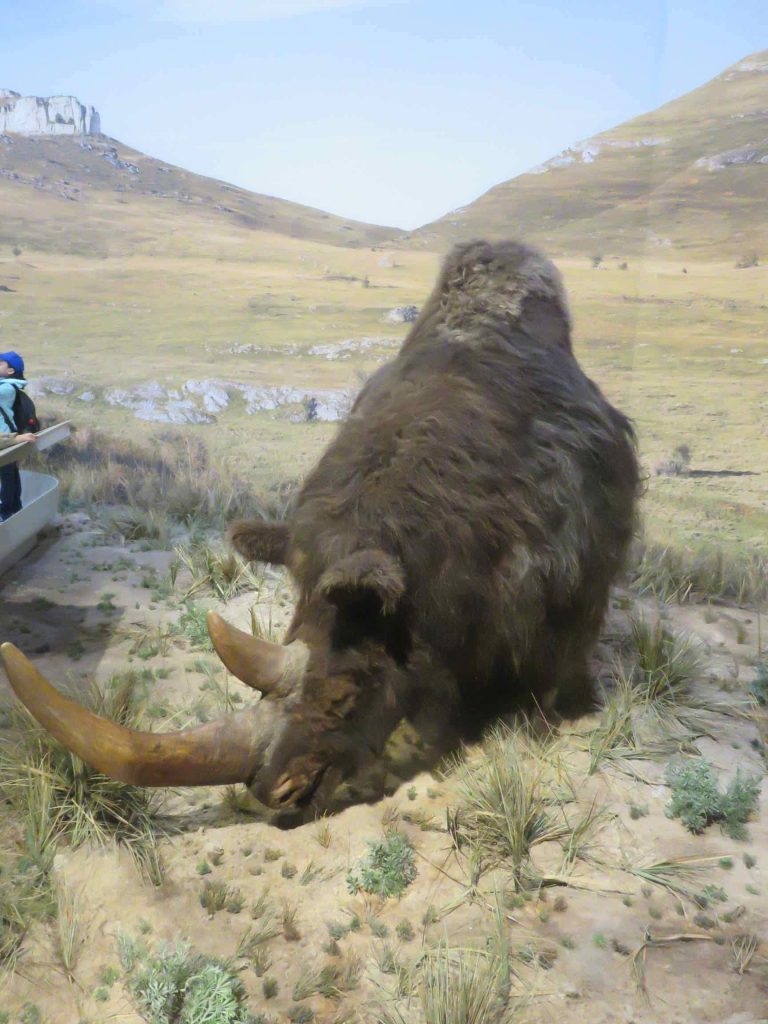 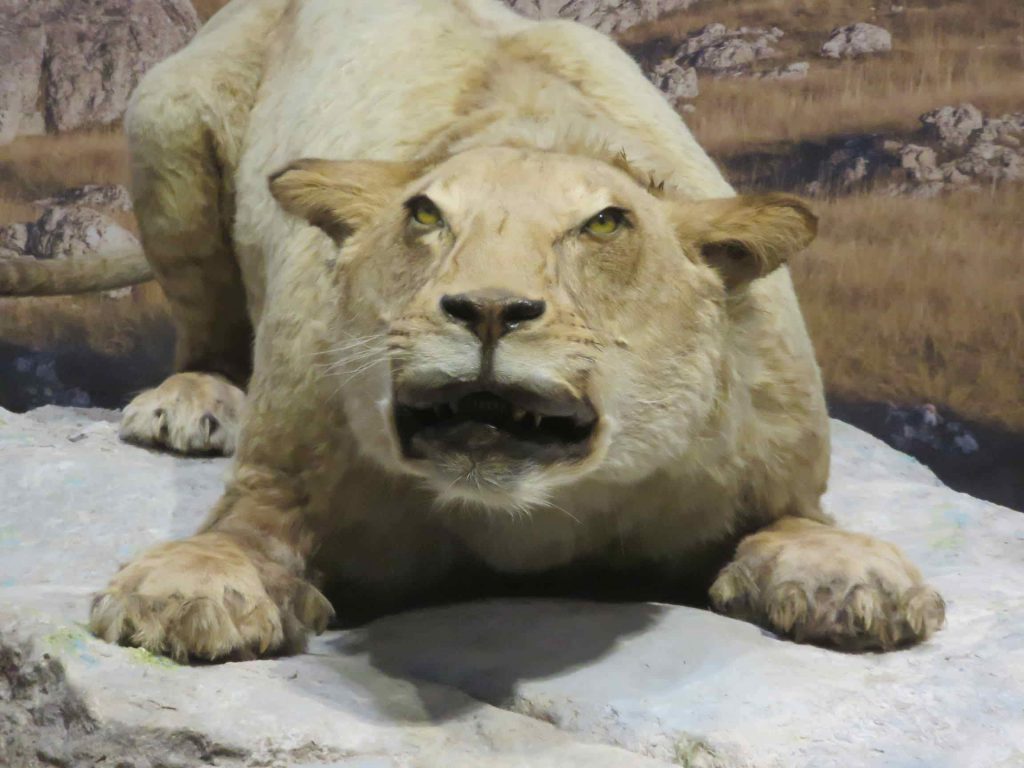 Leaving the cavern, we traveled 75 km south (and some 23,000 years forward in time) to spend time at Pont Du Gard, the best preserved Roman bridge in the world. The bridge is 3 tiered and 160 feet tall.  It’s impressive now – imagine its impact in the first century CE when the aqueduct was built. 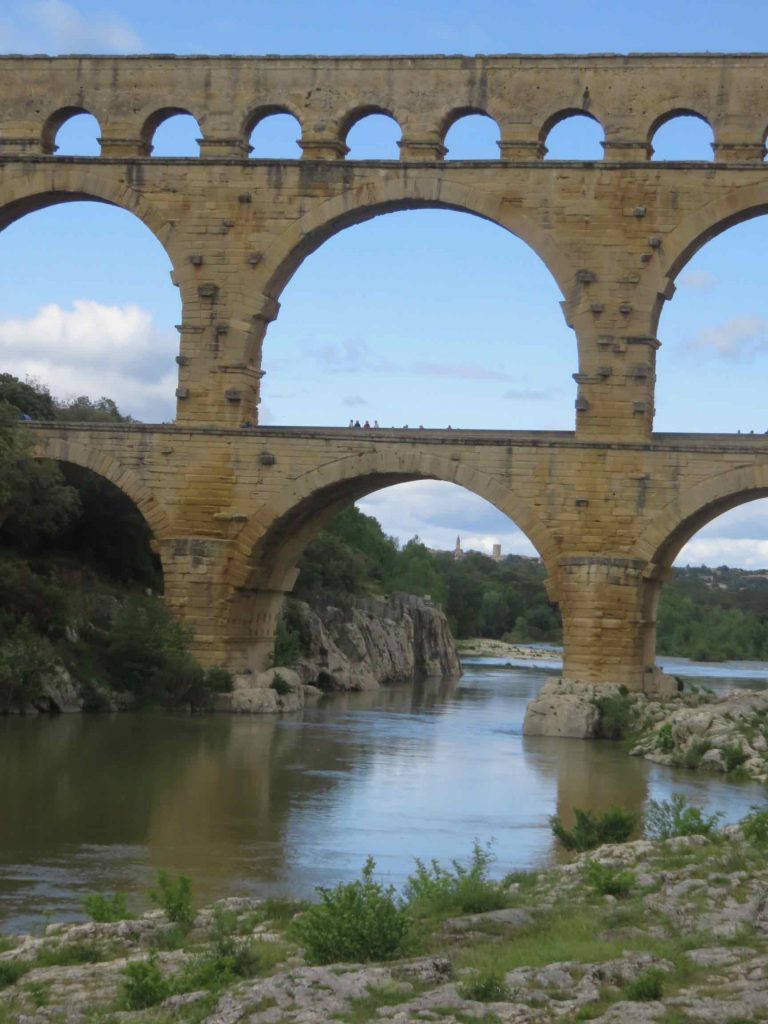 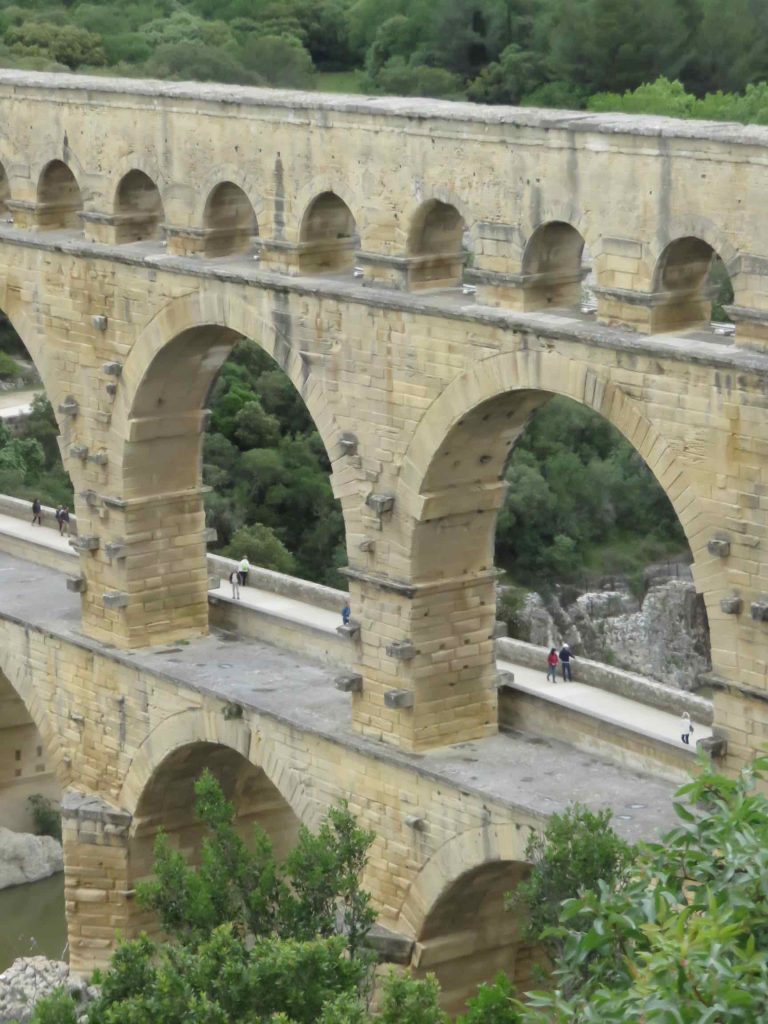 The bridge spans the Gardon River as part of a 50 km aqueduct system that brought water from a mountain spring at Uzes to the Roman city of Nimes. 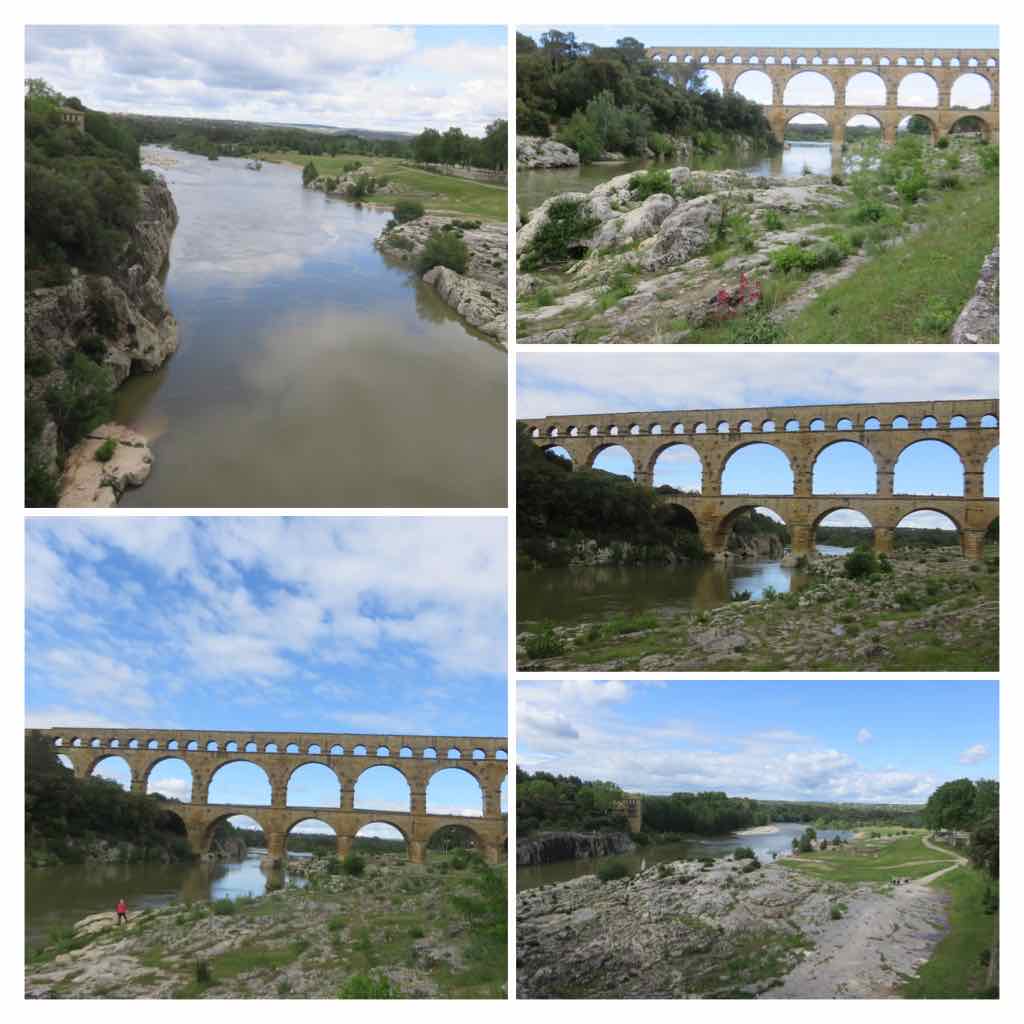 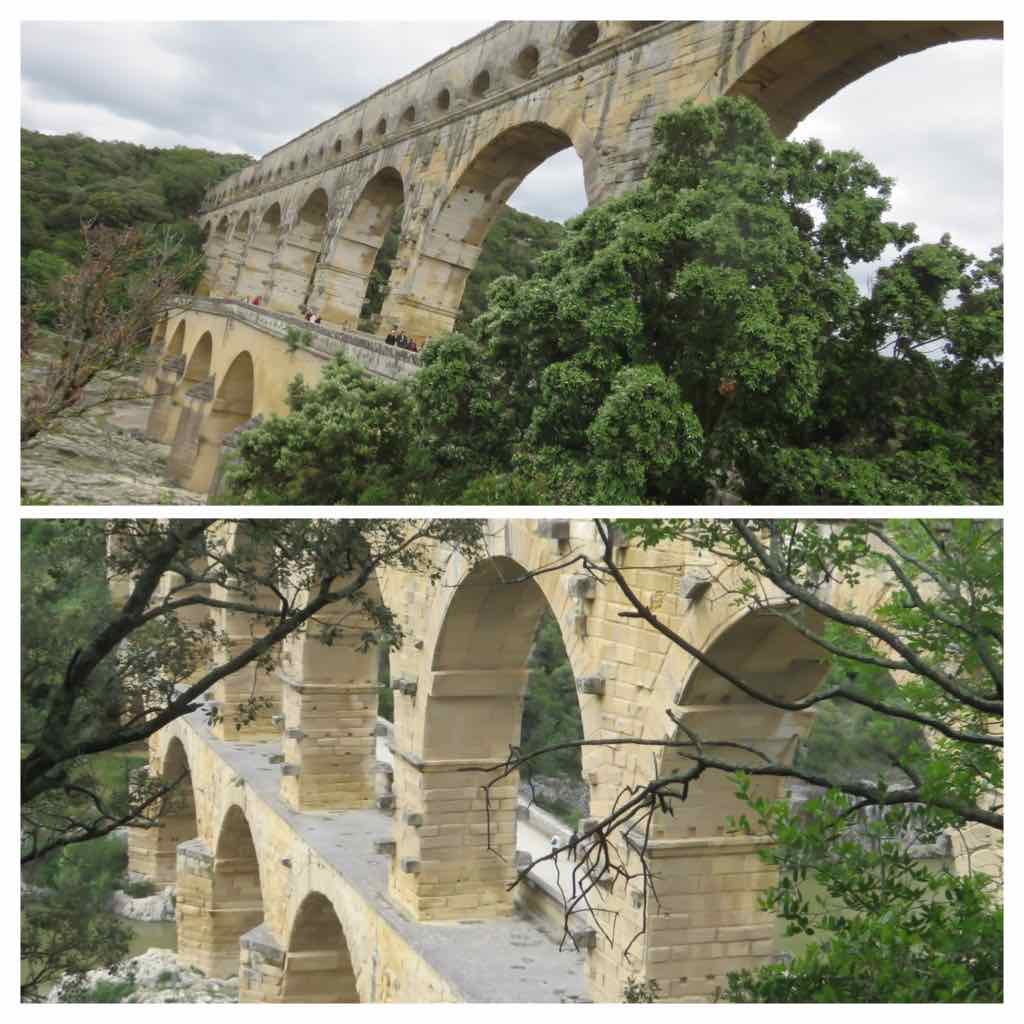 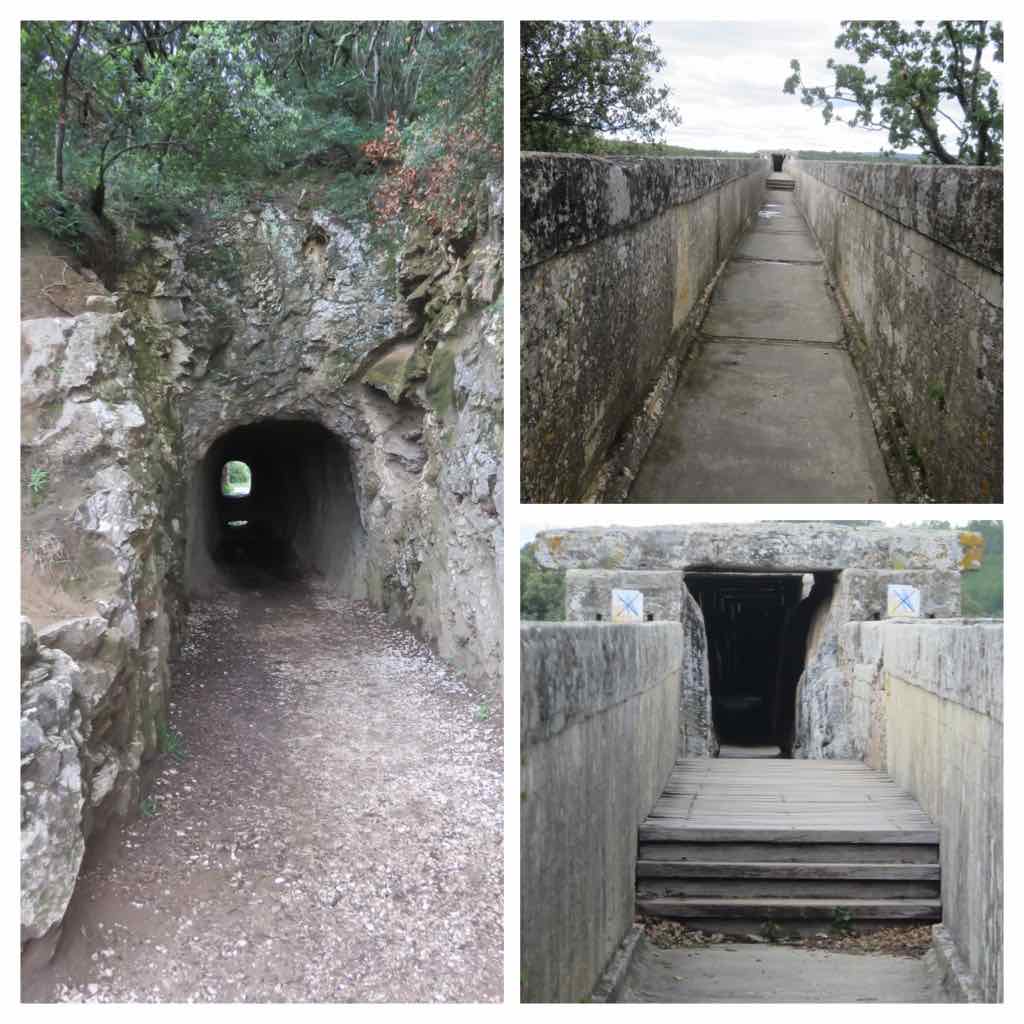 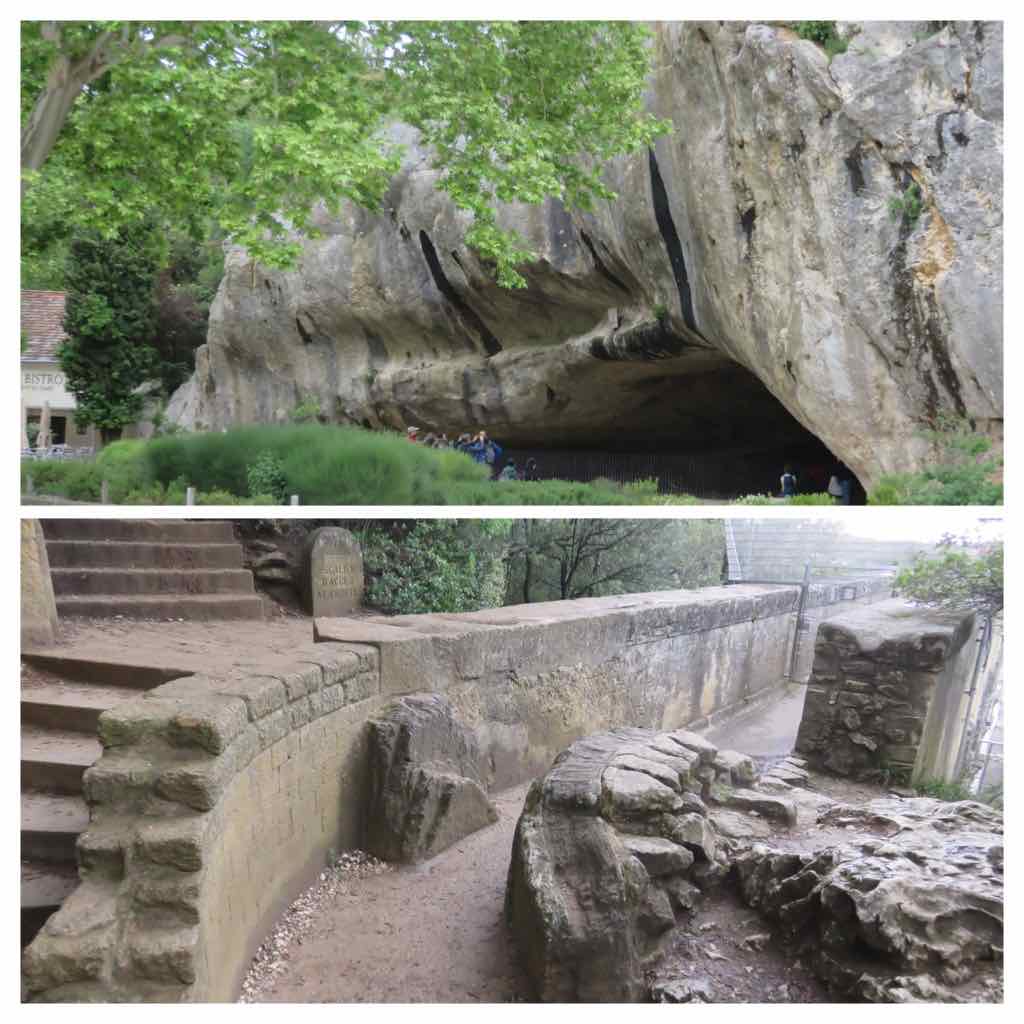 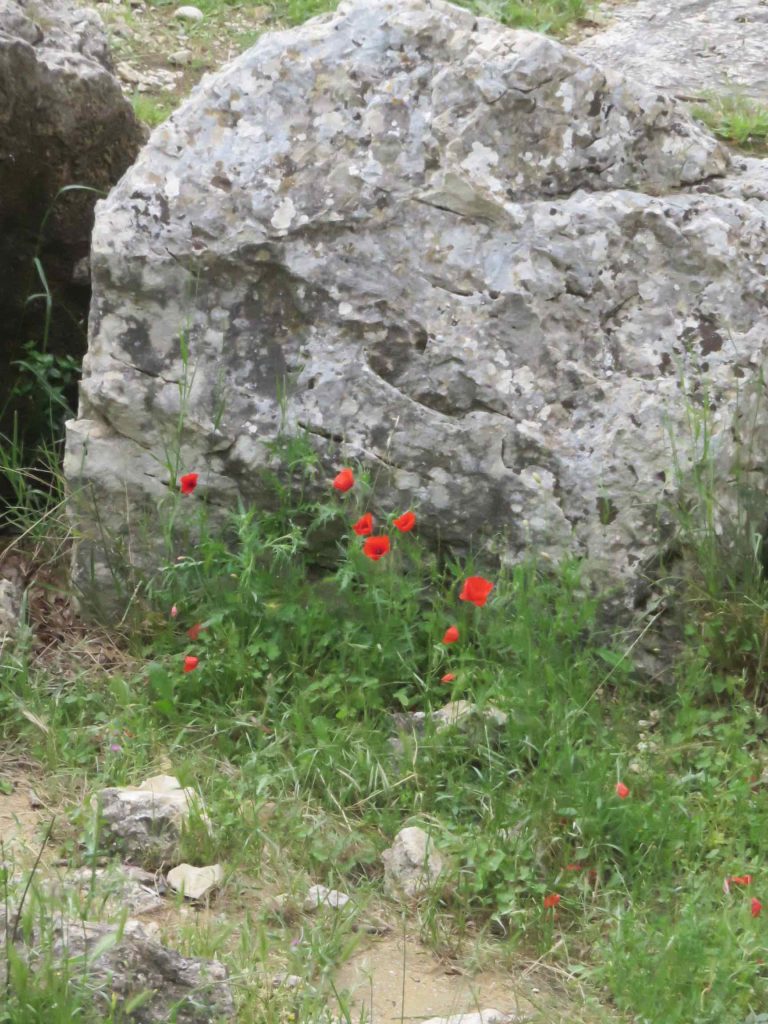 The on-site museum does a fabulous job of recreating the world of Roman Gaul, demonstrating how Romans engineered the bridge and aqueduct, and showing how archeologists and engineers teamed up to find the route of the original aqueduct (which survives in only tiny remnants today). Sadly, the exhibit was really dark – I had to use my phone’s flashlight to read some of the signage, so pictures were tough. 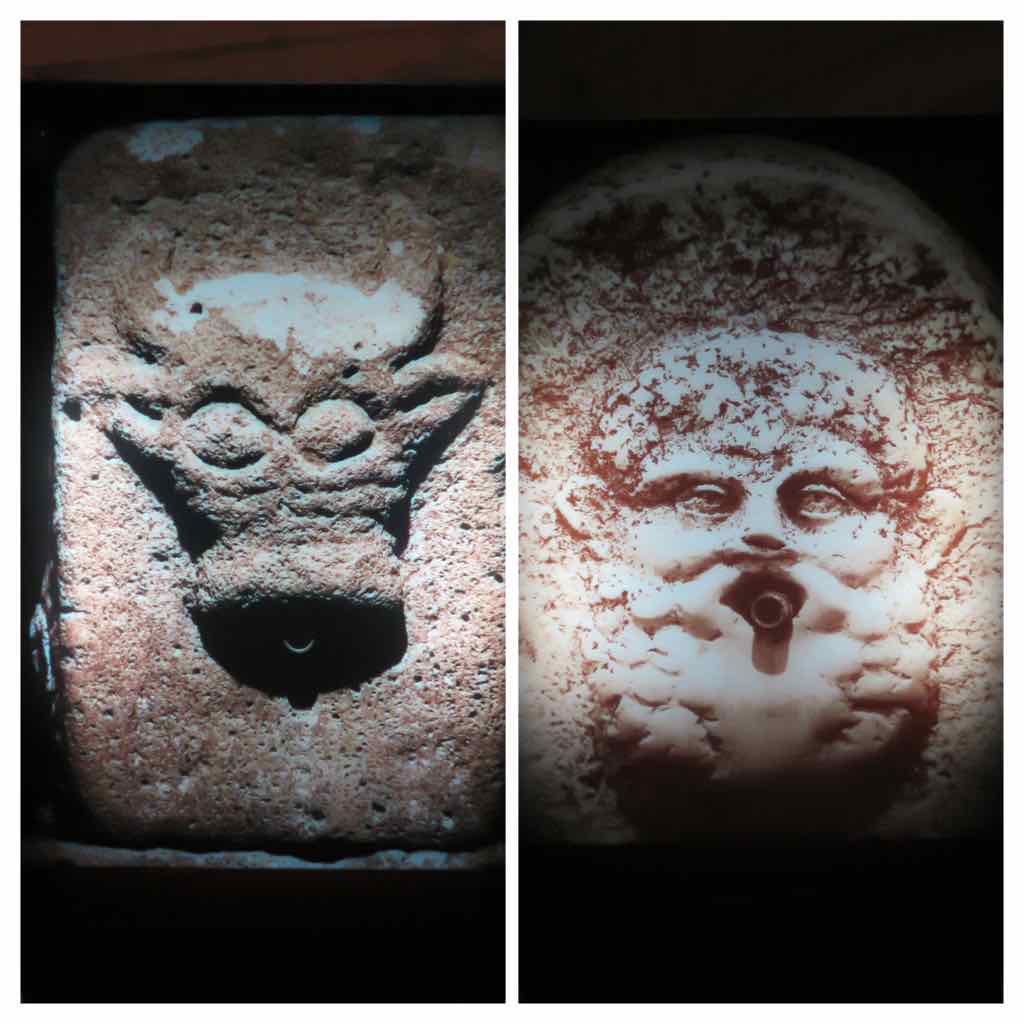 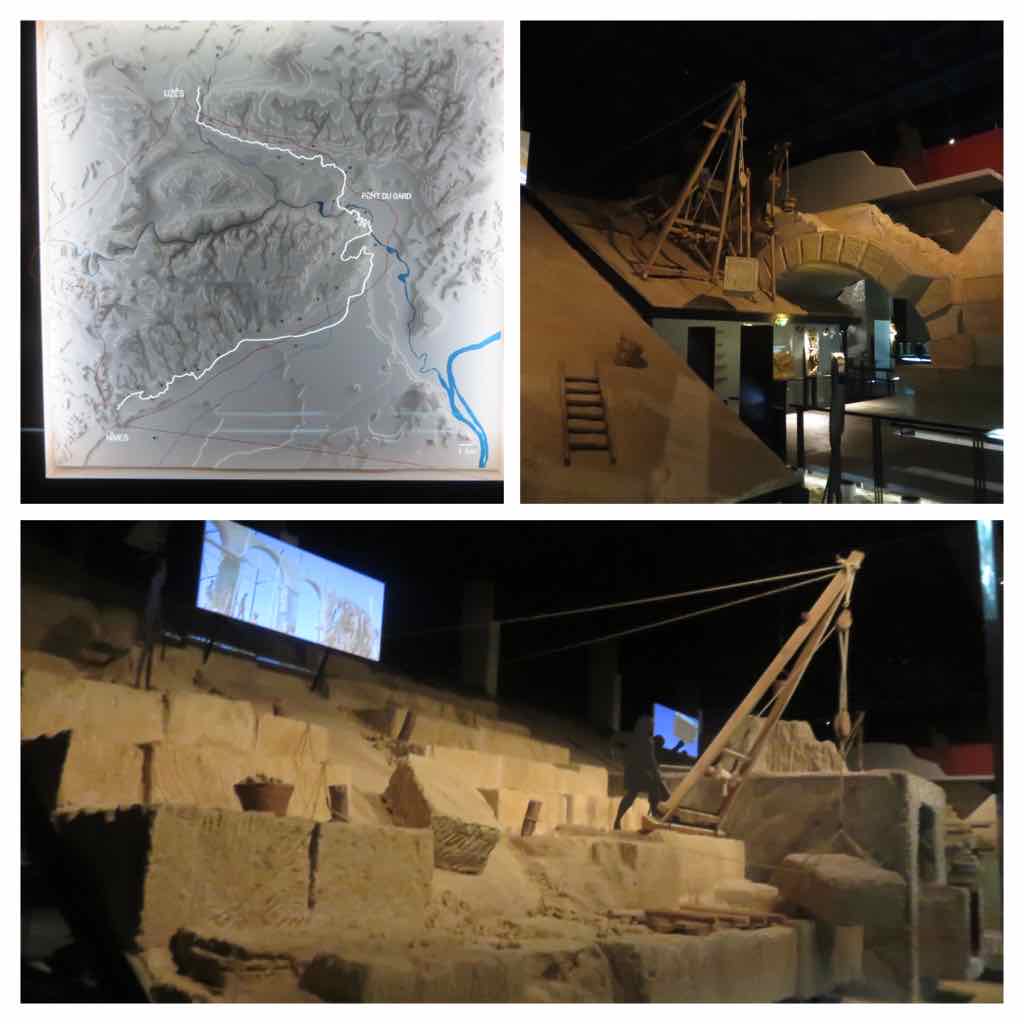 This was a long day – we grabbed takeout at the nearby Carrefour and stayed in for dinner.