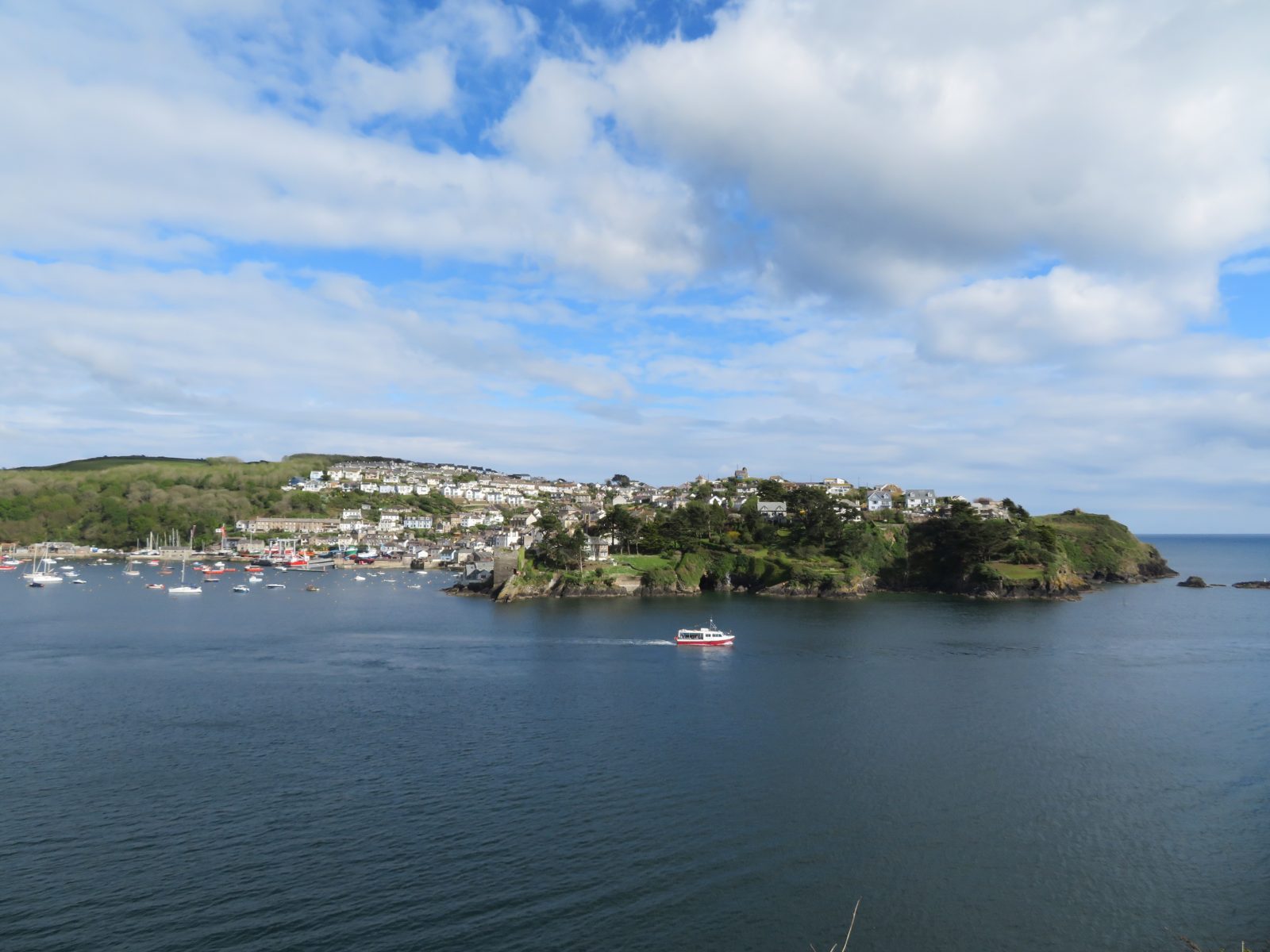 Today’s entry begins with a few words on The Peculiarities of Our Place. Beam Reach Cottage sits at the narrowest point of Fowey’s never-wide main drag.

There are bumpers on the building to protect it from passing cars.

…with a smuggler’s hole behind to accommodate bulky items. A large cupboard may have sat over the hole in smuggling days.

Downstairs, there’s a door to nowhere.

Since the house is only about 2’ from the hillside into which it was carved.

The garden is reached by a series of steep stairs built into terraces.

With the third of 3 refrigerators (presumably for beer) conveniently located on the highest level with the (gull guano decorated) picnic table and deck chairs.

Where the view makes it all worthwhile!

The route begins at the mouth of the harbor, where twin towers on either side once hosted a very long chain to be hoisted across whenever those nasty French appeared.

We began a bit higher, walking along Lankelly lane and enjoying the sheep.

Readymoney Cove was undergoing renovations involving the sewer, judging by the smell.

We stopped to watch a pilot boat zoom out to shepherd a very large cargo ship past knife edge shoals into the harbor.

P’ridmouth Cove is the setting for the boathouse in Daphne duMaurier’s Rebecca. Trespassing at Menabilly (just up the hill and through the trees), young Daphne fell in love with the place. Her earnings from Rebecca a few years later allowed her to inhabit the place legally on a 20 year lease. Sadly, her later efforts to buy the freehold were unsuccessful.

The dam and series of ponds originally served as a grain mill for the Menabilly estate. During WW2, the ponds were kitted up with lights and walls as a decoy target for Fowey harbor – with at least one bomb diverted here.

Past the cove, the walk wound uphill through a patch of woods.