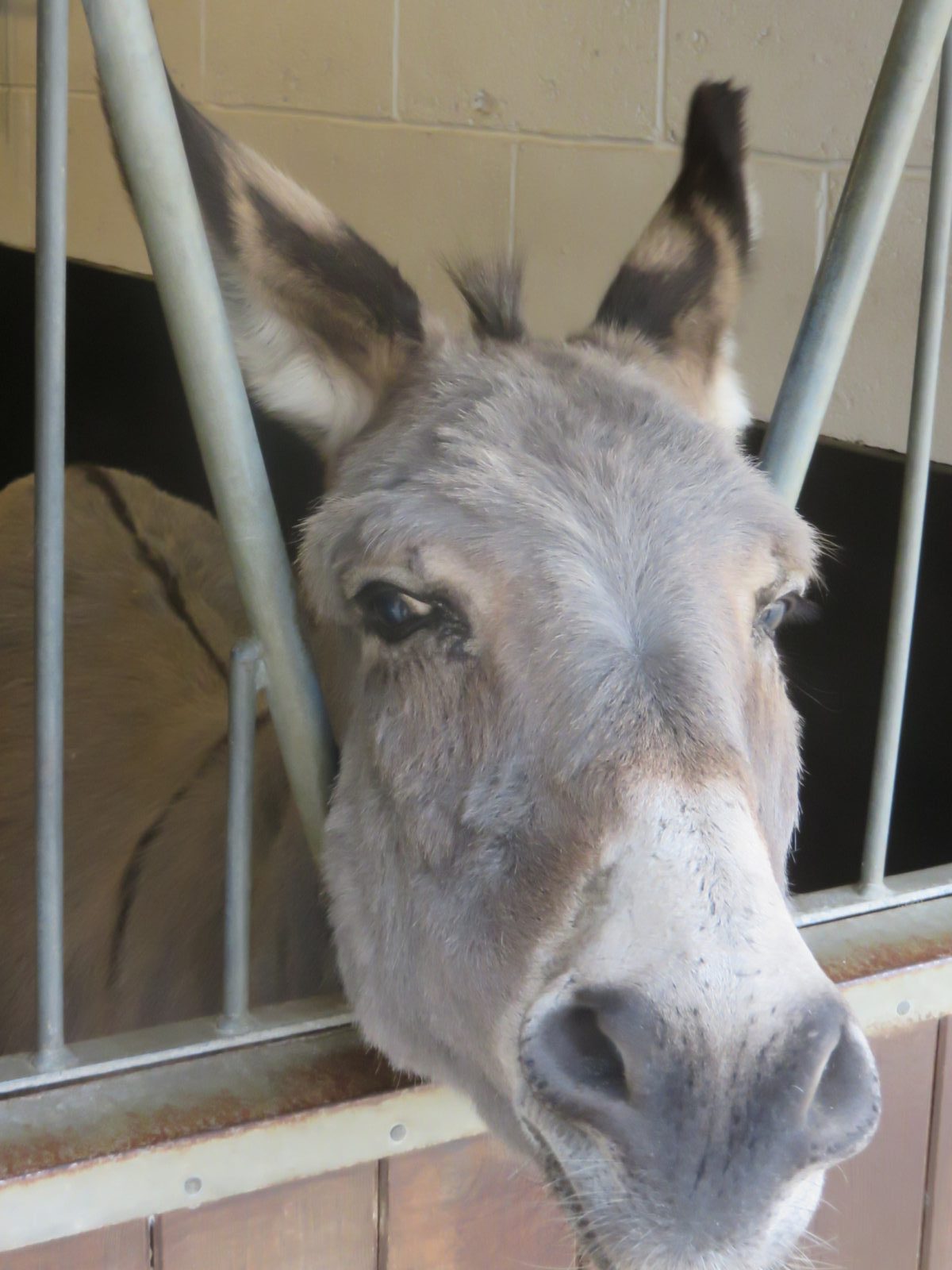 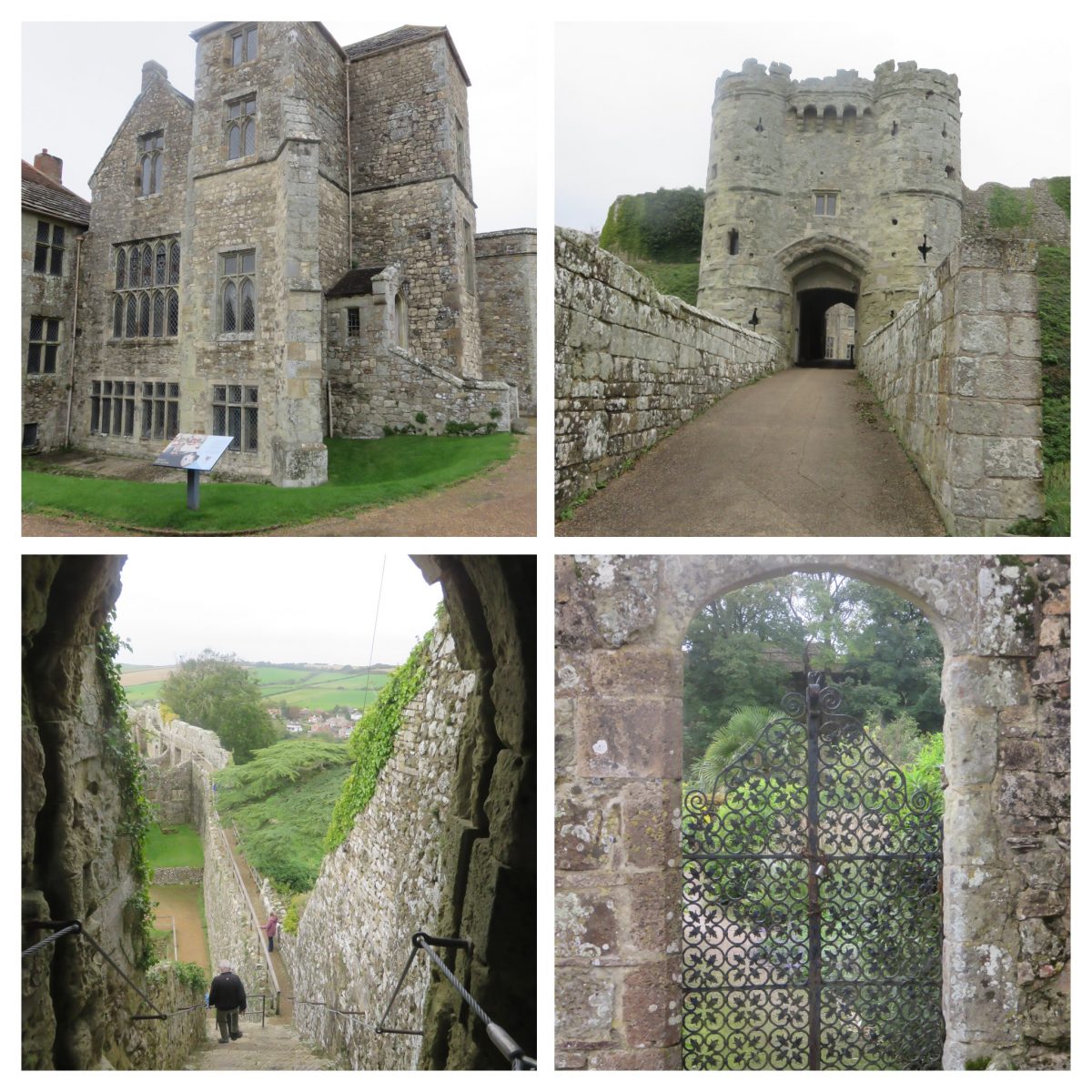 Carisbrooke Castle was first constructed in the 12th century (held by a powerful Lady, Isabella de Fortibus) and was repeatedly re-fortified to protect England's coast against that perennial enemy, the evil French.

The Great Hall mansion was added in Elizabeth 1's reign; Charles 1 was imprisoned here before losing his head. It was occupied by Victoria's youngest, Beatrice, into the mid-20th century. The current garden layout is Beatrice's design.

Carisbrooke's water source is a deep well, with a bucket winch once powered by human prisoners, then by donkeys laboring 12 hour days in a kind of giant wooden hamster wheel.

Today's castle donkeys have life a tad easier: their contracts specify a working day of up to 6 minutes, in 2 shifts of 3 minutes or less. (Times vary depending on the donkeys' willingness to oblige.) The little donkey in the wheel is Jill, who is Boss of everyone (reinforced with a strong right rear kick). She turned the wheel 3 times with a bit of human assist. Jimbo was chief greeter - he's retiring to the Isle of Wight Donkey Sanctuary at the wnd of the year. Lovely to see some members of this most maltreated of all human domesticates enjoying a cushy lifestyle.

A stroll round Yarmouth, with a fortifying cream tea, rounded out the day.