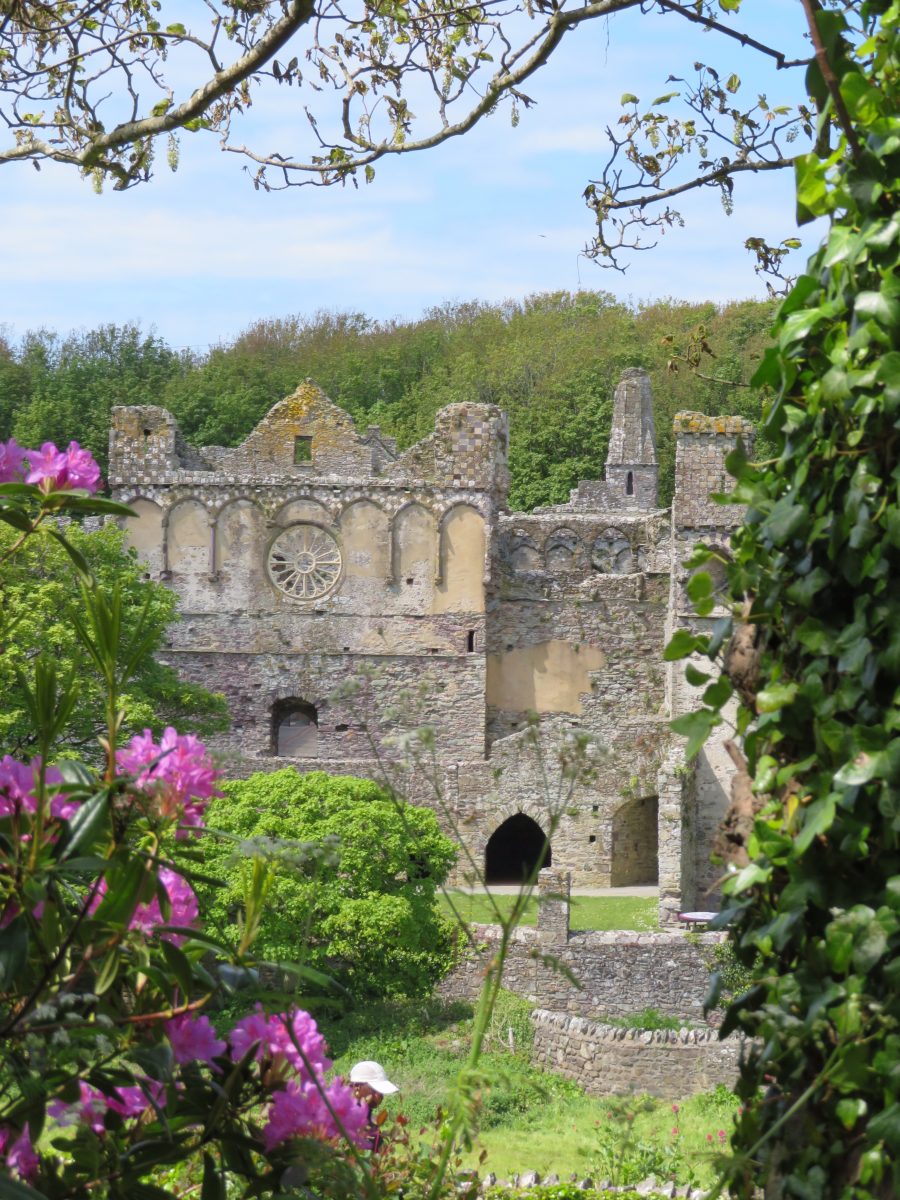 Thursday’s forecast was overcast with a chance of rain, so we decided to visit the library In Haverfordwest, then spend the rest of the day in St. David’s.

A view of the bay from the Broad Haven bus stop, with the tide coming in.

The fashion for ladies of a certain age.

Haverfordwest has a beautiful brand new public library, just opened this past December – and of which they are justifiably proud.

The town castle looms above.

A little market was underway in the town square.

St. David’s is the smallest city in the UK, a status derived from the fact that it hosts a cathedral. Beginning as a monastery in the 6th century – founded by St. David, naturally – the site was selected to be invisible to passing Viking raiders, and fortified after the Norman conquest.

The cathedral retains much of its Norman base, but has had many renovations over the years (some necessitated by fire and earthquake). Some changes are visible in the walls.

Our little companion for a restorative cup of tea.

We returned to Broad Haven on the Puffin Shuttle.

2 thoughts on “St. David’s and Haverfordwest”