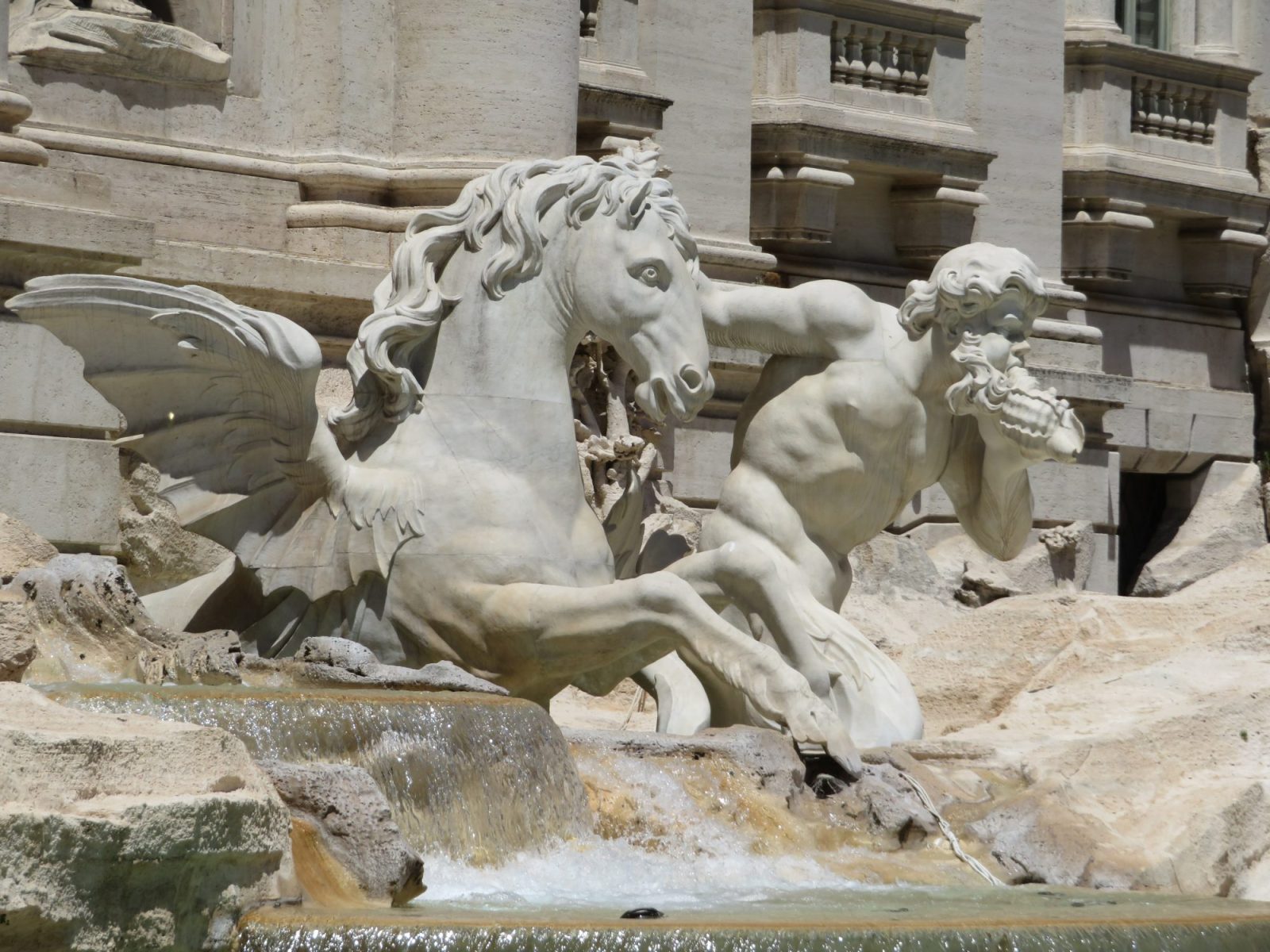 The final post from our trip to Sicily! Wednesday was our last day on the ground and we spent it traipsing around central Rome.

Our first order of business was to learn whether we’d be able to fly home the following day. The U.S, was still requiring a negative Covid test, taken one day before, in order to board a US-bound aircraft. (This exceedingly useless requirement has now finally been lifted.) Most pharmacies in Rome are equipped to do rapid antigen tests, but not all could give certificates in English. We had lined up a farmacia at Roma Termini and arrived bright and early, only to learn that their Covid tester was not coming in that day. The pharmacist suggested another farmacia out on the street and a couple blocks away. We dutifully made our there to learn that their tester was coming in at 9:30. We paid for our tests in order to be first in line, and – with an hour to kill – traipsed back to the station for tea. I enjoyed people watching while Matt sat and fretted. We returned to find the tester setting up her tools and a long line of US-bound travelers queuing to be poked.

Testing was performed in a sidewalk tent with privacy panels. The nurse was fast and efficient, getting us both in and out in less than five minutes. Then we had to wait around for results. I window-shopped the calendar selection in the tabacchi next door, wondering about the juxtaposition between angels, penises, cats and the pope.

Our negative results were delivered in about 20 minutes – yay! – and we were free to begin our touring day. We went back to flat on Via Emanuele Filiberto, walking through the interesting mixed use residential neighborhood in which it is located.

The Piazza Vittorio Emanuele II, with its lovely gardens, is just up the street from our flat. It has just about everything a neighborhood could ask for: lawns for sprawling, flowers, shade, a dog park and a ruin with cats.

Tucking our certificates safely away and picking up our outing gear, we walked back to the park’s Metro stop and caught a train to the Spanish Steps. We exited the Metro to find fighter jets performing aerobatics overhead, and an enormous number of fire and police people clustered at the base of the Spanish Steps. We finally figured out that there was no emergency – it all seemed to be part of Republic Day celebrations (Italy’s celebration of unification as a republic).

I was disappointed in the Spanish Steps. I remembered them from our first trip, 30 years ago, as covered with flower sellers and courting couples, with people sitting on the steps to enjoy the air. No one is allowed to sit these days, and the flowers are gone, so now they are…just a bunch of steps. Nice views, though.

Leaving the Spanish Steps (and the high rent commercial shopping district in which they sit, we meandered our way to the Trevi Fountain.

Last time I was here, every single fountain in Rome was under scaffolding. It was wonderful to see the fountains restored and gleaming.

Continuing, we wandered through commercial and residential neighborhoods to the massive monument to Vittorio Emanuele II, known as the Altar of the Fatherland.

Walking through the Bridge of Sighs-like arch above, we came to a broad terrazzo overlooking Capitoline Hill and the Roman Forum.

Circling the VEII monument, we came to Trajan’s Column. This 100 foot tall column is carved with spiraling bas-reliefs illustrating the Emperor Trajan’s victories against the Dacians (parts of today’s Eastern Europe) in the early years of the 2nd century CE. The sculpture is amazingly detailed, including 2,662 figures and 155 scenes, with Trajan appearing 58 times. It’s like a really gigantic I Love Me Wall.

Leaving the VEII behind, we headed west (more or less) to the Pantheon.

I liked this exhibit of immigrant lives, created by a Jesuit order that has been helping immigrants in Italy for several decades.

From the Pantheon, we walked to Piazza Navona, with its 4 beautiful fountains and great gelato shop, Gelataria Grom.

From Piazza Navona, we walked to the Tiber River and spent some time slurping water on this very hot day while admiring the Castel Sant’Angelo.

We crossed the Tiber on the Sant’ Angelo bridge, and walked around the Castel to reach the Ottaviano Metro stop and catch a train back to the flat.

For our last dinner in Italy, we Metro’ed over to a Rick Steves’ recommendation located on Via Flavia, Along the way, we came across a demonstration with middle aged working men staging a sit-in to block traffic and police suiting up for trouble. No one looked particularly concerned, and all appeared to have been resolved peacefully when we passed back by. Il ristorante, La Bottega Ristorante Punturi, was a great choice: outside dining on a quiet residential street with wonderful seasonal dishes featuring roasted porcini mushrooms. A great way to end the day – and recover from 9+ miles of walking.