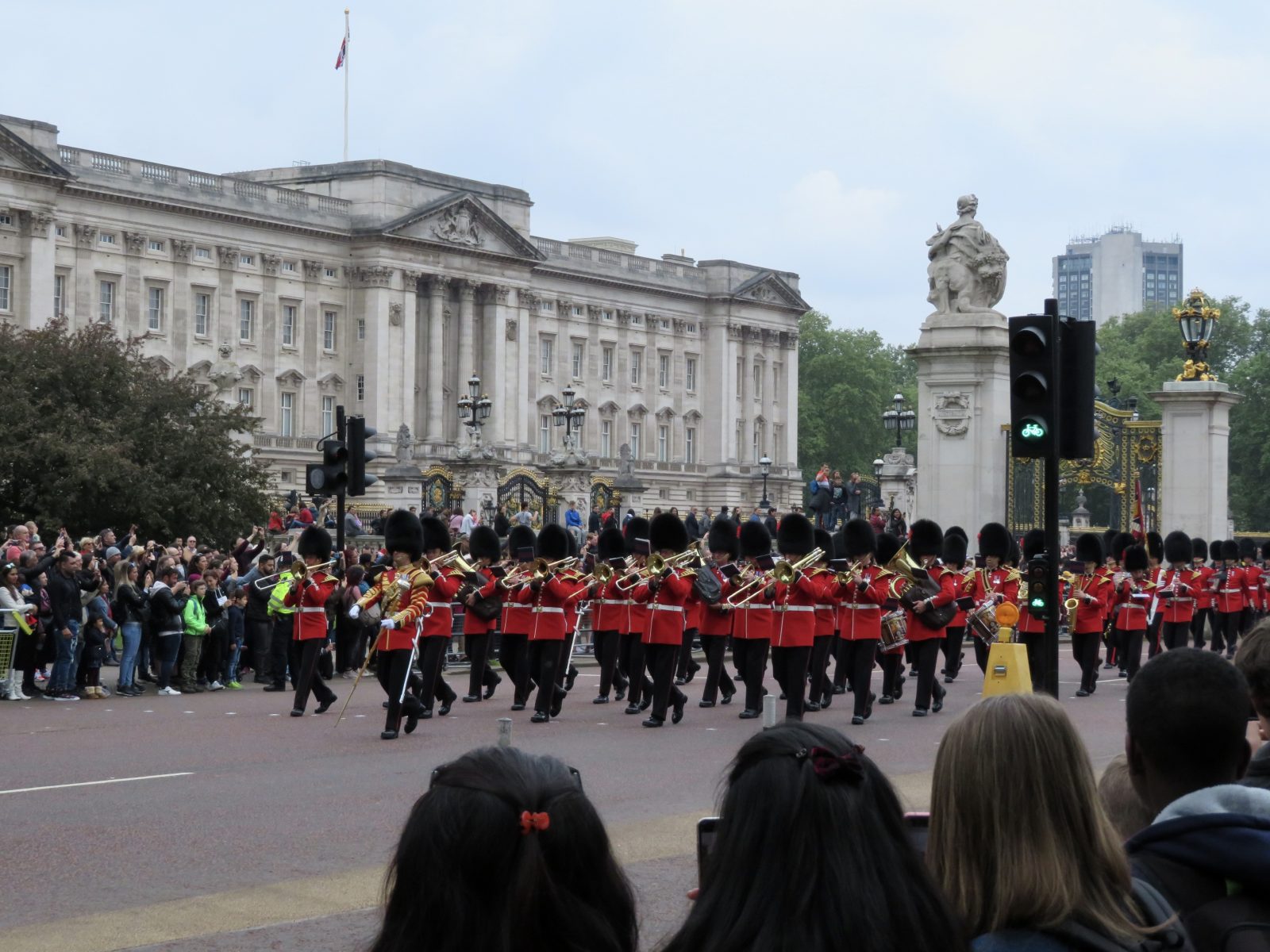 It was a bright day (not “sunny”, you understand – just “bright”). We set out to spend Sunday in the park with George – and a few thousand others who had the same bright idea.

We walked along the Albert Embankment on the Thames south bank to Westminster bridge.

Crowds were thick as we walked through Green Park towards Buckingham Palace. I asked a couple of gents decked out in regimental suits what was going on. “Changing of the guards,” they told us, with the Grenadiers doing today’s honors. Former Grenadiers themselves, they stood duty at the Palace Gates in the early-mid 50’s – one was part of the Coronation Guard. In town for an annual remembrance gathering at the Grenadier barracks round the bend, they shared details of plume colors, button numbers and the proud history of the Grenadiers as the monarch’s personal guards as the Guard trooped past.

The Royal Borough of Kensington & Chelsea

Since we were in the neighborhood, a visit to Harrods food hall seemed in order.

When Harrods was built in the 1890s, ancient Egypt was all the rage. The fancy handbags room is lined with more-or-less accurate reproductions of smiling sphinxes and tomb images. Hermès in the afterlife?

Shakespeare’ Globe Theater was our evening’s entertainment, beginning with dinner at its swanky restaurant.

Our play was Henry V, delivered by an ensemble cast of about 8 actors changing identity every 2 minutes to cover all 2 dozen+ parts. Like all Globe productions, casting is gender blind. Our Henry V was played with enormous presence by tiny Sarah Amankwah.

3 thoughts on “Sunday in the Parks & Shakespeare”