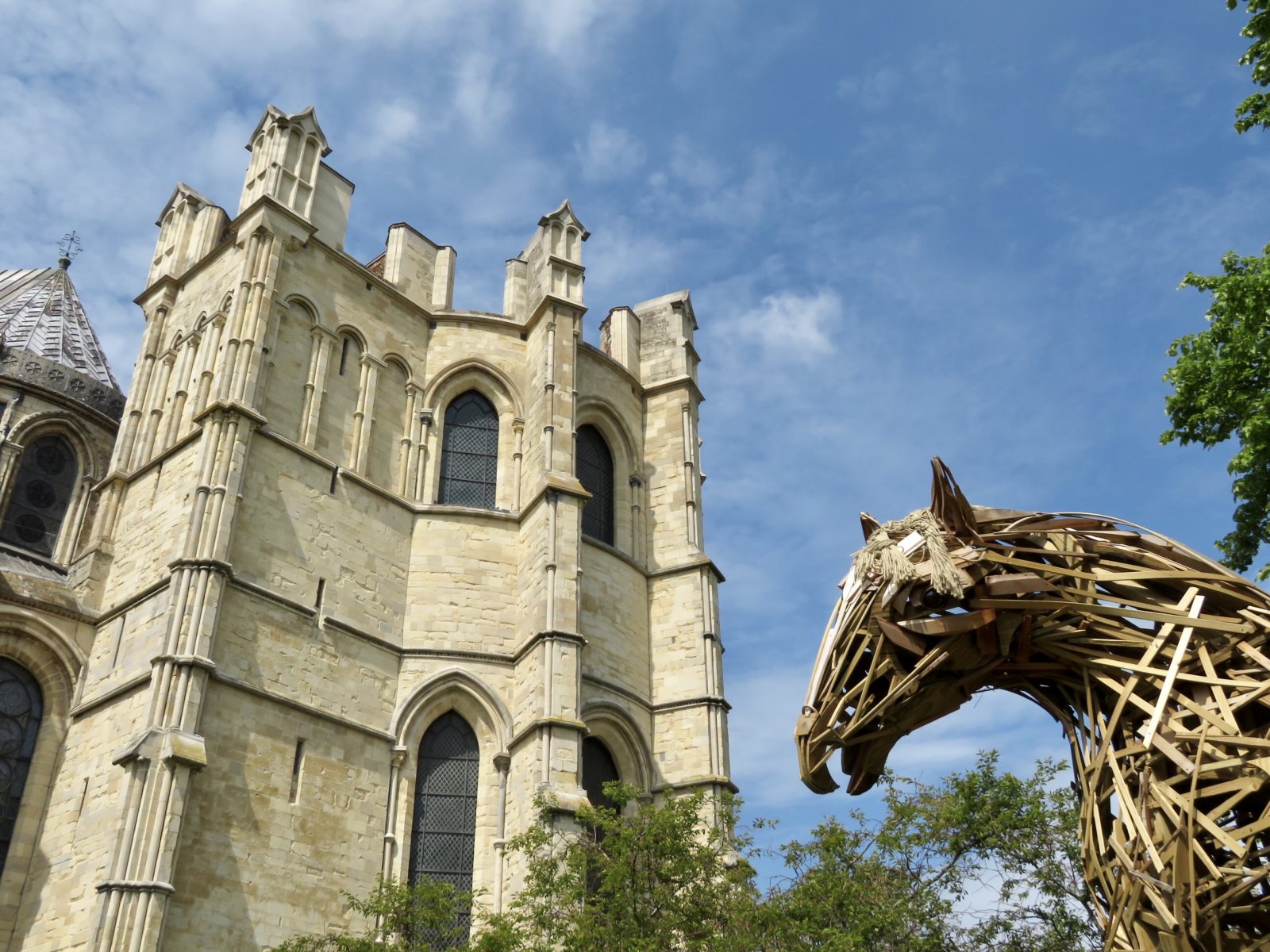 On Monday we day tripped to Canterbury & Rye, two places we’ve talked about getting to for a very long time.

Canterbury Cathedral, the Church of England’s seat, is the primary draw for visitors. Canterbury is to Anglicans what Rome is to Catholics, and multitudes still flock here on pilgrimage. The cathedral is enormous, set in almost 30 acres of church-owned grounds.

Fortunately for them – unfortunately for us – the cathedral received two large restoration grants this year. Exterior and interior were swathed in scaffolding and temporary supports as lead and stone were removed for treatment.

Below are Victorian era stained glass windows, depicting people important to the history of the cathedral. The people are shown on one end of the chapter house, with their exploits in the window opposite.

Canterbury Cathedral grounds, which host a school and a large administrative complex.

Leaving Canterbury, we detoured 3 stops to Rye on our return trip to London.

We were just in time to climb the bell tower in St. Mary’s church.

Rye is visited for its (very hard to walk on) cobblestone streets and quaint architecture. It was late in the day and drizzling, so we didn’t venture the 2 mile walk to Rye’s harbor.