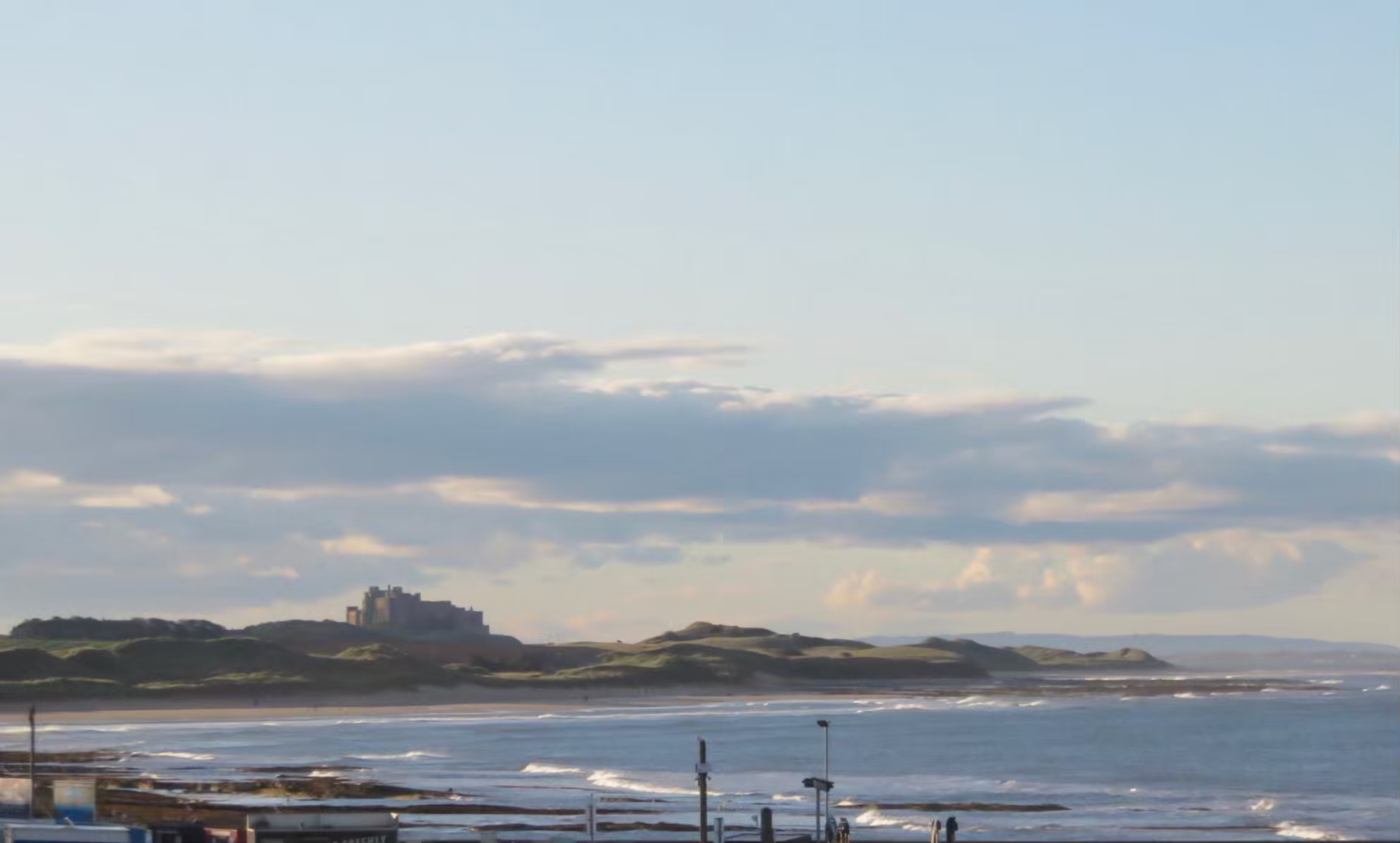 Our last coastal visit was to Bamburgh Castle.

Known as Bebbenburgh for its first 1000 years, Bamburgh was a Celtic fort, then an Anglo-Saxon fortress which was destroyed by the Vikings early in the 10th century.  Bernard Cornwell’s Last Kingdom series features the Anglo-Saxon version, built by Ida the Flamebearer and named for his wife.

A Norman stone castle was built in the 11th century.  The castle’s postition – perched on sheer cliffs, with the sea on 3 sides (silted in today) – made it  virtually impregnable until artillery fire came along.

Like a lot of castles, it slowly deteriorated over the centuries until several 18th and 19th century owners “restored” and refurbished  it to differing requirements. The last major restoration was by an inveterate Victorian inventor and industrialist, William George Armstrong.  He was also big on philanthropy (founding Newcastle University in 1871). He bought Bamburgh Castle in 1894, intending that it be used as a convalescent home. He died before the work wa completed, and his heir  turned much of the interior space into apartments. Today they are rented out on amonthly and yearly basis (step right up!) – yet another method that people saddled with these old monstrosities have found to raise money pay for O&M.

The castle today is a hodgepodge of architectural styles, its public spaces filled with an exceedingly strange mix of furnishings and bric a brac.

But the setting is superb.

The church flower ladies were just finishing as we arrived.

Unfortunately, the day was too cold and windy to walk back to SeahousesAlong the beach. But the winds made for gorgeously clear views on our evening stroll to the harbor.