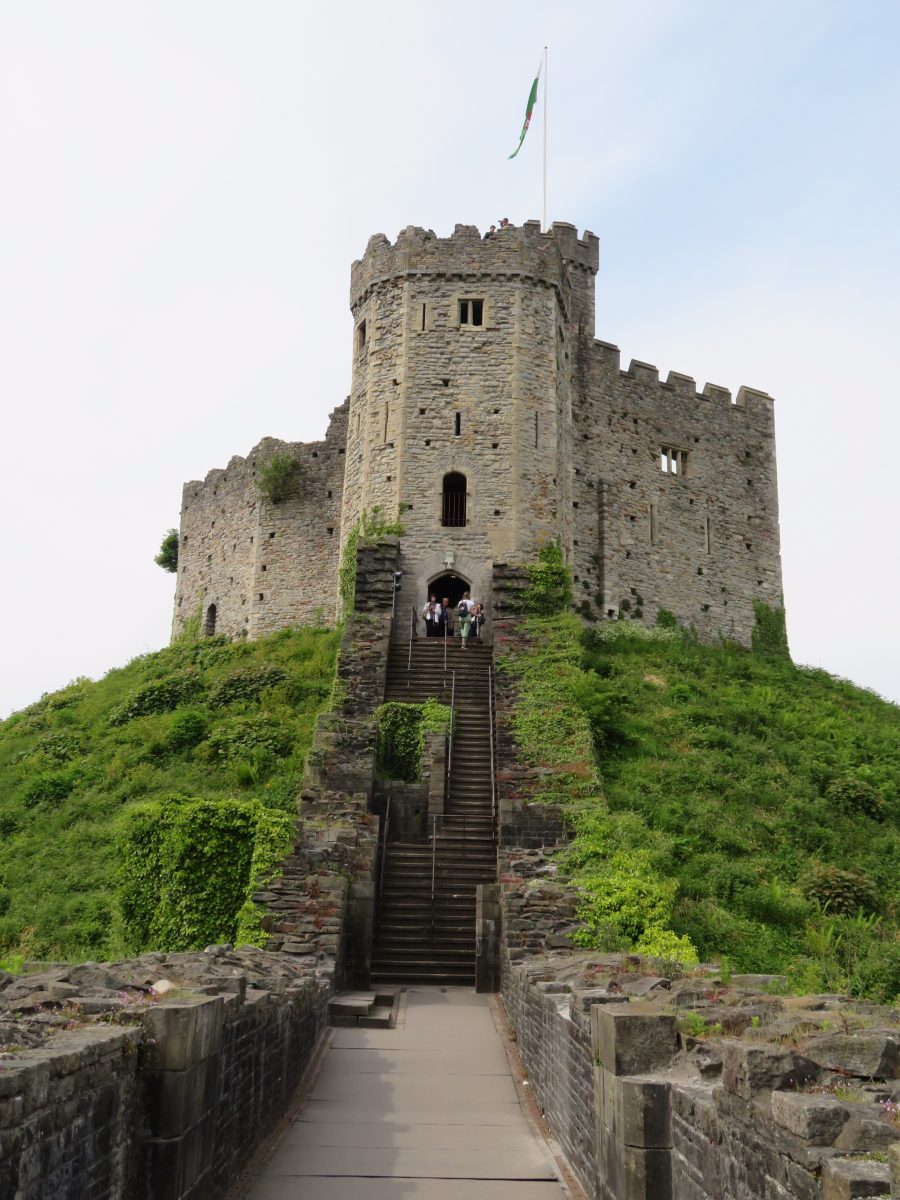 Our travels took us away from Broad Haven on Wednesday morning, bound for Cardiff. We were sorry to leave the Pembrokeshire coast. One last look from dinner at Sunshine Italian…

…and a last morning stroll along the beach.

The train carried us past into green, rolling hill country and enormous estuaries (on the Twy and Loughor rivers and around the bay at Swansea).

Our Cardiff flat, in a modern apartment complex.

Already overwhelmed by the bustle of urban life, Crystal sussed out a walking route to Cardiff castle that took us through Sophia Gardens and across the river into Bute Park.

The approach to the castle offers hints of the whimsy and weirdness to come. These 19th century stone creatures perch on the castle walls leading to the main gate

William the Conqueror built a motte and bailey castle on the site, which was expanded several times before the Welsh we’re finally quelled.

Much of the castle decayed into ruins, although “modern” apartments were added in Tudor times. The Butes, an aristocratic family of coal barons, took over the the castle in the 18th century and made many changes. Capability Brown was engaged to “tidy” the medieval buildings (most were removed, with the keep retained as a romantic ruin) in the 1770s. The the castle’s grass lawn stately trees were a Brown contribution.

In the 1940s, the architect William Burgess transformed the apartments into a new-Gothic “fantasy palace.” I think these designers had a sense of humor, but was not always sure. It is the most opulent, garish and bizarre set of apartments…

The castle walls served as an air raid shelter for Cardiff citizens during WW2, and a portion has been recreated for visitors. It was the most interesting part of the visit.

We were grateful for the park’s relative tranquility on our return walk to the flat.