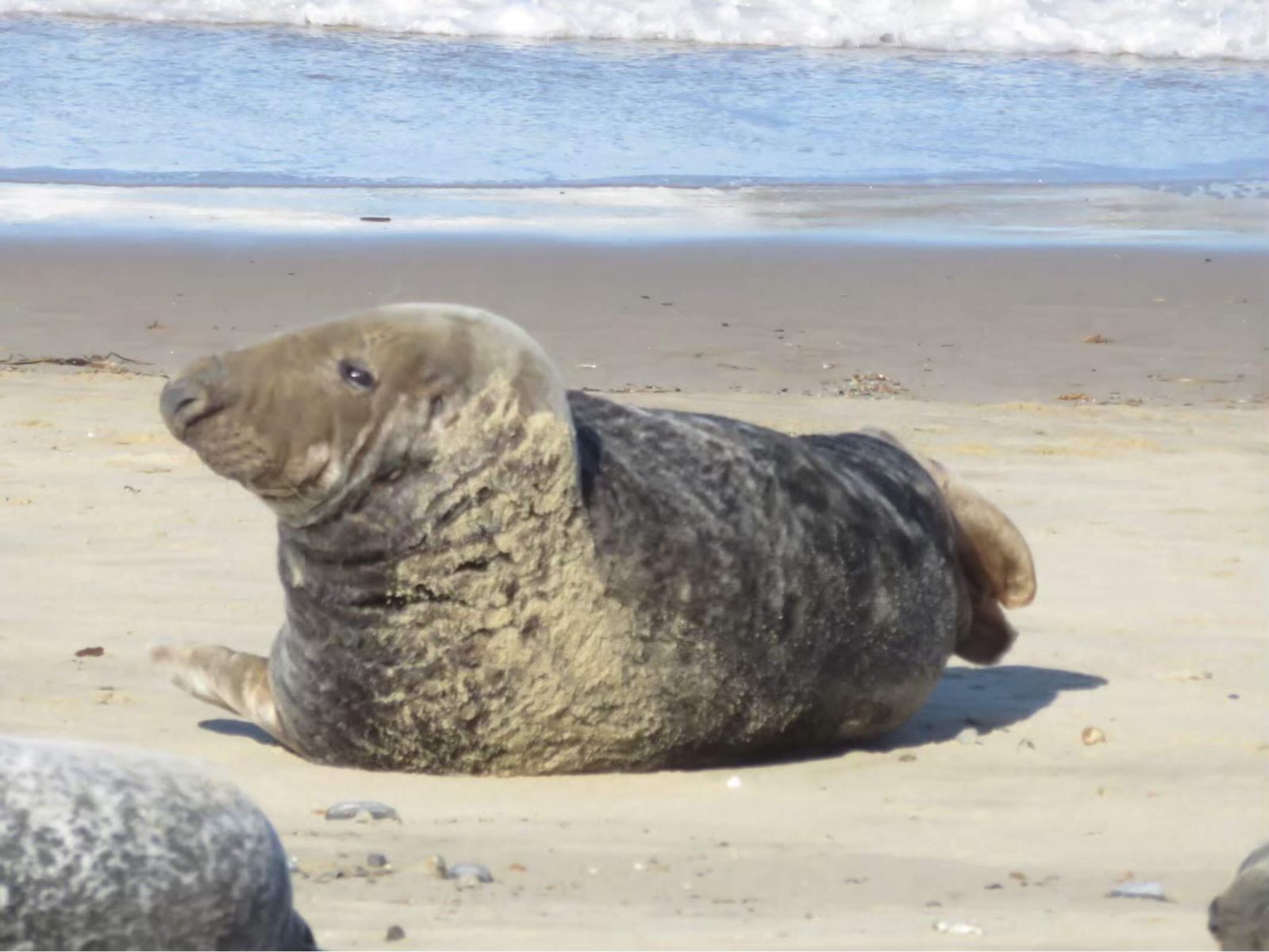 We left Durham mid-afternoon on Sunday, headed for a rendesvous with friends at Norwich train station. But our train leaving Durham was just enough late (damage on the line from the storm earlier that week)  that we missed our connection at Peterborough and arrived later than planned. Fortunately, we were able to reach Alison so she and Kim didn’t have to sit around Norwich station for an hour.  They fed us a delicious home cooked meal and tucked us into bed.

We started Monday’s adventures with a stroll around Ludham, the tiny Norfolk village to which Allie and Kim recently relocated.

St. Catherine’s, Ludham’s gorgeous 15th century parish church, reflects Norfolk’s glory days as a center for the lucrative international wool trade. The flint chip walls are characteristic of local architecture and the hammer beam ceiling is original. This church is lovingly maintained, with monthly movies screened in the parish house.

After a limb-loosening stroll around the village, we did what everyone comes to this part of England to do: went boating on the Broads.

The Broads are a typical “natural” English landscape – which is to say not natural at all, but humans so long ago that everyone forgot it was human made. The landscape is an interconnected series of rivers, canals and lakes, kept mostly navigable through active whacking back of vegetation. Here’s what Wikipedia says about The Broad’s origins:

“In the Middle Ages the local monasteries began to excavate the peatlands as a turbary business, selling fuel to Norwich and Great Yarmouth. Norwich Cathedral took 320,000 tonnes of peat a year. Then the sea levels began to rise, and the pits began to flood. Despite the construction of windpumps and dykes, the flooding continued and resulted in the typical Broads landscape of today, with its reedbeds, grazing marshes and wet woodland.”

Whatever its origins, the Broads today is a haven for what Ratty described to Mole as that quintessentially English occupation: “Believe me, my young friend, there is nothing — absolutely nothing — half so much worth doing as simply messing about in boats“Wind In the Willows)

Lots of thatched roofs in this part of Norfolk – not surprising, given the ready availability of river reeds. The little thatched roof church we stopped at is a jewel.

We boated from Stalham across Barton Broad to the How Hill nature reserve, where schoolkids were engaged in a wetlands’ field trip, and a swan flotilla was bent on extracting tribute from all passing boats.

After returning the boat to the Stalham pier, we motored out to Horsey Beach, a seal-watcher’s paradise.

We ended the day with dinner at the Recruiting Sergeant, a pub with delicious food and American-sized portions.  We were joined by our friends Sue and Phil and handed off for 2 nights’s stay at their home in Swanson Abbot.