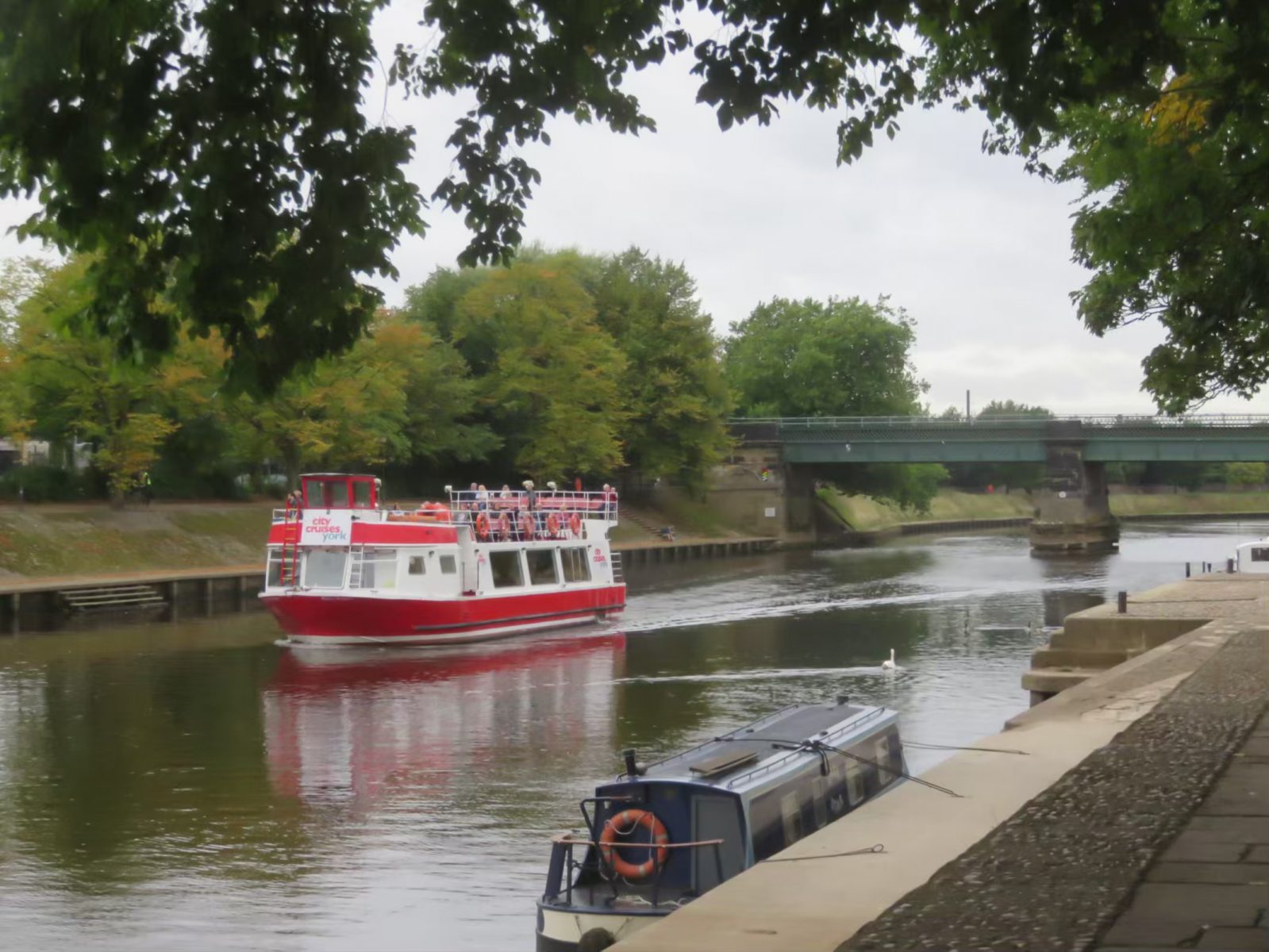 Monday was our last morning in York. We started the day with a bit of Edwardian elegance: breakfast at Betty’s Cafe.  Started in 1919, Betty’s interior is meant to evoke sailing (first class) on the Queen Mary.  Third class sailing would have been a somewhat different experience, methinks.

Then we wandered through the Shambles.

One of York’s delights is the locals’ delight in cats as public art. There are 22 cat statues lurking up high on buildings in the center – last trip we spotted all but one.

We stopped in at the library and local history archive (York’s version of Boulder’s Carnegie library).

Genealogy and local history research is a huge Thing in the US and UK, as you can see from the people here making use of York’s carefully husbanded archives. (To be fair, some of these folks are probably just enjoying a quiet place to be.)

I was saddened to learn that the city of Boulder has purged most of its older records – doubly so, now that I realize we’ve lost the ability to make a statement to history like this one:

Historical note: Richard III was Duke of York before those two little princes somehow got lost in the Tower, and very popular in the North.  My money is on the formidable Margaret Beaufort, Henry Tudor’s mammy, not Richard, for the “loss” of those two boys.)

Another wander through the York Museum park-and-garden, along the River Ouse and across the bridge to railroad-land.

Where we popped into the National Railway Museum for a bit of train nostalgia.

Then took a modern (more or less) mid-day train from York to Middlesbrough.

Where we transferred to the Esk Valley line for a lovely trip through the North York Moors to our next base, in the old whaling port of Whitby. This train is regularly used by ramblers to access the national park and the Esk Valley long distance trail system. Some word pictures from the Esk Valley…

The train conductor to a young couple catching their breath after dashing for the train at a local stop: “I could ‘av tol’ ya that we ‘ad a red signal and weren’t goin’ anywhere but I was enjoyin’ the spectacle”  (to giggles all ‘round).

Sturdy station houses (now private homes) of lichen-covered rough-dressed limestone blocks.  Danby has a giant monkey puzzle tree across the tracks.  Battersby’s station is nothing more than a raised bit of concrete with an outhouse (discreetly screened by a wooden privacy fence).

A dense forest of deciduous trees and shrubs follows the River Esk as it circles under and around the railway line.  There’s the occasional glimmer of a sly little brook slipping through the undergrowth.

Conifers hug the slopes to ridgelines scoured bare by frigid winds. Heather is turning bronze and purple, bracken fern getting tipped with gold, as the the nights grow cold.

Drystone walls dividing fields and snaking down the slopes to keep the sheep from straying.

The Esk rippling quietly around algae-covered rocks, so shallow you’d hardly get your ankles wet wading across. How in the world do salmon swim up the Esk to spawn on the gravel beds at Sleights (“slide”)? At Russwarp (“russop”) the Esk turns tidal and it’s suddenly a flood, paddle-borders poling their way upstream.

Then to Whitby, and our oh-so-sleek-and-modern sea-view flat in the Metropole, a classic former hotel c. 1897.