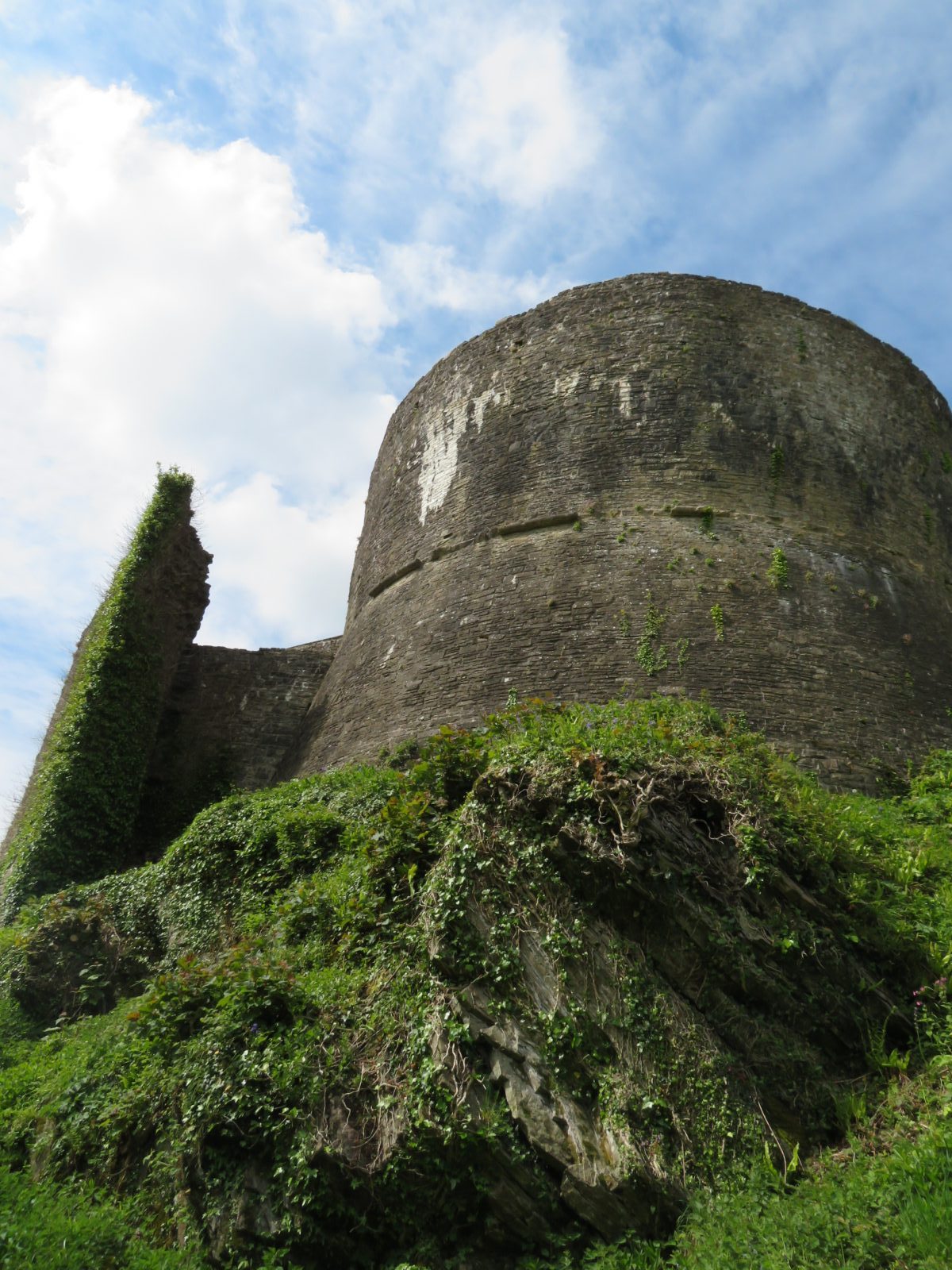 We left the Shrewsbury on the Heart of Wales line. The entire train consisted of one car, carrying us and about a dozen others. Passengers came and went, many with rucksacks – one crew had cycles – but the carriage population remained about the same. It was a gorgeous ride – and the windows were even clean enough to take photographs. Not great photos, but hopefully enough to give a sense of the journey.

We made our way into town to find Ty Glas Bach, the Little Blue House, our accommodation for the next two nights.

We spent the afternoon exploring the tiny village of Llandeilo (Khlandylo). These are a people who are not afraid of color on their buildings.

We dined in on carry out Indian – since that was the only establishment open on this bank holiday Monday. Tuesday was a glorious day spent exploring Dinefwyr Park, located just up the hill from the Little Blue House.

Castle Woods is a nature reserve, containing some of the oldest trees in Great Britain.

The Bog Walk. We came across a recent frog hatching – that dark mass in the water is hundreds of tadpoles.

The Rhys family lost their lands when Henry VIII objected to their objections to his liaison with Anne Boleyn. The family were royalists in the civil war, and when when Charles II returned to the throne (c. 1658) the “Rice” family received a grant from the crown to build a fine manor house. The house has undergone many changes and additions over the ensuing centuries.

We took a wonderful “hidden history” tour of the house with Marianne – educational and most entertaining.

A group of heifers in a separate thought we were the most exciting thing to happen in a very long time.

Dinner at the local.