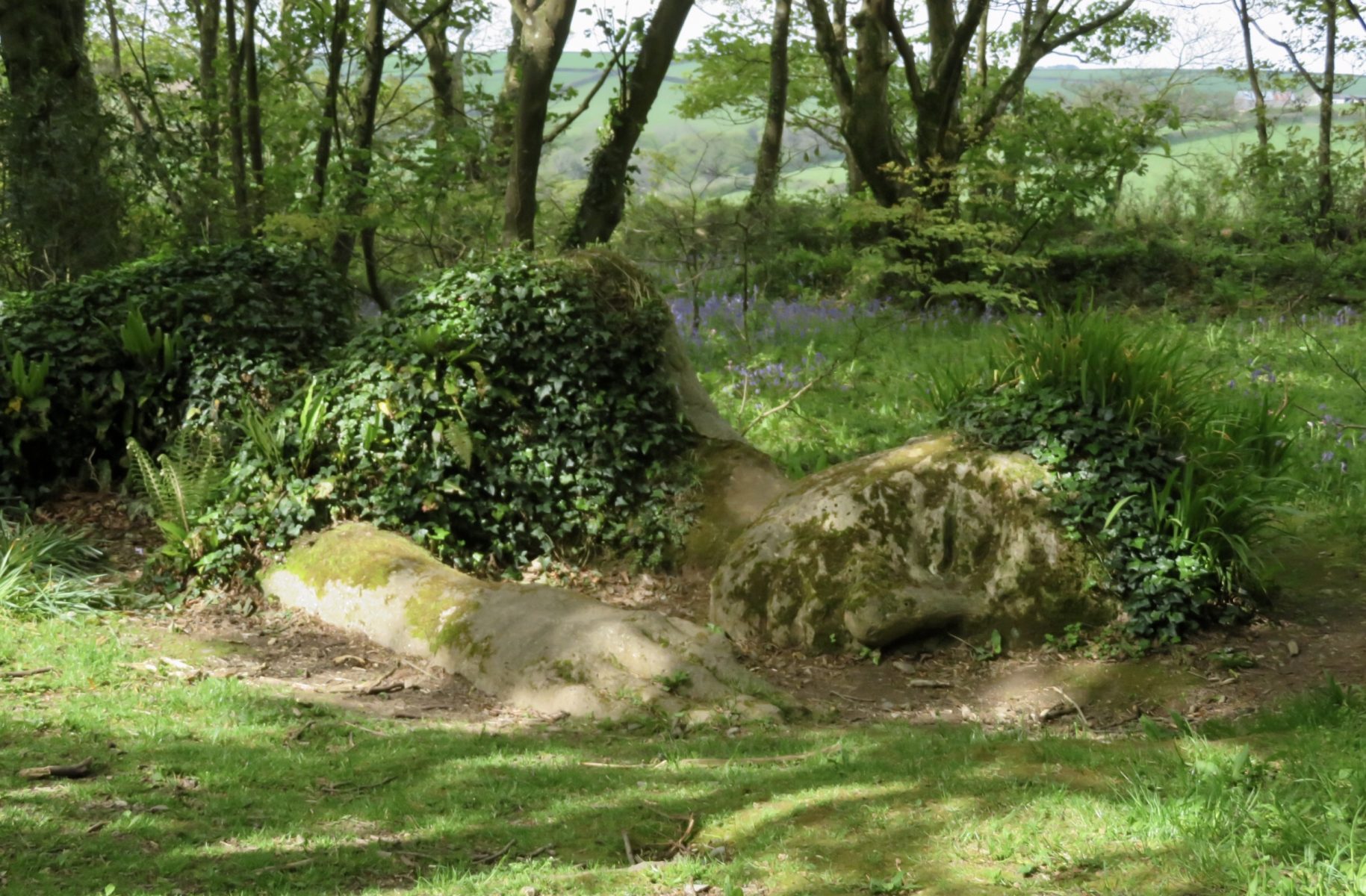 We began our last day on Cornwall at the usual spot: the Safe Harbour Hotel bus stop. It was bonus bus driver day – two for the price of one. The older gent was in training – learning the 17 twisty-turny routes that these drivers regularly drive.

We changed buses at Mevagissey for a lift up the hill to the Lost Gardens of Heligan. Matt and I have been visiting since shortly after they started restoration and it’s been wonderful to see the gardens grow over the years. It is an amazing place – even after all these visits, I’ve still never managed to see it all.

We got to hat with John Fells and watch him turnout a gorgeous acorn top in about 10 minutes. Fascinating! I’ve got video which I will try to edit and add later.

Lunch at the Steward’s House.

If you’re tired of rhododendron – well, tough on you.

The heartbreaking moment at every British garden: why can’t we grow these things at home?!

Tips for our library.

Leaving Heligan, we rode the bus back to the Mevagissey quay to catch the last afternoon ferry back to Fowey.

A film crew was at work in front of a quayside pub, stopping foot traffic repeatedly shoot 30 seconds of film. The crew spoke English, but the dialogue was in German. I was perplexed, but Google and a quick word with one of the minders supplied the answer:

“Every year more than 350,000 Germans visitors come to enjoy Cornwall and the Rosamunde Pilcher [very popular Cornish romance author] effect has a lot to answer for that. So much so that every year, 200,000 German tourists spend more than £130m in Cornwall on everything from pubs to restaurants, hotels to attractions. Many come to see where the TV series, one of Germany’s favourite and long-running soap operas, has been filmed.”

A bystander was told “the young man in front is the lead – a very well known face.” “He is?” she responded.

After finding our departure point, we spent some time exploring.

An exhilarating ride back – lovely way to see the coast.

The ferry docks near the southeast end of Fowey, so we enjoyed a last ramble through town.