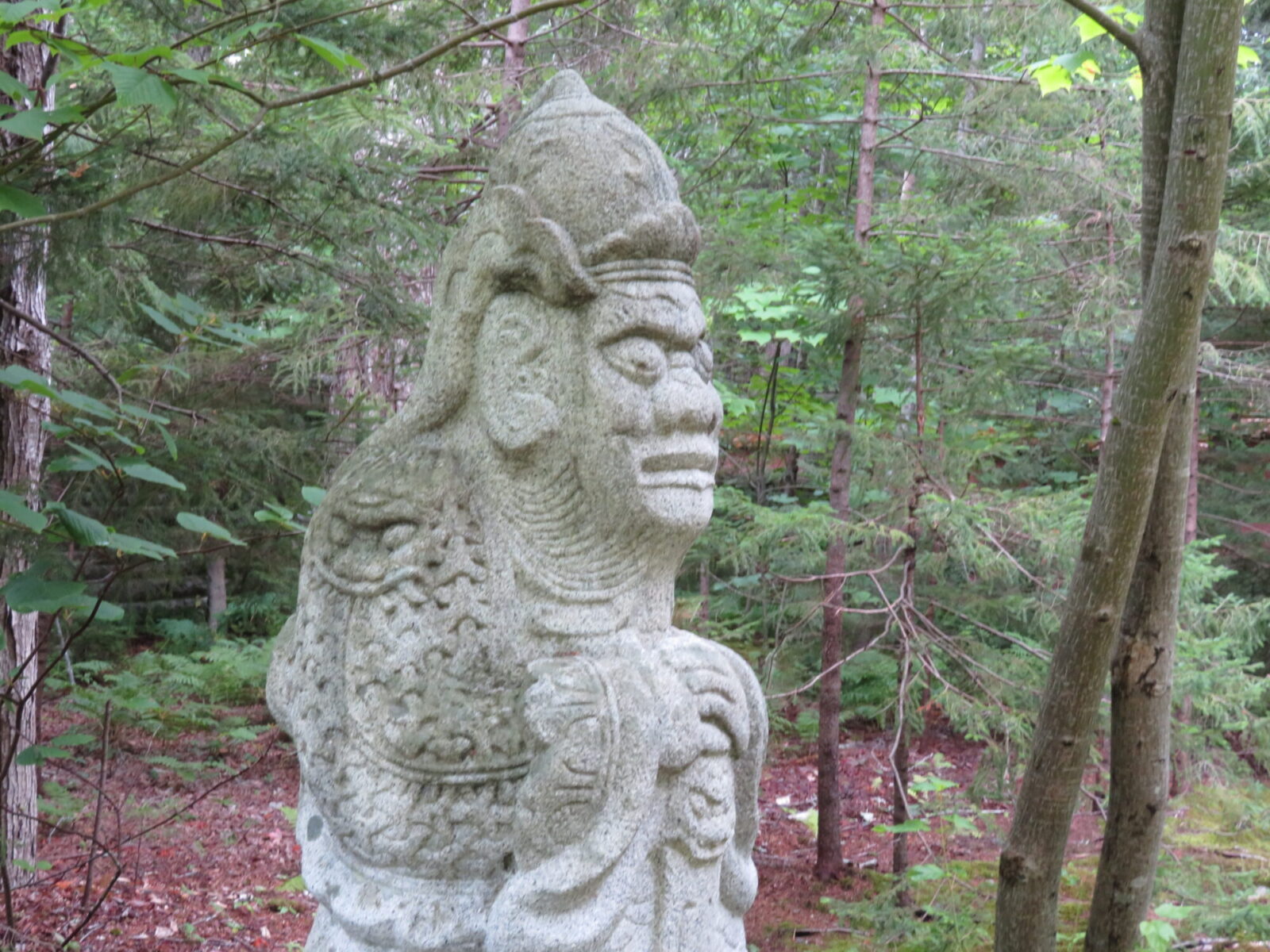 What better way to spend a cold January day than with a virtual visit to a sumptuous summer garden in full bloom? There are some advantages to writing a blog post 5 months late!

We spent our first touristy afternoon driving the Acadia Loop Road to visit the Abby Aldrich Rockefeller Garden and the nearby Asticou Azalea Garden,  on the west side of Mt. Desert Island adjacent to Acadia National Park.

The Rockefeller Garden was originally part of the grounds of the summer estate of John D. Rockefeller, Jr., who built a home here in 1910. Rockefeller joined two local residents, Charles W. Eliot and George B. Dorr, in a campaign to create Acadia National Park around that time, buying thousands of acres of land on Mt. Desert Island and donating the acreage to the U.S. government to create a national park in 1916. (Rockefeller did something similar in Grand Teton National Park in Wyoming.)

In the late 1920’s, Abby Rockefeller, John’s wife, commissioned a well known landscape architect, Beatrix Farrand, to create the garden.. (Farrand also created the marvelous gardens at Dunbarton Oaks in Washington D.C. – a must if you are a garden freak) The Rockefeller family occupied the property seasonally until John’s death in 1960. (Abby died in 1948.) The youngest Rockefeller son, David, created a Land & Garden Preserve and bequeathed the property on his death in 2017.

Visits to the garden are by appointment only to preserve the landscape and to retain the garden’s serenity by not overloading spaces with visitors. The self garden is a unique blend of natural and floral landscaping interspersed with Korean, Japanese and Chinese sculpture and architecture, all collected by Abby and her sister in the 1920’s. It is well worth the advance planning required to visit this amazing garden.

So now for the tour – hopefully the map below will help with orientation.

After leaving the car in the parking lot, visitors make their way through fairly dense forest to the Spirit Path (top left corner). This straight path parallels a Chinese wall enclosing the Border Garden (where the blooms are) on three sides. The ceramic tiles on top of the wall were made in the 18th century for the Forbidden City in Beijing, and the statuary lining the Spirit Path is Korean funerary sculpture. (We can talk about the cultural appropriateness of this artistic collection over beers.)

Entry to the Border Garden, which was originally designed as a cutting garden. There’s a “cool side” and a “warm side,” both using perennials, hardy vines, shrubs and trees for form with masses of annuals for color and fragrance. The cool side first.

The Oval Garden, west of the Border Garden.

Walk to the Eyrie Terrace, where the Rockefeller home was located.

Before moving on the the azalea garden, how about a little break in Northwest Harbor (where we had a not great lunch at The Colonel’s). Fun little downtown Main Street, though.

August is not the time to see azaleas in bloom, so the Asticou Azalea Garden was not at its finest. Still, a lovely little space, superbly landscaped.