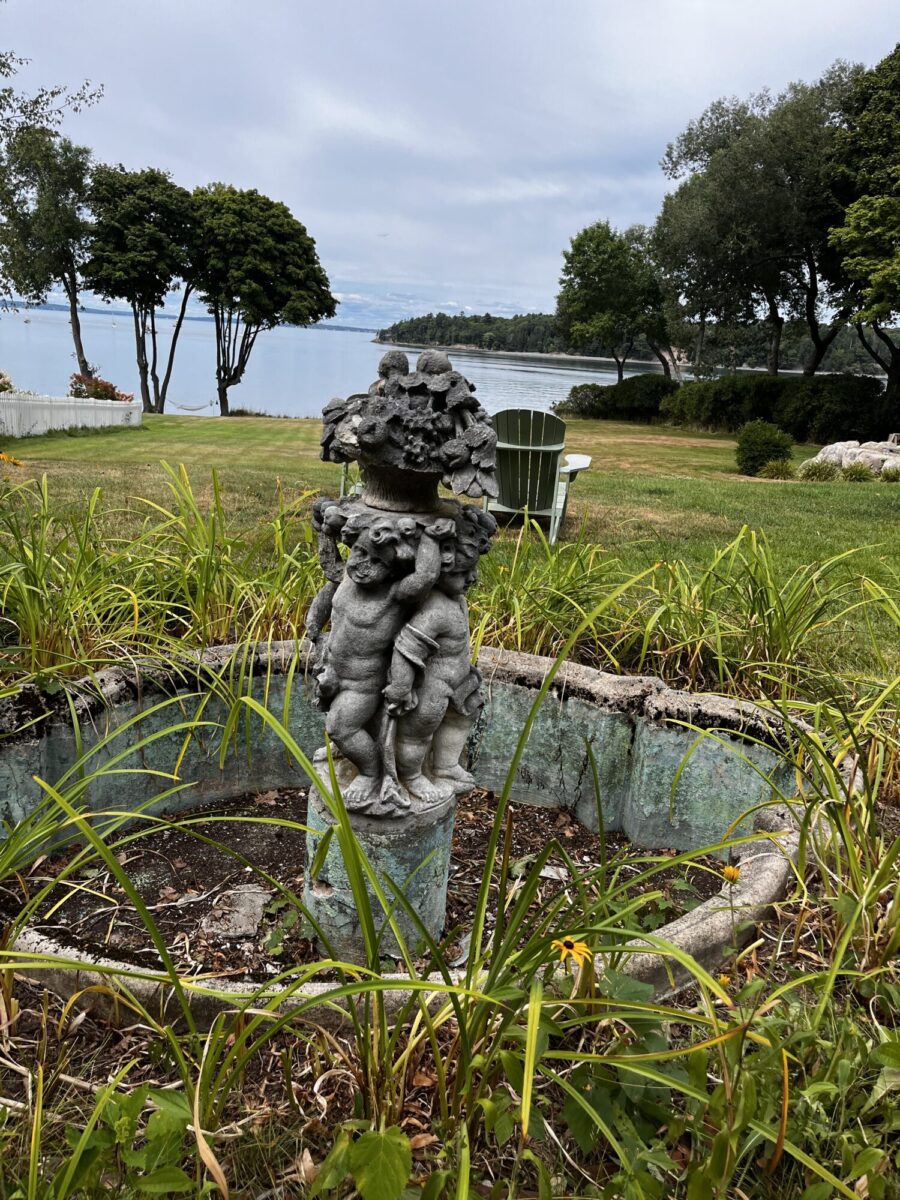 We stayed in Bar Harbor for a week, so had lots of time to explore the town and its surrounds. Let’s start with a bit of geography and history. Bar Harbor is in northern Maine, very close to the border with Canada. You can catch a ferry to Nova Scotia from here.

Bar Harbor is located on Mt. Desert Island, which is not a desert, and is usually pronounced “dessert.” The name’s origins lie with Samuel de Champlain, the 17th century French explorer who was the first European to report on the area. He called it, suitably enough, the “Island of Barren Mountains,” or L’Isle des Monts-déserts in French.

Acadia National Park occupies about half of Mt. Desert Island, as well as land on the tip of the Schoodic Peninsula (across the bay) and on another nearby island, the Isle au Haut.

Acadia is unusual for a US National Park because the park’s boundaries contain a mix of public and private lands – an artifact of the area’s origins as a playground for the rich. Native peoples used the island for hunting, fishing and shellfish gathering, but they were quickly displaced by French and English colonists, who competed for control until the American Revolutionary War ultimately decided ownership in favor of the US. The town was incorporated in 1763 under the name of “Eden.”

In the mid 19th century, artists from the Hudson River School began frequenting Eden, attracted by the dramatic coastal scenery. Eden’s first hotel opened in 1855. By 1880, there were 30 hotels and Eden’s fate as a tourist destination was sealed. A lot of Gilded Age wealth found its way to the island, as rich industrialists from New York, Boston and similar points south built massive “cottages” as summer getaways. In 1918, the town was rechristened Bar Harbor, named after the gravelly sand bar that connects the town to Bar Island at low tide (shown as Mt. Desert Narrows in the clip above).

The Saltair Inn is typical of the “cottages” built in Bar Harbor by wealthy elites in the late 19th and early 20th centuries. Constructed in 1887, it’s located on the waterfront right next to the Bar.

Changing hands many times over the last century. the house fell into disrepair. It has been lovingly restored over the last 20 years by the Inn’s fabulous hosts, Matt and Kristi. Their breakfasts were amazing! On our first morning, we were served a “fruit cairn” starter (made of pineapple, raspberries and bananas) then feasted on rolled omelettes and crostini with goat cheese and grilled cherry tomatoes. Every breakfast was a delight.

Rooms are spacious, elegant and very comfortably furnished. We splurged on a suite with a semi-private deck and sea view.

A ramble ’round downtown Bar Harbor.

Bar Harbor’s beautiful little library, funded largely by wealthy benefactors. The library in the next town over was closed, with signs protesting the closure present in many yards.

A stroll through the less expensive neighborhoods. (I’m very happy to be reliving this summery stroll while looking at heaps of snow outside my Boulder windows.)

Strolling the Bar to clamber up Bar Island, at different times of day. There are no houses on the island today – and no bridge – thanks to John D. Rockefeller, who bought the island and gave it to the town. The Bar is interesting, the island not-so-much.

We enjoyed lovely evening strolls, with many magnificent sunsets viewed from the harbor.